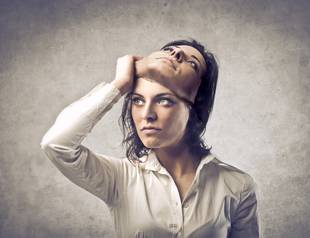 Our personalities are the products of many factors and conditions which we have inherited or which exist in our environment. No two persons, except identical twins, have the same heredity. No two persons react in the same way to their environments. Every personality is unique and makes the individual different from others.

Some people believe that heredity is the most important factor that decide what any person will be like. Other people believe that the environment is the most important influence in deciding the behavior of any person. For ages these two viewpoints have been expressed and the question as to which is more important has been discussed. Today scientists agree that the best approach to the problem of explaining behavior is a study of the combinations of the two influences - heredity and environment.

We know that a new individual develops when a male cell (sperm) combines with a female cell (ovum). Soon after the sperm penetrates the ovum, the head of the sperm divides and releases twenty-four small bodies in the nucleus of the cell (chromosomes).

These chromosomes pair with those of the ovum which also number twenty-four. The new individual, therefore, starts life with forty-eight chromosomes, each different from the others in shape and size. Through a proces of division and redivision, each cell in the new individual eventually has an exact duplicate of the original set of chromosomes. This explains why a child resembles his father's family in some respects and his mother's family in others, for the chromosomes carry the characteristics of the families concerned.

Each chromosomes is made up of small elements called genes which are inherited from the parents. Each pair of genes, one from the father and one from the mother, is responsible for a particular aspect of a child's development. Each pair determines some physical feature of the child.

When a gene carrying a dominant trait is paired with a gene carrying a recessive trait, the dominant trait is transmitted to the child. This explains why a child, for example, has his father's height or his mother's nose. Other paired genes join to produce a seeming combination of both traits which explains a skin color somewhere between that of the father's very dark skin, and the mother's which is very fair.

Heredity also influences the nervous system and affects the child's mental development. Let us distinguish two important terms: aptitude and ability. Aptitude is a pattern of traits needed for learning a particular task. Ability is the power to do the task. Our abilities depend to a considerable extent upon our aptitudes. Aptitudes are inherited; abilities are acquired through practice. If you are an excellent musician, painter or sculptor, will your children be excellent artists, too? If you are a bright student, will your children also be bright students?

Aptitudes for the arts or for scholarship are inherited, but artistic or scholastic abilities must be built upon aptitudes through proper training and experience. Aptitude alone does not mean ability to perform the task. Aptitudes set a limit on ability, but training and experience will help determine how far you can develop your abilities. Abilities are developed; not inherited. Things that you do to improve yourself mentally or physically cannot be passed on to your offspring through heredity.

There are hereditary factors transmitted to the child by parents for traits they do not show themselves. This explains why a child may not be resemble either parent but resembles relatives, both sides. The parents, of course, received their physical characteristics from the chromosomes of their own parents who in turn received theirs from their respective parents, and so on, as far back as we can imagine. This explains why members of a family do not always resemble each other as a result of the various combinations of the genes. You can also understand why these members of the family are at the same time more like each other than the people outside their family.

A child's behavior is also learned from his environment- the people and things around him. At birth, the new-born baby has no understanding of the proper way of behaving in this world. He has to learn to eat, to walk, to talk, to develop honesty and fair play which are accepted behavior patterns in his social environment. The people he comes in contact with have much to do with personally development.

The group in which we live may be classified into two - primary groups and secondary groups - each of which has to do with personality building.

Primary groups are characterized by intimate face-to-face association and cooperation. The chief primary groups are the family, the playmates, and the neighborhood friends. To these groups may be added the school, the church, and other small social units. One knows personally all those in the primary groups of which he is a part. He meets directly all their conditioning influences.

In the family the child first learns ways of thinking, acting, and realting oneself to others. Parents use various ways to teach these things. The child learns largely in two ways. He realizes that he is either rewarded or punished by his parents or his older brothers and sisters, depending upon whether he does or does not comply with their wishes. He imitates the people around him to gain the approval of others. Through imitation he learns many things his family does.

We learn that in our culture we have to act in a certain way. The roles we play are either of two kinds: assigned or acquired. Assigned roles are those we have no control over. We find ourselves already assigned to play the role of boy or girl, the role of member of a particularly family, and of a certain nationality or race.

In acquired roles we have a choice. A child of three, for example, must be told by his mother or someone else that he must not take things that do not belong to him without the owner's permission. When he is old enough, he tells himself that he must not take anything from another person's desk or locker. No other person needs to tell this to him if he has learned the rule well as a young child. A child is not born honest, but he can be taught to be honest. If he were dishonest, his conscience as well as society would punish him.

The child who steals was not born dishonest. Either he did not learn the rule well or, for certain reasons, he did not obey the rule he knew. Perhaps he grew up among people who did not value honesty. He might have been told by his parents that "honesty is the best policy" but the same parents would boast to the child of shady business deals or of shoplifting at the store when no one was looking. The child learns the behavior of the people around him.

Sooner or later, a majority of young people have to shift from the primary group to the secondary group. Usually the shift is attended by difficulties in adjustment. This is so because contacts in the primary groups are warm, close, and have a sympathetic and sheltering influence while those in the secondary groups are cold, impersonal, and usually cruel and competitive in nature.

The shift from the primary to the secondary group may occur when the family moves from one neighbor hood to another. Perhaps the young child leaves his town to enter high school in the provincial capital, or leaves the farm to seek work in the city.

The Individual who leaves his home and neighborhood is suddenly exposed to a larger world peopled with strangers. In the smaller world, the child is conditioned to a well regulated behavior. In the larger world, his personality is reshaped, because the secondary group forces him to question the patterns he has formed through group experience. Essentially he may not change much for he remains faithful to the habits, customs, and traditions of his family, neighborhood and community. After the child matures in the primary group he usually moves to a secondary group where he continues to learn to fit better in a social world.

In our modern society group life is continually. The relative influence of the primary group is declining. Slowly but surely, our social particular partition in secondary groups are increasing. Besides, leaders in some secondary groups attempt to personalize the members to make the individuals more loyal to the group. In urban areas, groups are becoming increasingly more specialized. They are devoted to specific puposes and have activities limited to those purposes.

We learned that our personalities are greatly influenced by biological and environment factors. In addition there are the social and cultural factors in personality. Our relationships with other human beings involve what is called social interaction. Social interaction is the give-and-take process through which human beings affect one another's behavior. This process is well illustrated when we play a game or carry on a conversation. One person's move - the batter in baseball making a hit, for instance - may start a chain of reactions in others, whether players in his team or in the opposing team as well as among the spectators. A nasty remark from one among a group in conversation will set another chain of reactions. The resulting interaction may involve many persons and affect their behavior patterns. To learn why one reacts as he does, one must understand the social has learned his ideas, habits, and attitudes.

TagsPersonalitySocialWhere Your Personality Came From