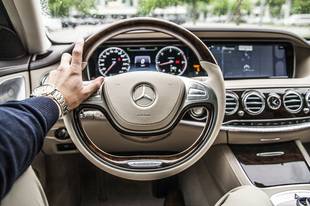 There are many ways to acquire money and be rich. It can be winning a lottery, a successful business or maybe even marrying a billionaire. A lot of thanks can be from the dotcom boom and the money that poured into Silicon Valley that allowed many aspiring entrepreneurs to join the ranks, earn millions and entering the class of the newly rich otherwise known as the nouveau riche.

So what is Nouveau Riche? Based on its definition, Nouveau riche is a term, usually describe those whose wealth has been acquired within their own generation, rather than by familial inheritance. The equivalent English term is the “new rich” or “new money” (in contrast with “old money”/”vieux riche”).

Sociologically, “nouveau riche” refers to the man or woman who previously had belonged to a lower social class and economic stratum (rank) within that class; and that the new money, which constitutes his or her wealth, allowed upward social mobility and provided the means for conspicuous consumption, the buying of goods and services that signal membership in an upper class.

In other term, A social climber. Someone who is not originally rich but brags their wealth and achievements through material possessions. Thinking that they can show people how rich they are because they can afford things that only rich people can afford. But honestly, people from upper class particularly the old rich, find these social climbers ridiculous, lack of pedigree by being ill-mannered and displaying poor taste. These social climbers usually display loud behavior. They are also, more often than not, flaunting their wealth and are dressed in designer from head to toe. They love to publicize their every single move and conquest, and boorishly brag about their possessions.

Compare to the old rich that shows refinement, class and privacy, these nouveau riche are loud, vulgar and tacky. Truly, no matter how wealthy a person is, you can not buy class and manners. Being rich doesn’t mean you are classy because you can be rich without class and manners.

But here’s the good news. Even though you are “New Rich” and didn’t came from a wealthy family. You can still act with class and decency by following these etiquette. And besides, there is nothing wrong for being a new rich. As a matter of fact, I find story of rags to riches as an inspiration. The only wrong thing is some people lost class and manners when they have much money on their pocket. Thinking that through their wealth they are better than anybody.

Don’t be a Slave of Luxury Brand

Merely because you can afford to buy everything Gucci, Versace, Hermes, and Louis Vuitton doesn’t mean you should pile it all on at once. Nothing says, “I got rich last week and have no clue and no class” like a person covered in exposed labels. Rocking the most expensive Birkin bag doesn’t stand for elegance anymore. It shows how shallow you are as a person. Please don’t get me wrong, a classy lady doesn’t shun luxury brands. A classy lady value any item that has great quality and can be passed to next generation. But to brag those online? Thinking that you are better than anybody because you have those? It makes you look cheap sweetie.

Show Courtesy. All the time

Just because you are rich and powerful in some circles—or you want to appear that way because your daddy is—doesn’t mean you always need to be on the telephone like you’re making an important deal. If you are at the table or someone’s guest, have the courtesy to be present and pleasant. A lack of basic manners is a dead giveaway to your newly acquired wealth and won’t earn you any brownie points among people around you. They’ll be waiting in the shadows on your way back down, ready to pounce.

Coming into a large amount of money is when people tend to splurge, celebrating the worries they no longer have. This is not that rich people do not worry about money, they simply put much more emphasis on having fun while spending it. One thing is for sure the greater the amount the more toys will be bought.

Those who have been wealthy for all of their lives, also know as old rich may spend differently, they aren’t used to having monetary worries. Most will spend in a relaxed manor for they already live in a large home, drive fancy cars and eat expensive foods. Their entourage is most often of the same wealth class. After all, they’ve had money since the day they were born. But for the nouveau riche whose memories of the hardship days are still fresh in their minds, spending on items to catch up with the old rich is understandable, if not unavoidable. Most people already have prepared what their first purchase would be as a multi-millionaire. But bear in mind that there is more to life than material possessions. Instead of splurging your money, you can use that to better things like starting a new business, investing, charity works and etc.

Which tacky individual took rhinestones and gave them a new name? Jewel-encrusted phone covers, iPad cases, sunglasses, and other paraphernalia are for teenage girls. You do not need to be surrounded by sequins or those ghastly Swarovski crystals at all times. Diamante does not make you look better, richer, or more important. It makes you look like a walking disco ball. If you need more glitter in your life, there is something wrong with you. The money would be better spent on a good shrink.

Okay I get it. You just want to share with your followers online how you enjoyed your vacation to Maldives and the luxurious yacht you stayed in. And besides, your followers must be grateful of your generosity for posting your travel photos online. For that reason, they got a chance to witnessed the beauty of the place without spending any cent. The thing is, not everything should be posted online. As a rich person, people will always keep an eye on you. For your safety, you shouldn’t attract unnecessary attention. It’s better to keep your luxurious lifestyle in private.

7 Lies Of Success That You Must Practice

Why A Signature Perfume Is Important For Your Self-esteem