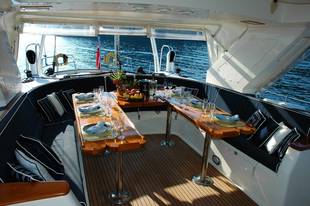 Regardless of how much or how little money they may have, middle-aged men and women are interested in money though the emphasis of their interest may be different. Also, the interest men have in money during middle age is often radically different from that of middle-aged women.

Unless his wife, children, or relatives make heavy demands on him, the middle-aged man is less concerned about how much money he earns than he was when he was younger. Stability of work, job satisfaction, and prestige are more important to him than earnings. And because most men in the skilled-artisan field, in business, and in professional fields are reaching the peak of their achievements during middle age, many of the money worries they had when they were younger are lessened.

For those in the unskilled and semiskilled groups, employment is less stable as workers become middle-aged. In addition, the slowing down of middle-aged workers’ speed as well as the difficulties they often experience in learning new techniques frequently force them to accept jobs at wages below those of their earlier peak years. For them, money becomes a source of real concern.

Poor health, debts carried over from earlier years, or economic responsibilities for elderly relatives tend to heighten money worries for middle-aged men of all occupational groups, except those whose incomes are more than adequate to meet their needs. And with worry comes a focusing of attention on money.

The middle-aged woman is often more interested in money than the middle-aged man. Not only will money provide her with many of the material possessions she wants, such as clothes, a car, and a home that will compare favourably with those of her friends or come up to her own standards, but it also means security to her. Worry about financial security in case of death or illness of the breadwinner or if there should be a divorce plagues many middle-aged women of today. This concern heightens their interest in money.

In middle age there is usually a change in attitude toward the use of money. As a result of having budgeted their incomes to meet family needs and because they realize the necessity for having money put aside in case of emergencies and for their old age, many adults regard extravagance as wrong. This attitude strengthens as the person grows older and is more the result of a different value system than of conservatism, which is typically associated with advancing age.

Because middle-aged people like to think of themselves as the “command generation” – the group that exercises the most power – they want certain material possessions that will proclaim their status to others. As Packard has pointed out, “The status arises from the evaluations many people have in the backs of their heads as to the social worth of such thing – address, home, etc. – as status symbols”

While any material possession of value can be used as a status symbol, a home, a car, and clothing are most valuable because they are most visible. A home is generally considered the most important status symbol because others are impressed more by its cost than by the cost of a car or clothing. If it has a “proper” address, its status-symbol value is enhanced. Furthermore, it offers opportunities for the use of other status symbols such as expensive furnishings, antiques, and art objects.

The more anxious the individual is to move up the social ladder, the more important status symbols become. When socially mobile middle-agers move to new neighborhoods or new communities, neighbors and business associates appraise them on the basis of their status symbols before accepting or rejecting them. The more status symbols they have and the more valuable and visible they are, the better their chances of gaining acceptance.