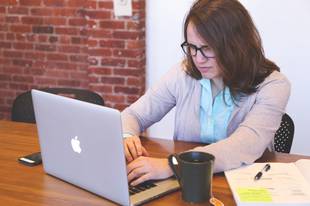 Although workers at all levels – white-collar, blue-collar, and professional – may become dissatisfied with their jobs, women and members of minority racial and religious groups are more apt to experience job dissatisfaction because they are subjected to discrimination and may feel they have little hope of advancing, regardless of the quality of their work.

The most common causes of job dissatisfaction are boredom, lack of autonomy, lack of congeniality with co-workers, restrictions on free time, a job that makes the worker feel like a cog in a big machine, slow advancement up the vocational ladder, and an anti-work attitude carried over from childhood and adolescence.

Dissatisfaction is especially common among those who feel their jobs are below their abilities. Job dissatisfaction is expressed in many ways. Besides affecting performance in the present job, dissatisfaction with work has many serious long-term consequences. First, motivation is lowered to the point where workers may become habitual under-achievers, working constantly below their capacities. As a result, they will be overshadowed when they compete with other, better motivated workers who exert more effort to succeed. When women become underachievers because they fear success, as Horner has pointed out, a high price is “paid by the individual in negative and interpersonal consequences and by the society in a loss of valuable human and economic resources”.

A second long-term consequence of job dissatisfaction is that workers may verbalize their complaints and gain the reputation of being “gripers” or “troublemakers” – a reputation they may carry from one job to another.

A third consequence of job dissatisfaction is that it may affect attitudes toward work and toward those who have authority. Much of the aggressive hostility of workers that makes them “strike-prone” stems from the habitual dissatisfaction they experience from their work.

Many adults try to compensate for job dissatisfaction by pursuing an avocation that does give them satisfaction or by enjoying a happy home life and realizing that they are providing well for their families. A man may become active in community organizations, for example, or he may engage in a creative activity, such as painting or writing.

A second and less common vocational hazard is unemployment, the severity of which depends on three conditions. First, if unemployment is voluntary, the effects will be far less severe than if it is involuntary. For example, an adult who gives up a job in order to find a better one is less affected by unemployment than a worker who is fired.

Second, the length of unemployment determines how severe a psychological hazard it will be. If it lasts a relatively short time, workers are far less seriously affected than if it is prolonged to the point where their whole standard of living must be radically revised and they begin to consider themselves no longer employable.

The third and most important factor is what workers believe to be the cause of their employment. Some people tend to blame themselves for unemployment. Some people tend to blame themselves for unemployment and to think of themselves as failures. They develop defensive attitudes that militate against good adjustments to any jobs they may obtain in the future. Other workers place the blame on an antagonistic supervisor. A worker who does not take the blame personally escapes many of the psychological effects that interfere with subsequent vocational adjustments.