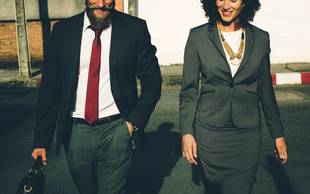 Early Adulthood Is a Time of Commitments

It does not seem possible that people make commitments “for ever.” This is too big a responsibility to be borne. Yet some commitments have that quality: if you are a parent you are a parent forever; if you take a DDS, the chances are good that you will be working on people’s mouths forever; if you achieved a Ph.D. because you did well in school when you were a kid, the chances are that you will spend your life as a professor.

Early Adulthood Is Often a Period of Dependency

In spite of achieving the status of legal adulthood at age eighteen, with the independence this status carries, many young adults are partially or totally dependent on other for varying lengths of time. This dependency may be on parents, on the educational institution they attend on part or total scholarship, or on the federal government for loans to finance their education.

Some young adults resent this dependency , though they realize it is essential if they are to get the training needed for their chosen careers. Many, however, take the financial support of their parents, of educational institutions, or of the government for granted, but feel no obligation to be dominated in any way by those who have financed their training for their future careers. They expect and demand the same autonomy that their self-supporting age-mates have.

Other young adults, while rebelling against the dependency a prolonged career training necessitates, become so accustomed to depending on others for financial support that they question their own ability to become economically independent. As a result, they often become “perpetual students,” going from one training center to another for more and more training for their careers. To compensate for any feeling of guilt or shame they may have for playing the perpetual student role, they try to convince themselves and others that the more training they get, the greater their chances for reaching the top of the ladder in their chosen careers. As a result, their state of dependency is often prolonged into the late twenties or early thirties.

Early Adulthood Is a Time of Value Change

Many of the values developed during childhood and adolescence change as experience and social contact with people of different ages broaden and as values are considered from a more mature standpoint. Adults who used to consider school a necessary evil may now recognize the value of education as a stepping-stone to social and vocational success and to personal fulfilment. As a result of such changed values, many adults who dropped out of school or college decide to finish their education. Some find studying so stimulating that they continue to take courses even after receiving high school or college diplomas.

There are many reasons for value changes in early adulthood, three which are very common. First, if young adults want to be accepted by members of the adult group, they must accept the values of the adult group just as, during childhood and adolescence, they had to accept the values of their peer group to win acceptance. Many young adults discover that the “sloppy Joe” appearance of their school and college days and rebellious attacks on the establishment must give way to adult-approved appearance and behaviour if they want to be accepted in adult economic and social groups.

Second, young adults soon discover that most social groups hold conventional values about beliefs and behaviour, just as they do about appearance. While the adolescent peer culture may have regarded premarital sex as acceptable behaviour, most adults do not and demand more conventional courtship and marriage as the price of acceptance into the social group.

Third, young adults who become parents not only tend to change their values earlier and more radically than those who are unmarried or childless, but they also shift to more conservative and traditional values. In general, the values of most young adults change from egocentric to social. Members of the “me” generation – those who think mainly of their own happiness and desire for self-indulgence – gradually become more socially conscious and concerned as they assume the roles of spouse and parent.

Early Adulthood Is the Time of Adjustment to New Lifestyles

While lifestyles in the American culture have been in a state of flux since the turn of the present century, at no period in the life span is this more true than in early adulthood. And in no area of early adult life are new lifestyles more prevalent than in the areas of marriage and parenthood. Instead of the traditional courtship of the past, many young adults regard premarital sex as an accepted part of the courtship pattern. Similarly, use of contraceptives and resort to abortion when contraception fails are so widespread among young adults, especially those who are in colleges or training schools, that they also are regarded as part of the courtship pattern. Nor is marriage after pregnancy regarded as the “hush-hush” matter it formerly was. Instead, many young couples want as large and as elaborate weddings as they had hoped for before the bride became pregnant.

Of the many adjustments young adults must make a new lifestyles the most common are adjustments to egalitarian rather than traditional sex roles, new family-life patterns, including divorce and one-parent families, and new vocational patterns, especially large and impersonal work units in business and industry.

While it is always hard to adjust to new patterns of life, the adjustments young adults must make today are especially difficult because what preparation they received in childhood and adolescence was usually unrelated to or unsuited to the new lifestyles. For example, preparation for marriage received at home or in school was very difficult from that needed for cohabitation. Similarly, young adults are seldom prepared to cope with the responsibilities involved with being a single parent or a combination parent and worker outside the home.

Early Adulthood Is a Creative Age

Unlike older children and adolescents who want to conform to the appearance, behaviour, and speech of their age-mates for fear of being regarded as “inferior,” many young adults pride themselves on being different and do not regard this as an indication of inferiority. Because they are no longer shackled by the restrictions placed on their behaviour by parents and teachers, young adults are free to be themselves and to do what they want to do.

What form creativity will take in adulthood will depend upon individual interests and abilities, opportunities to do what they want to do, and activities that give the greatest satisfaction. Some young adults find a creative outlet in hobbies while others choose vocations in which they can express their creativity.

Even though interest in creative activities starts in the twenties, creative achievements often do not reach their peak until middle age. This is due to the fact that creativity is more often discourage than encouraged in the early years of life. Thus it is that during early adulthood men and women must not only discover where their creative interests and talents lie but they must also develop their capabilities which, in many cases, remained dormant while the patterns of their lives were prescribed by parents and teachers. As they approach middle age, however, men and women should have overcome these obstacles sufficiently to achieve the maximum of which they are capable.

As adolescents, girls are given more opportunity to be creative than boys – since creativity is regarded as more sex-appropriate for females than for males. Therefore, as young women, they tend to be more creative in whatever they do – in their dress, their home decorations, or their hobbies – than men. However, home duties and child-care responsibilities often hamper expressions of creativity. As a result, when they reach middle age, women’s creative achievements often lag behind those of men who, earlier in adulthood, were less creative than they.

When the economic status of adults improves, they tend to expand the range of their interests to include those they previously could not afford. If, on the other hand, their economic status is strained, due to family responsibilities or lack of vocational advancement, many interests must be abandoned.

Young adults must reassess their old interests in terms of the time, energy, money, and companionship they entail to see whether they fit into their new life patterns or give as much satisfaction as they did earlier.

The new values the individual acquires influence already-existing interests or lead to new ones.

The pattern of adult women’s lives differs markedly from that adult men’s lives, with the result that sex differences in interests become greater than they were earlier.

Changes from Single to Married Status

Because their life patterns differ, unmarried adults develop different interests than those of married adults of the same age level.

When young adults become parents, they usually do not have the time, money, or energy to keep up their former interests. Instead, their interests become family-oriented rather than self-oriented. Whether they will resume their former interests when their parental responsibilities end will depend largely on how much they missed opportunities to pursue those interests and partly on the prevailing conditions in their lives.

Likes and dislikes, which have a profound influence on interests, tend to become stronger with age, and this leads to increased stability of interests in adulthood.

Changes in Cultural and Environmental Pressures

Because at every age interests are influenced by pressures from the social group, as social-group values change, so do interests.