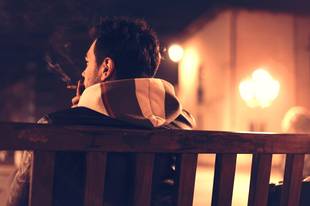 Early Adulthood Is a “Problem Age”

The early adult years present many new problems, different in their major aspects, from the problems experienced in the earlier years of life. With the lowering of the age of legal maturity to eighteen years, in 1970, young adults have been confronted with many problems they are totally unprepared to cope with. While they are now able to vote, to own property, to marry without parental consent, and to do many things young people could not do when the age of legal maturity was twenty-one years, there is no question about the fact that “this new-found freedom is creating unforeseen problems for the youthful adults, and often for their parents, too”. The adjustments to the problems of adulthood have been intensified by the shortening of adolescence, which has given individuals less time to make the transition from childhood to adulthood.

From the beginning of adulthood, the average American of today is preoccupied with problems related to adjustments in the different major areas of adult life. In the years from the beginning of legal adulthood to thirty, most men and women are adjusting to marriage, parenthood, and jobs. In the decade from the thirty to forty years, adjustments focus more on family relationships because it is an accepted fact that changing jobs or selecting a new vocation after mid-thirties is difficult if not impossible. Consequently, most men have made their adjustments to their work earlier and are now concentrating on adjustments related to problems of parenthood.

Because the problems young adults must face are difficult and well as time- and energy- consuming, these adjustments will not all be made at the same time, nor will their final forms be accepted simultaneously. It is difficult, if not impossible, for example, for men to adjust to their chosen vocations at the same time they are trying to adjust to marriage. Similarly, when parenthood comes within the first year of marriage, most women, as is true also for men, find adjustments to the problems this new role gives rise to so difficult that they often fail to make them satisfactorily.

These are many reasons why adjustment to the problems of adulthood is so difficult. These are especially common. First, very few young people have had any preparation for meeting the types of problems they are expected to cope with as adults. Education in high school and college provides only limited training for jobs, and few schools or colleges give courses in the common problems of marriage and parenthood. Even those who have had baby-sitting experience have limited preparation for parenthood because most baby-sitters are hired only for short times when parents are out of the home and their major responsibility is to keep the children safe and happy until the parents return.

Third, and perhaps most serious of all, young adults do not have the help in meeting and solving their problems that they had when they were younger. This is partly their own fault and partly that of their parents and teachers. Most young adults are too proud of their new status to admit that they cannot cope with it. So, they do not seek the advice and help in meeting the problems this new status gives rise to. Similarly, most parents and teachers, having been rebuffed by adolescents who claimed they were capable of handling their own affairs, hesitate to offer help unless they are specifically asked to do so. That is why, as was stressed earlier, the shortening of adolescence in the American culture has made the transition to adulthood especially difficult.

Early Adulthood Is a Period of Emotional Tension

When people are trying to get the lay of a new land in which they find themselves, they are likely to be emotionally upset. This, unquestionably, was in part at the basis of the student riots of the 1960s. As near-adults or young adults, they were still college students on the verge of entering the adult world of work. As they looked out from their ivy-covered towers, they did not like what they saw and wanted to change it.

Now, a decade or more later, it is interesting to see how these angry student rebels have settles down and become a part of the mainstream of American life. Having had opportunities to assess their tactics, most of them have come to the conclusion that the way to bring about the changes they wanted to make as students could best be done from within the established pattern of American life rather than from the outside. As a result, many of them have joined the very establishments they previously tried to overthrow and have settled down as competitive workers, parents, and law-abiding citizens.

By the early or mid-thirties, most young adults have solved their problems well enough to become emotionally stable and calm. Should be heightened emotionality characteristic of the early years of adulthood persist into the thirties, it suggests that adjustments to adult life have not been satisfactorily made.

When emotional tension persists into the thirties, it is generally expressed in worries. What young adults worry about will depend on what adjustment problems they are facing at the time and how much success or failure they are experiencing in meeting these problems. Their worries may be mainly concentrated on their work, because they feel they are not advancing as rapidly as they had hoped to, or their worries may be concentrated on marital or parent-hood problems. When adults feel that they have not been able to cope with the problems in the major areas of their lives, they are often so emotionally disturbed that they contemplate or attempt suicide.

Early Adulthood Is a Period of Social Isolation

With the end of formal education and the entrance into the adult life pattern of work and marriage, associations with the peer groups of adolescence wane and, with them, opportunities for social contacts outside the home. As a result, for the first time since babyhood even the most popular individual is likely to experience social isolation, or what Erikson has referred to as an “isolation crisis”.

Many young adults, having become accustomed throughout childhood and adolescence to depending on peers for companionship, experience loneliness when responsibilities at home or at work isolate them from groups of their peers. Those who were most popular during their school and college days, and who devoted much of their time to peer activities, find the adjustment to social isolation in adulthood especially difficult. Whether the loneliness that comes from this isolation will be temporary or persistent depends on how quickly and how satisfactorily the young adult can establish new social contacts to replace those of school and college days.

Isolation is intensified by a competitive spirit and a strong desire to rise on the vocational ladder. To achieve success, they must compete with others – thus replacing the friendliness of adolescence with the competitiveness of the successful adult – and they must also devote most of their energies to their work, which leaves them little time for the socialization that leads to close relationships. As a result, they become self-centered, which contributes to loneliness.