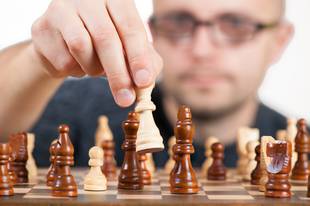 People differ widely in intelligence, knowledge, and skills. What a person can do now and what he or she can do later if given appropriate training may also differ. This training has a measurable influence on our behavior. Thus, the practical applications of using tests are widespread.

How do aptitude tests differ from a achievement tests?

How may test scores be useful?

Studies of reliability tell us whether tests scores are consistent over time. Studies of validity tell us how well a test measures what it is intended to measure - how well it predicts according to an acceptable criterion.

In order to evaluate reliability, we must secure two independent scores for the same individual on the same test separately, by repeating the test, or by giving it in two different but equivalent forms. A set of paired scores from a group of individuals enables us to determine the test's reliability. If two measurements produce about the same score levels the test is reliable. A measure of the degree of relationship between two sets of scores can be provided by the coefficient of correlation between two sets of test scores.

To measure validity, we must also have two scores for each person: the test score and some other measures of the ability called a criterion. We can obtain a coefficient of correlation between the early test scores and the scores on the criterion through a correlation coefficient. This tells something about the value of a given test for a given purpose.

What was the work of Aldred Binet?

What was the work of Lewis Terman?

Lewis Terman adopted the intelligence quotient (IQ) as an index of mental development. It expresses intelligence as a ration of mental age (MA) to chronological age (CA):

What are the two classifications of tests?

1. Individual tests - These are tests administered to one individual at a time. They are:

The WAIS and the WISC have both a 'verbal scale' and a 'performance scale'. The verbal scale includes: information, comprehension, arithmetic, similarities, digit span,

2. Group tests - These tests are administered to a large number of people by a single examiner at one time. Example: Army General Classification Test (AGCT)

What is the nature of human abilities?

Both Binet and Wechsler assume that intelligence is a general capacity for reasoning. Spearmen proposed a general factor (g) plus specific abilities (s's) which could be identified by the method of factor analysis. Thurstone used factor analysis to arrived at 7 primary mental abilities that he thought were the basic elements of intelligence. Both general intelligence and specific abilities are important. The primary abilities (PMA's) include verbal, word fluency, numerical, space, memory, perceptual and reasoning.

The rate of intellectual growth is relatively stable for most people. Once they reach school age, their IQ does not change radically from test to retest, even over faily long time intervals.

Although IQ is relatively stable for most people after about age 7, some individuals do show large shifts in IQ. If there are major changes in environmental conditions and in the opportunities for learning - either for better of for worse - there may be marked changes in tested intelligence. The variables that produce large changes in IQ for individual children are not always easy to specify, but emotional and motivational factors appear to play a major role.

Mental ability tends to increase up to age 26, levels off for the next 10 years or so, and then declines after age 40. The rate of decline, however, depends on the individual's health and occupation as well as the specific abilities tested.

How much intellectual ability is due to heredity and how much is due to environment?

Most experts agree that at least some aspects of intelligence are inherited, but opinions differ as to the relative contributions of heredity and environment. However, psychologists agree that parents who provide appropriate conditions for new experiences, who emphasizes and reward intellectual accomplishments, who encourage independent problem solving and provides a model of intellectual achievement for their child may see gains in IQ score over the years.

Can we link nutrition and intelligence?

According to Dr. John Miller, this is an era of opportunity. It is also an era of high competition. The concept that better nutrition can help children reach their intelligence potential is widely accepted. Researchers in the United States and in United Kingdom have completed tests on number formulas. The results were very positive, some children were reported to have a jump in IQ levels up to 13 points. Increase in concentration spans were also noted. These children who had adequate dietary intake were still recorder an increase in IQ after taking extra nutrients.

How does motivation relate to increase in IQ?

The increase in IQ score over a period of time favors the individual who is more competitive, more aggressive, and more independent. Hard work and a strong desire to master intellectual problems along with persistence when faced with difficult tasks, tend to raise IQ scores. Laziness tends to decrease intelligence scores.

How are the extremes of intelligence represented?

Intelligence follows a normal distribution with most individuals falling somewhere near the middle. The extremes of intelligence are represented by the mentally subnormal, at one end of the scale and the intellectually gifted, at the other. Social criteria can determine whether a child is subnormal which results from the inheritance of low intelligence accentuated by impoverished living conditions with no identifiable physical defect. A mentally defective child, in contrast, usually has some or in damage resulting from maternal infections during pregnancy, birth trauma, genetic defects such as that which causes Down's syndrome, or other disorders. Subnormal children can learn under supervision.

The mentally gifted as a group show superior attainments throughout childhood and adult life. However, superior intelligence in itself is no assurance of success. Some gifted children are misfits in adult life even though their IQ scores remain high.