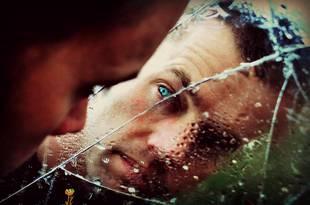 Most of us have periods when we feel anxious, depressed, unreasonably angry or inadequate in dealing with life's complexities. Trying to lead a satisfying and meaningful life may be more difficult today than in the past, so that many of our traditional assumptions about work, religion, sex, marriage, and family are being seriously questioned.

In this article, we will look at some individuals who have given up and can no longer manage on their own or have developed lifestyles that are self-destructive to other people.

A major advance in the diagnosis of mental disorders is now available in the Diagnostic and Statistical Manual, fourth edition (DSM-IV) through the effort of the American Psychiatric Association.

What is a mental disorder?

What is the DSM-IV Classification of Mental Disorders? How is each category characterized?

This disorder is characterized by significantly subaverage intellectual functioning with onset before 18 years old and concurrent deficits or impairments in adaptive functioning.

LEARNING DISORDERS. These are diagnosed when the individual's achievements on individually administered, standardized tests in reading, mathematics or written expression is substantially below that expected for age, schooling, and level of intelligence.

The learning disorders significantly interfere with school achievement. These are:

1. Reading disorder. This reading achivement as seen in speed, or comprehension as measured by individually administered standardized tests, fall substantially below that expected given the individual's chronological age, measured intelligence and age appropriate education.

A reading disorder is "dyslexia" oral reading which is characterized by distortions, substitutions, or omissions both oral and silent reading are characterized by slowness and errors in comprehension.

2. Mathematics disorder. The mathematical achievement as shown in calculation or reasoning, falls substantially below that expected for the individual's chronological age, measured intelligence, and age appropriate education.

3. Disorder of written expression. The writing skills as measured by an individually administered standardized test fall substantially below those expected given the individual's chronological age, measured intelligence, and age-appropriate education.

4. Learning Disorder not Otherwise Specified. This category is for disorders in learning that do not meet for any Specific Learning Disorder. It might include problems in all three areas such as reading, mathematics and written expression that together significantly interference with academic work even though performance on tests measuring each individual skill is not substantially below that expected given the person's chronological age, measured intelligence, and age-appropriate education.

Development Coordination Disorder. This is marked impairment in the development of motor coordination. The diagnosis is made only if this impairment siginificantly interferes with academic achievement or activities in daily living. The diagnosis is made if the coordination difficulties are not due to a general medical condition as in cerebral palsy, hemiplegia, or muscular dystrophy, and the criteria are not met for Pervasive Development Disorder. If Mental Retardation is present, the motor difficulties are in excess of those usually associated with it. For example, younger children may display clumsiness, and delays in achieving developmental motor milestone such as walking, crawling, sitting,tying shoe-laces, buttoning shirts, and zipping pants. Older children may display difficulties with the motor aspects of assembling puzzles, building models, playing ball, printing or handwritting.

2. Mixed Receptive Expressive Language Disorder. The essential feature is an impairment in both receptive and expressive language development as shown by scores on standardized individually administered measures of both receptive and expressive language development, substantially below those obtained from standardized measures of nonverbal intellectual capacity. An individual with this disorder has the difficulties such as markedly limited vocabulary, errors in tense, difficulty recalling words or producing sentences, general difficulty expressing ideas, difficulty in understanding words and sentences.

3. Phonological Disorder (formerly Developmental Articulation Disorder). The essential feature is failure to expected speech sounds that are appropriate for the individual's age and dialect. The difficulties in speech sound production interfere with academic or occupational achievement or with social communication. The most frequently misarticulated sounds are l, r, s, z, th and ch. Lisping or misarticulation of sibilants is common. Phonological Disorder involve errors of selection and ordering of sounds within syllables as in aks for asks.

4. Stuttering. The essential diagnostic feature of stuttering is disturbance in the normal fluency and time pattering of speech that is characterized by frequent repetitions or prolongation's of sounds or syllables.