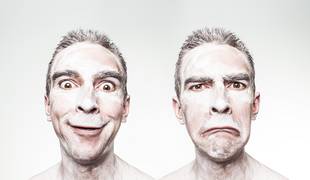 No matter how resourceful we may be in coping with problems, the circumstances of life inevitably involve stress. Our motives are not easily satisfied. There are obstacles that must be overcome, decisions to be mades, and delay to be tolerated. We seem to be living in a nervous society. Under this situation there is a need to make adjustments here and there.

This chapter will help us become more aware of how people respond to frustration and stress.

What is frustration? When does it occur?

As an event, the thrawting circumstances that block or interfere with goal - directed activity is frustration. As a state, it is the annoyance, confusion, or anger engendered by being thwarted, disappointed, defeated.

What factors cause frustration?

Example: Obstacles such as traffic jams, crowded lines at the supermarket, droughts that destroy a farmers crops, noise that prevents concentration.

What is a conflict?

Related to frustration is the state of conflict which results when we must make a choice of alternatives and cannot arrive at a decision.

One of the confusing things about frustration and conflict is that each may be the consequence of the other. Example: Boy meets girl, asks for a date, and is turned down; Result - frustration. Should he ask again or give up? Conflict.

There are four types of conflict.

1. Approach-approach - This type of conflict occurs when the individual has two desirable but mutually exclusive goals.

2. Avoidance-avoidance - This type of conflict occurs when there are two undesirable situations but cannot avoid one without encountering the other.

3. Approach-avoidance - The conflict occurs when a person is both attracted and repelled by the same object, person or situation. This is difficult to resolve.

4. Double/ multiple approach - In this type of conflict one is attracted to two goals but each one has negative alternatives.

What motives present the greatest potential for conflict?

In our society today there are motives generally occur between the following areas:

In times of stress we may want to resort to the dependence characteristics of childhood, to have someone take care of us and solve our problems. But we are taught that the ability to stand on our own and assume responsibilities is a mark of maturity.

The desire to be close to another and to share our innermost thoughts and much emotions may conflict with the fear of being hurt or rejected if we expose too much of ourselves.

Competition begins in early childhood among siblings, continues through school, and culminates in business and professional rivalry. At the same time, we are urged to cooperate and help others. Such contradictory expectations have the potential for producing conflict.

All societies have to regulate impulses to some degree. Sex and aggression are two areas in which our impulses most frequently conflict with moral standards. The violation of these standards may generate strong feelings of guilt.

What are some of the immediate reactions to frustrations?

To explain the reactions to frustrations, psychologists have introduced the concept of anxiety. By anxiety, we mean the unpleasant emotion characterized by terms like "worry", "apprehension", "dread", and "fear", that we all experience at times in varying degrees.

Because anxiety is a very uncomfortable emotion, it cannot be tolerated for long. We are strongly motivated to do something to alleviate the discomfort, often using a combination of defensive and coping strategies.

How are defense mechanisms described?

According to Freud, the term, defense mechanism, refers to the unconscious processes that protect a person against anxiety by distorting reality in some way. The strategies do not alter the objective conditions of danger; they simply combination of defensive and coping strategies, they simply change the way the person perceives or thinks about it. Hence, they all involve an element of self-deception.

The following are a few of the defense mechanism that can be mentioned here.

1. Denial - This is a defense mechanism by which unacceptable impulses or ideas not perceived or allowed into full awareness

2. Repression - This is a denial of an impulse or memory that might provoke feelings or guilt by its disappearance from awareness.

4. Reaction-formation - A defense mechanism in which a person denies a disapproved motive giving strong expression to its opposite.

5. Projection - A defense mechanism by which people protect themselves from awareness of their own undesirable traits by attributing those traits excessively to others.

6. Intellectualization - This defense mechanism tries to make a person gain detachment from an emotionally threatening situation by dealing with it in abstract, intellectual terms.

7. Displacement - This refers to a motive that is not directly expressed but appears in a more acceptable form.

8. Compensation - This defense mechanism allows the person to counter-balance his feelings of inadequacy in one aspect by excelling in another activity for which he has the capacity.

9. Sublimation - This is done by rechanneling desires or motives into socially approved activities.

Example: An artist can substitute his impulses by creating beautiful lyrics or paintings. This is self-expression.

10 Things Your Profs Didn't Teach You

Okay, school has been a tough ride, but we have ...