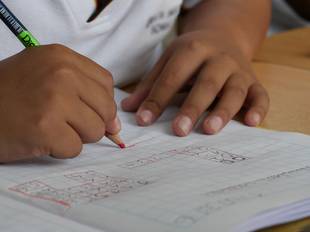 Across the years our educational system has been rocked by controversies which have remained unabated up to this day. Amidst the welter of issues, two of them have managed to stand out in importance: quality and relevance. The major difficulty in education in the Philippines is the short-sighted policy of sacrificing the quality and quantity of education for reasons of economy.

The key issues and problems in Philippine education which need further debate and depth analysis as well as immediate resolution include the following:

It is uncommon to hear college teachers decry the quality of students that come to them. They lament the students’ inability to construct a correct sentence, much less a paragraph. Private schools have been assailed as profit-making institutions turning out half-baked graduates who later become part of the nation’s educated unemployed. All these are indications of the poor quality of education.

There are multiple factors which have led to low educational standards. Studies and fact-finding commissions have shown that the deteriorating quality of education is due to the low government budget for education; poor quality of teachers; poor management of schools; poor school facilities such as laboratory and library facilities; poor learning environment; the content of the curriculum; inadequate books and science equipment; the poor method of instruction; shortages of classrooms; and others.

A rather sweeping indictment is that the Philippine educational system has been and still is basically American in orientation and objectives. Even now, despite years of independence, our educational system has not succeeded in eliminating the chronic colonial mentality which abounds like a mental blight within or without the academe. At present, quality education is financial-capacity based, making higher education more of a privilege rather than a right.

Since 1960, elementary enrolment has been expanding at the rapid rate of 4% a year owing to increase in the number of children and in the enrolment ratio.

The shortages of classrooms and textbooks are particularly severe. The nationwide classroom shortage is estimated to be 40,000 and the DECS (now DepEd) operates two shifts in many schools. The textbook problem is even more serious. A survey done in preparation for a World Bank education loan found that the pupil-textbook ration in the public elementary schools is 10:1 and 79% of the textbooks are more than 5 years old. This situation has persisted for many years.

Other teaching tools, such as science materials, teaching devices and audio-visual aids, are also in short supply. Perennial graft and corruption in the acquisition of books and in the construction of school buildings has often been reported. This situation handicaps the teaching staff in their work.

Teaching has often been referred to as the “most notable of all professions.” To many teachers, however, the noble image of their profession has been transformed into an illusion. Over the last three decades, we have come to think of the Filipino teachers as overworked and underpaid professionals.

The fact that teachers are paid subsistence wages is only half of their sad story. Their daily bout with dilapidated classrooms, overcrowded classes, and lack of teaching materials, among others, make the teachers hardly rewarded work even more difficult.

Aside from classroom instructions, teachers perform a host of backbreaking and time-consuming jobs unrelated to the teaching function. The National Research and Development Center for Teacher Education under the DECS listed 76 extracurricular activities performed by public school teachers. Such activities include Operation Timbang, census taking, tax consciousness drive, Clean and Green Drive, Alay-Tanim, Alay-Lakad, fund raising campaigns, lining the streets to welcome foreign dignitaries, etc. To do all these, teachers are forced to work two or three hours overtime everyday. They also have to report during weekends and holidays and even during their yearly vacation time.

5. Bilingual policy and the problem of a national language

The bilingual policy in education aims to develop a Filipino who is proficient in both English and Filipino. For the past 20 years, since the DECS adopted the bilingual policy, Tagalog-based Pilipino has been used to teach over half of the subjects in the elementary and secondary curriculum of both public and private schools. Mathematics and the natural sciences continue to be taught in English. Despite the findings of the Ateneo Social Weather Survey that 92% of Filipinos already speak and understand Tagalog, many provinces north and south of Metro Manila still encounter problems with the language. This is unfortunate because Pilipino is used in nationally conducted exams and tests. While the bilingual policy is a law which not even the Secretary of Education can change, it has become a growing concern that many students are deficient in communication skills.

The major problem of the tertiary level is the large proportion of the so called “mismatch” between training and actual jobs, as well as the existence of a large group of educated unemployed or underemployed. The literature points out that this could be the result of a rational response to a dual labor market where one sector is import-substituting and highly-protected with low wages. Graduates may choose to “wait it out” until a job opportunity in the high paying sector comes.

To address this problem, it is suggested that leaders in business and industry should be actively involved in higher education. Furthermore, a selective admission policy should be carried out; that is, mechanisms should be installed to reduce enrolment in oversubscribed programs and promote enrolment in undersubscribed ones.

It is in the educational sector where the concept of globalization is further refined and disseminated. It comes in varied forms as “global competitiveness,” “the information highway,” “the Third Wave Theory,” “post modern society,” “the end of history,” and “borderless economy.”

The so-called Philippines 2000 was launched by the Philippine government to promote “global competitiveness,” Philippine Education 2000 carried it to effect through training of more skilled workers and surplus Filipino human power for foreign corporations to reduce their cost of production.

The Philippines, including its educational sector, is controlled by US monopoly capital through loan politics. This task is accomplished by the IMF, the World Bank and a consortium of transnational banks, called the Paris Club, supervised by the WB. The structural adjustments as basis for the grants of loans, basically require liberalization, deregulation and privatization in a recipient country.

As transplanted into the educational sector, deregulation is spelled reduced appropriation or reduced financial assistance to public schools through so called fiscal autonomies; privatization and liberalization is spelled commercialized education or liberalization of governments’ supervision of private schools and privatize state colleges and universities.

The WB-IMF and the Ford Foundation have earmarked $400M for Philippine education. These loans financed the Educational Development Project (EDPITAF) in 1972; the Presidential Commission to Survey Philippine Education (PCSPE) in 1969; the Program for Decentralized Educational Development (PRODED) in 1981-1989. As pointed out by many critics, “the massive penetration of WB-IMF loans into the Philippine Educational System has opened it wide to official and systematic foreign control, the perpetuation of US and other foreign economic interest, and to maximize the efficiency of exploiting Philippine natural resources and skilled labor.”