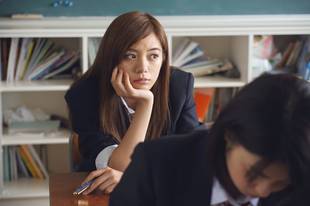 No 1. Filipinos place a very high regard for and value on society where there is much poverty and where members of narrow affluent classes are associated with a good education; education is thought to be a possible ladder for social mobility. However, while we do have an extensive educational system, what we have ironically perpetuates inequity rather than provide the equalizing factor.

No 2. For the poor majority of the Philippine population, earning a college degree is an arduous climb or, more precisely, an unaffordable one. The Philippine educational system is public-sector dominated in the elementary level but becomes more privatized as it moves into the higher levels of learning.

The public sector is responsible for 95.2% of elementary education and 60.8% of secondary education. In the tertiary level, however, there is a complete reversal of government participation where it constitutes only 25.3%. This even includes schools offering only post-secondary, non-degree vocational and technical courses. If we take those offering higher education alone, the public sector accounts for only 21.3%.

No 3. The 69.2% enrolment rate jibes with the relatively higher literacy rate in the Philippines. But being literate does not necessarily mean being adequately skilled for high-level work. Thus, out of every 100 pupils who enter elementary education, only 63 will be able to complete the program and of these, only a little more than 40 will finish high school.

No. 4. As of 1989, there were some 810 schools providing programs for higher learning, of which 171 were government-owned. Of these 171 public tertiary schools, 82 institutions are classified either as state colleges or universities (SCUs with the University of the Philippines System having nine campuses. At present, the Polytechnic University of the Philippines has been named the most comprehensive SCU university system because it has 6 campuses and 10 branches and extensions. These SCUs are supposed to provide a wide range of programs at affordable rates. The remaining 639 schools, constituting almost 79% of tertiary institutions, are all privately owned. This has been the basis for calling the educational system commercialized and privatized.)

No. 5. Eight big private non-sectarian colleges and universities in Manila account for 50% of the total private tertiary school enrolment in the national level and 70% in Metro Manila. These are Arellano University (AU), Centro Escolar University (CEU), Far Eastern University (FEU), FEATI, Manila Central University (MCU), Manuel L. Quezon University (MLQU), University of Manila (UM), and University of the East (UE). Most of the students in these Manila universities and colleges come from the middle class. Considerable portions come from the provinces and are crammed in dormitories and boarding houses, most of which continue to operate despite their sordid states.

No. 6a. There have emerged a select few elite colleges and universities in terms of education quality. These are mostly sectarian universities, particularly the Ateneo de Manila University, the De la Sale University (DLSU), and, to a certain extent, the University of Sto. Tomas (UST). Each institution has its forte: liberal arts and law in Ateneo; business and computer course at De la Salle; and journalism and medicine at the UST. These schools are the best private institutions in the Philippines. But they are available only at prohibitive costs, making them accessible only to the children of the narrow elite class. The high rate of tuition fees enables them to hire better qualified teachers, provide the best facilities, as well as admit students with better high school education, all the while maintaining a high degree of profitability.

No. 6b. Therefore, middle-class students who gain access to tertiary education have to content themselves with inexpensive private schools at the expense of education quality. The promise, however, is often realized in the domestic service sector with the graduates working as sales persons or abroad as domestic helpers and contractual workers. It is only the very narrow elite class, who can pursue relatively high quality of education in private elite schools, who land on high-paying management jobs and business opportunities. It is likewise these elite schools which produce future leaders of society, both in the economic and the political arenas. As has been pointed out by many critics, the Philippine educational system has an institutional mechanism for a “financial-capacity based societal segregation,” a reflection of the inequitable social structure, and an institution which ensures the reproduction of such inequitable social structure.

No. 7. For every 100 pupils who begin Grade 1, only 67 finish Grade 6; of the drop-outs, 8% occur between Grades 1 and 2; these people never become fully literate. The rest drop out between Grades 4 and 6 (DECS 1998). In high school, of an original 100 in Grade 1, only 46 finish high school. This creates another cohort of out-of-school youth with few possibilities for gainful employment. In high school, even among those who survive, achievement in English, science and mathematics is low, with at best Grade 7 and 8 levels by international standards.

As shown by the report of the Commission on Higher Education (1997-98), the trend of courses taken by students in the tertiary level has not changed for the past 10 to 15 years with commerce and business management courses on top, followed by education and teacher training, engineering and technology courses, mathematics and computer science, medical and health related programs.

In his column, Public Lives, Daily Inquirer, 2006, Randy David wrote an article entitled “Repairing Basic Education.” In this article, he lamented that there is something very wrong in the education of our children. He opined that simply adding more years of the same stuff taught in the same way in ill-equipped classrooms by the same ill-prepared and underpaid teachers to the same under-motivated and malnourished pupils might not remove us from the category with the poorest African countries. According to David, the variables within the sphere of educational reform worth examining include teaching methodology, teacher preparedness, the curriculum, and the medium of instruction.

Randy David, who is teacher himself, finds that what is important in learning is not so much the amount of material one covers in a course but rather the clarity by which the most basic concepts are explained. Whether one is dealing with mathematical, aesthetic, or social science concepts, the quality of the interaction between teacher and student is crucial. The students should be free to ask for elaboration, without fear of censure or ridicule and in a language most meaningful to them. And the teacher should have the patience and, more important, the ability to explain the concepts. David finds that the use of a language that is foreign to both teacher and student can be a great barrier to understanding, and that the switch to a native language often goes a long way toward facilitating the learning process.

David adds: “Many conscientious teachers know that English is a key to modern and global learning, but they also know it can be a deterrent to learning. English is an important language, a tool that can be acquired anytime, but its acquisition must not impede or burden the learning process at the fundamental level.”

How To Spot A Ponzi Scheme. Don't Be A Victim!

Ponzi Scheme have been around far longer than you might ...