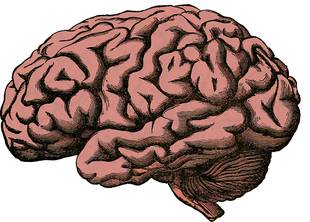 The human brain is complex. Along with performing millions of mundane acts, it composes concertos, issues manifestos and comes up with elegant solutions to equations. It's the wellspring of all human feelings, behaviors, experiences as well as the repository of memory and self-awareness. So it's not surprise that the brain remains a mystery unto itself.

Adding to that mystery is the contention that humans "only" employ 10 percent of their brain. If only regular folk could tap that other 90 percent, they too could become savants who remember π to the twenty-thousandth decimal place or perhaps even have telekinetic powers.

Though an alluring idea, the "10 percent myth" is so wrong it is almost laughable, says neurologist Barry Gordon at Johns Hopkins School of Medicine in Baltimore. Although there's no definitive culprit to pin the blame on for starting this legend, the notion has been linked to the American psychologist and author William James, who argued in The Energies of Men that "We are making use of only a small part of our possible mental and physical resources." It's also been associated with Albert Einstein, who supposedly used it to explain his cosmic towering intellect.

To say that "you (humans) are only using 10 percent or less of your (their) brains" is wrong. This misconception must likely arose from a misunderstanding of neurological research in the late 1800s and early 1900s when researchers discovered that only about 10 percent of the neurons in the brain are firing at any given time. If all of a person's neurons began firing at once he would not become smarter, but would instead suffer a seizure. In fact, studies have shown that the brains of more intelligent people are less active than the brains of less intelligent people when working on the same problem. The correct description should be: "Humans are using only 10 percent or less of the potential of their brains."

The average human brain weighs about three pounds and comprises the hefty cerebrum, which is the largest portion and performs all higher cognitive functions; the cerebellum, responsible for motor functions, such as the coordination of movement and balance; and the brain stem, dedicated to involuntary functions like breathing. The majority of the energy consumed by the brain powers the rapid firing of millions of neurons communicating with each other. Scientists think it is such neuronal firing and connecting that gives rise to all of the brain's higher functions. The rest of its energy is used for controlling other activities—both unconscious activities, such as heart rate, and conscious ones, such as driving a car.

What's not understood is how clusters of neurons from the diverse regions of the brain collaborate to form consciousness. So far, there's no evidence that there is one site for consciousness, which leads experts to believe that it is truly a collective neural effort. Another mystery hidden within our crinkled cortices is that out of all the brain's cells, only 10 percent are neurons; the other 90 percent are glial cells, which encapsulate and support neurons, but whose function remains largely unknown. Ultimately, it's not that we use 10 percent of our brains, merely that we only understand about 10 percent of how it functions.

TagsHealthbrainhow much of your brain are you really usingnervous system