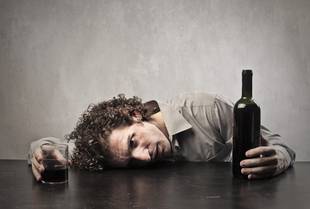 A party here, a fiesta there; rich and delicious food or just a bowl of local appetizers; imported liquors or just plain beer and ice, and by nightfall you'll be feeling full, burping and quite drunk. When the next morning comes, you'll wake up to nausea, spinning walls, stinging headaches and stampeding stomachs - you've got hangover!

Being drunk; intoxicated and suffering from long-term drinking diseases such as liver failure and cardiomyopathy (weakening of the heart muscles) are all dependent upon the amount of alcohol you drink. It doesn't matter whether your tipple comes from grape or grain, whether it's red or white, full of antioxidants or not, we get drunk because of the quantity of ethanol (the type of alcohol present in booze) we've imbibed. So, the moderation factor is really involved here.

Some scientists also believe that the state of mind you're in when you drink has an effect on your morning after - hangovers being worse in people who were angry, depressed or had a stressful day. So, the saying "drink to drive despair away" is a big hump of garbage.

In a hangover, you feel bad because your body hates both acetaldehyde (the main by-product of the metabolism of ethanol), circulating around the following morning, and the congeners (organic chemicals), which exists in all drinks and give the alcohol its characteristic taste and color.

Hangover symptoms arise as the body metabolizes these additives, producing methanol (kind of alcohol used as solvent and fuel component) and subsequently formic acid (component of ant sting), and formaldehyde (colorless, toxic disinfectant). Imagine those stuffs circulating through our veins and body system. No wonder our body reacts badly.

Acetaldehyde and every other derivative of alcohol have numerous effects - the fist of which is dehydration. It inhibits the production of saliva and drains the body of water, except for the brain, which swells. The alcohol damages the nervous tissue and the nerves become water-clogged (which can cause irritability and depression). So, your system definitely needs some rehydrating, revitalizing and cleansing.

Dehydration occurs because the alcohol you pump into your body causes kidney to excrete more water. After a few beers, you might be fooled into thinking that the plentiful quantity of pale urine you excrete suggests your body has sufficient water, but this is not the case when it follows a drinking binge. You need to drink water in abundance if you are to exorcise the hangover.

Hydrating before you go to bed is the best way to avoid a hangover, but if you realize too late and wake up parched, drink as much water and non-caffeine containing fluids as possible, such as herbal teas and fresh fruit juices.

Contrary to popular belief, caffeine is the worst thing to take after an overnight drinking spree. You may feel temporary better after a stiff coffee, but caffeine is itself a dehydrating agent, so it only exacerbates the hangover in the long term.

Caffeine also increases gastro-intestinal motility, which can explain the rush to the loo and loose bowels. If the prospect of being without a cup of your favorite espresso seems too cruel for you, accompany it with a glass of water or fresh fruit juice and this will help make up the fluid content. Avoid the commercial coffee as much as possible. Exotic coffee or coffee with herbal extracts are much better.

After the water-cleansing, the best cure for a hangover is food, which could either be in the form of cereals and toasts. The slow-release carbohydrates (present in wholegrain toast with margarine and a good quality jam or marmalade, fruits and yogurt) steadily give life back into your blood stream.

The slower your blood sugar level rises after an alcoholic experience, the more likely it is to reach and stay  at normal level and the better you'll feel. Quick-fix sugars such as sugar-coated cereals, chocolates and cakes will boost the blood sugar level quickly, but you risk a backlash blood sugar drop later on.

Protein, on the other hand, conversely, helps the body restore a healthy blood sugar level. Low blood sugar, in addition to the poisoning effects of alcohol is one of the main reasons for nausea due to a hangover.

A protein-rich breakfast provides an almost perfect food antidote. Lean meat, eggs and smoked fish all contain amino acids, in particular L-phenylalanine and trytophan, which produce serotonin and noradrenaline (otherwise known as endorphin or "happy hormone"). After an early morning tall glass of fruit juice, a breakfast of dried fish of fried rice and tomatoes is perfect as an anti-hangover treat. Note: Sitting down to a hearty breakfast is ideal, but if the thought turns your stomach inside-out, a couple of teaspoons of honey will initially compensate your sugar level into the functioning status.

Avoid Fat And Your Clean

One thing to watch, though, is fat. Both saturated animal fats (such as butter and fatty bacon, or vegetable fats (such as olive oil), can make matter worse.)

Fats are tough foods to digest at the best of times, even more so when your digestive system is feeling sensitive. Grease irritates the valves that lead to and from the stomach, which can cause acid to regurgitate up into the esophagus, hence heartburn, nausea, sickly burps and even vomiting.

Fats also decrease nutritional transit time, so food is more likely to rush through your hangover gut. So if you fancy a cooked breakfast containing sausages and bacon, choose the lean ones and try the grill rather than the frying pan. Better still, accompany them with wholegrain toast or rice or have a cup of oatmeal beforehand to cushion the effect of the fats.

So if you get carried away on the night and wake up the following morning feeling truly below par, be wise to cleanse the pollution that you pumped into your body with a nice breakfast.

Tips To Become Unforgettable In Bed

Some men go to the weirdest extent trying to become ...

The Benefits Of Eating Banana

If you think that bananas are just for monkeys, after ...