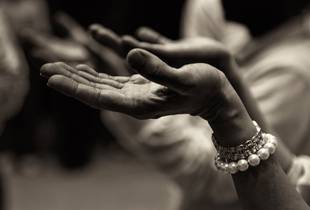 Many middle-aged men and women show a greater interest in church and church-related activities than they did when they were younger, though this interest may be for reasons other than religious ones. For example, many middle-aged people, especially women, who have more free time and fewer family responsibilities than they formerly had, find that religious activities fill their needs, whether religious or social. Increased interest in religion may also develop after the death of a family member or a close friend.

Middle-aged men and women, who feel that they are in command of community life as well as their homes and businesses, also regard middle age as a time for service. The middle-aged man is well established in his work, and the average woman’s home responsibilities have deceased. Thus they can devote more time to community affairs; they may serve on committees, on church or professional boards, or in leadership roles in different community organizations, for example. In addition, most middle-aged people can now afford to belong to various clubs and lodges.

During middle age, men and women have different reasons for joining community organizations and for taking an active part in them. Middle-aged people participate in different formal community organizations to enjoy themselves, to be of service to the community, to help others, or to advance socially, culturally, or professionally. For example, middle-aged men or women may serve on school boards, be active in churches or on the Red Cross, or participate in the activities of local or community associations.

Loneliness is by no means the only reason middle-aged men and women join community organizations and take part in their activities. In many cases, it is the best opportunity they have for social contacts and, if they want to be socially mobile, to have an opportunity to get to know the people they want to be identified with. Furthermore, they regard being active in community organizations as prestigious, especially if they play leadership roles.

The decline in interest in active participation in community organizations during the fifties may be due in part to the decline in health and energy that tends to set in at this time or to the fact that older middle-agers sense or know that the membership in these organizations want younger leaders and that, as a result, there is a tendency to plan the activities of the organizations for the young adults rather than for those who are middle-aged.

There are two broad groups of theories about the origin ...

The Real Functions Of Religions To Our Lives

There has probably never been a society where religion is ...