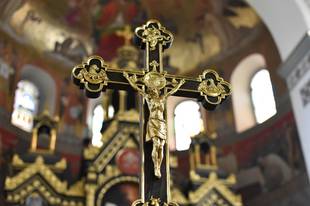 Since time immemorial, man has been baffled by the occurrences of natural conditions, by death, and his very existence which he could not explain or understand. He looked up to the sky and asked: “Who am I?”; “Why am I here?”; “Where do I go after death?”; “Why are there thunder and lightning?”; “Why do typhoons, floods, volcanic eruptions, famine, pestilence, diseases, and earthquakes occur?”; “Who and what causes all these conditions and events to occur?”

For lack of better explanation, the primitive man turned to his beliefs. He attributed these occurrences to some external, impersonal forces – the supernatural – one who or which is over and above nature, distinct and separate from nature but with magical or supernatural powers to which he renders awe, obedience and reverence. Rituals accompany their sacred beliefs. Rituals and practices of the believers include prayers, magic, superstitions, propitiation, incantations and the like. Food offerings were given to appease he wrath of their god, a rain dance was performed for their god of fertility or a dance ritual as a thanksgiving for a bountiful harvest. Thus, the crude beginning or early religion started the birth of animism – the belief in personalized supernatural beings or spirits, which includes beliefs in spiritual beings and souls. Since the realm of belief is far and wide, and people have varied beliefs and practices, diverse religions were established.

These and many more are questions which are difficult for the human mind to fathom for they cannot be subjected to scientific and empirical investigations. They can only be answered through rational thinking and speculation. While science can provide answers to many natural phenomena, it fails to answer the many questions concerning the afterlife. Thus, it can be stated: Where science ends, religion begins. Where science does not have an answer, religion has. Science deals with the world “within” the senses; religion deals with a world “beyond” the senses.

Etymologically, religion comes from the Latin word “religare” which means, “to bind together.” It means the bond between God and man. Religion refers to the socially defined patterns of belief concerning the ultimate meaning of life; it assumes the existence of the supernatural as some entity that is above nature, beyond our experience, unexplained by natural laws. This supernatural has existence because the religious communities believe it to be so. Beliefs can be so strong that the supernatural, the spirit becomes real and tangible for the true believers.

Religion is the belief in spiritual beings and the institutions and practices associated with these beliefs. (Taylor, 1871)

Religion refers to any set of doctrines providing overall answers to ultimate and existential questions for which there are no empirical answers. (Gelliner).

Religion embodies beliefs or representations which express the nature of sacred things as well as rites prescribing how a person should behave in the presence of sacred object. (Evans-Pritchard 1965)

Religion involves a set of symbols which arouses feelings of reverence or awe and are linked to rituals or ceremonial such as church services practiced by a community of believers. (Giddens, 1989).

Religion is a culturally entrenched pattern on behaviour composed of sacred beliefs, emotional feelings accompanying the belief, and overt conduct implementing the beliefs and feelings. (John F. Cuber)

60+ Countries Filipinos Can Travel To Without Visa

How far can your Philippine passport take you around the ...

Lasagna are a wide, flat pasta shape, and possibly one of ...