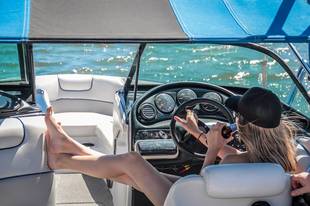 Human differences exist among members of the society on the basis of age, sex, or gender; intelligence and physical characteristics, such as body-build and appearance, race or ethnic group, birth or family name, education and power and prestige. These differences have resulted in social inequalities and opportunities in the acquisition and allocation of material and abstract rewards in the society. Such inequalities have been carried on from generation to generation and shall persist in the society unless human interventions are made to eliminate or somehow reduce them to effect a more or less equal distribution of wealth, power or prestige.

All known societies evolve varied systems of classifying, categorizing or ranking people into different social classes or strata reflecting dimensions of abundance or deprivation, possession of power or powerlessness, prestige or lack of it, dominance or inferiority, the ‘haves’ and the ‘have-nots’ of society.

The ranking of people is the essence of stratification: the division of a society into larger categories or strata of people who have unequal amounts of scarce but desirable resources or rewards.

Panopio (1989) defines social stratification as the hierarchical arrangement and establishment of social categories that may evolve into social groups together with statuses and their corresponding roles. The elements have varying ranks of superiority and inferiority.

There are three components of social stratification: social class, status and roles.

It refers to a statum or category of persons who have similar socio-economic privileges in the society. Commonly identified are the upper, middle, and the lower classes.

In the Philippines, the trend is towards classifying people in nine social classes

a. Upper Class. Refers to the elite families who are the most productive and successful. Hence, they possess more wealth, power and prestige. It is the smallest in size and occupies the top position in the social hierarchy. They resort to “conspicuous consumption” and indulge in “conspicuous giving”. The members uphold the highest standard of living, indulge in lavish spending, manifest the lifestyle of the rich and the famous, are educated in exclusive private schools here and abroad and live a life of glitz and glamour. They give donations to worthy causes motivated by genuine interest, but majority do so for vested interest.

The elite group consists of two general types: the new rich or “noveau riche” and the traditional upper class.

b. Middle Class. Refers to professionals, highly skilled workers, small industry owners, farm owners, entertainers, overseas contract workers, and small business entrepreneurs whose incomes provide a comfortable lifestyle. They provide much of the leadership in organization, management, and operations. They view education as the main indicator of social status and the primary means for upward social mobility.

c. Lower Class. Comprises the farm employees, unskilled and skilled artisans, service workers, lowly paid clerks and office workers, daily paid casuals and seasonal workers, the underemployed and indigent families, the mendicants, the rural and urban poor and those engage in the underground economy. They comprise the largest segment of the society and live in a subsistence level. They lack income, education and training and personal gratifications necessary for upward social mobility. They exhibit a lifestyle described by William Ryan as the “culture of poverty.” The poor have a sharply decreases chance of reaching their first birthday, of getting an education, of being able to afford adequate nutrition, decent housing and health care, and of living a life deprived of dignity and comfort.

It refers to the social standing of a person or group within a social class or in the entire social stratification system. Certain rights, social expectations, duties and privileges are attached to the social position.

Social status can be either ascribed or achieved.

Ascribed statuses are those which are assigned to the individual from birth and involve little personal choice like age and sex. Ascriptions can also be based on class, caste, ethnic and racial groupings.

Achieved status is acquired by choice or through merit and individual effort and is made possible through special abilities or talents, performance or opportunity.

It refers to the expected or actual behaviour patterns that correspond with status. It refers to the dynamic functions attached to the status. It is also made up of rights and privileges, obligations and responsibilities. A right is an exemption from a burden or the special enjoyment of a benefit or advantage. An obligation is what one is required to do or not to do in accordance with the rules of the society.

Two theories are advanced to account for social stratification:

Conflict theory posits that stratification is the result of the struggle among people for scarce resources and rewards, and that it persists in society because the “haves” are determined and equipped to preserve their advantage by dominating and exploiting the “have-nots”. The dominant class gains a disproportionate share of wealth, power, and prestige; its members resolutely undertake to defend and enhance their positions of privilege. Conflict theories, like those of Karl Marx and Melvin Tumin, consider stratification unjust and unnecessary. Karl Marx envisions the creation of a classless society – an utopian communism.

It could be deduced from this view that there are social functions served by poverty – that the poor are needed to perform lowly and hazardous jobs needed by society; that businessmen need the poor to buy goods that otherwise could be thrown away; that the poor could be sent to dangerous jobs and missions; and that the poor could accept offers to be subject to experiments and other inhuman conditions that would otherwise mean loss of life or human dignity.

Functional theory argues that stratification is a necessary and an inevitable social phenomenon in order to channel suitable individuals into various occupations and hence to insure that the essential tasks of group life are performed. Kingsley Davis agreed that some tasks are clearly more necessary than others, and some require a great deal more and difficult jobs and positions and to fill these positions conscientiously by rewarding those who do so with more of the things that contribute to sustenance and comfort, humor and diversion, self-respect and ego expansion.

This article will help us to look at some of ...