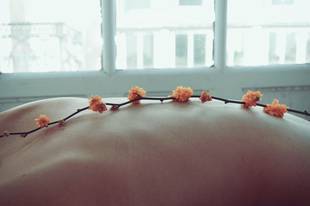 This article will help us to look at some of the methods used to treat abnormal behavior. Treatment of mental disorders is closely linked to theories about the causes of such disorders.

How may the historical background of the treatment of the mentally ill be traced?

The early Chinese, Egyptians, and Hebrews thought disorderd behavior to be the result of possession by demons or evil spirits. The treatment was to exercise the demons by such techniques as prayer, incantation, magic, and the use of purgatives derived from herbs. If such treatment brought no improvement, more extreme measures were taken to ensure that the body would be an unpleasant dwelling place for the evel spirit. Floging, starving, burning, an even stoning to death were the frequent forms of "treatment."

2. The work of Hippocrates

Hippocrates, a Greek physician (C. 460-377 B.C) rejected demonology. He was the first to introduce the idea that mental disorder were the result of disturbance in the balance of body fluids. He argued of amore human treatment of the mentally ill. He, and the Greek and Roman physicians who followed him, stressed the importance of pleasant surroundings, exercise, proper diet, massage, and soothing baths, as well, some less desirable methods, such as bleeding, purging, and mechanical restraints. Although there were no institutions as such for the mentally ill, many individuals were cared for with great kindness by physicians in temples dedicated to the Greek and Roman gods.

This progress did no continue. Primitive superstition and demonology revived during the Middle Ages. Many of the mentally ill were sentenced to death the 15th, 16th, and 17th centuries.

3. The work of Philippe Pinel

In the latter part of the middle ages asylums were created to cope with the mentally ill who roamed the streets. In 1792, Philippe Pinel became in charge of an asylum in Paris. As an experiment, Pinel allowed the inmates to remove the chains that restrained them. When released from restraint, they were placed in clean and sunny rooms. Pinel's experiment was a success.

4. The work of Clifford Beers

In the early 1900s, the general public has still no understanding of mental illnes. They viewed mental hospitals and their inmates with fear and horror. It was through the efforts of Clifford Beers that the education of the public in the principles of mental health begun. Beers developed a manic-depressive psychosis and was hospitalized in several private and state hospital for three years. He experienced overcrowded wards, poor food, unsympathetic and sadistic attendants which he attributed to lack of funds in the average state mental hospitals. After his recovery Beers wrote about his experiences in a now-famous book, A Mind that Found Itself (1908). This led the public to organize the National Committee for Mental Hygiene which was joined to from the National Association for Mental health. The mental hygience movement led to the organization of guidance clinics and community health centers which could aid in the prevention, as well as the treatment of mental disorders.

a) Establishment of psychiatric hospitals were superior to the average state hospitals.

c) Treatment include planned daily schedules to meet patients particular needs with individual therapist, in group therapy, or occupational therapy designed to teach skills and provide relaxation. Other forms of treatment include physical recreation, and educational therapy. Patients who are well enough may work part-time in various hospital departments.

What professions are involved in psychotherapy?

1.Psychiatrist - This is a physician who specializes in the diagnosis and treatment of abnormal behavior.

2.Psychoanalyst - This is a specialist within psychiatry who uses methods and theories of psychoanalysis. He may also be a psychiatrist.

3. Clinical psychologist - This is a specialist, a Ph.D. who has special internship in the fields of testing and diagnosis, psychotherapy and research. He adminiters and interprets psychological test, conducts psychotherapy, and is also active in research.

4. Counselling psychologist - This is a specialist who has a graduate training similar to that of a clinical psychologist. He has earned an M.A or a Ph.D. but usually with less emphasis on research.

5. Psychiatric social worker - This has usually an M.A or an M.S. from a graduate school of social work and special training in interviewing and in extending treatment procedures to the home and community. The social worker collects information about the patient's home and interview relatives, in addition to participating in the therapeutic procedures with the patient.

6. Psychiatric nurse - This is a specialist in the handling of mental patients - both those who are severely disturbed and those on the way to recovery.

What are the methods/techniques used in psychotherapy? How is each described?

Psychotherapy refers to the treatment of mental disorders by psychological means. It makes use of a variety of techniques to help emotionally disturbed individuals modify their behavior and feelings so that they can develop more useful ways of dealing with stress and with other people. Most methods of psychotherapy involve communication between the patient and the therapist. The patient is encouraged to express freely his most intimate fears, emotions, and experiences.

What approaches or methods are used?

1. Psychoanalysis - This is based on the psychoanalytic theory. The goal is to bring unconscious conflicts to the awareness of the individual and to help the individual understand the defense mechanism he or she has been using to control anxiety. This is a long process and expensive one.

a) Free association - the patient is made to describe the symptoms and recounts relevant facts from his or her personal history. This brings to awareness and puts into words thoughts and feelings of which the patient is unaware. The "basic rule" of this technique is to say everything that comes to mind, without selection, without editing. The therapist visits the patient in a 50 minute period several times a week from one year or more.

b) Interpretation - The psychoanalyst attempts to overcome resistances fuller self-understanding.

c) Transference - The patient's attitude toward the analyst are considered important in determining progress, the patient develops strong emotional responses to the psychoanalyst by seeing in him as possessing attitudes and attributes like those of his or her parents or those of brothers and sisters even though the therapist may be unlike anyone of these people.

d) Abreacttion, insight and working through

Insight - This is achieved when the patient understands the roots of the conflict.

Working through - This is a long progress of reeducation by examining the same conflicts over again as they appear in varied situations.

2. Behavior therapies - The methods are based on learning theory. The behavior therapist tries to determine the stimuli that precedes the maladaptive responses and the environmental conditions that reinforce or maintain the behavior.

This technique is effective in eliminating fears or phobias. Example: Training the individual to relax, then gradually exposing him to the feared situation using an anxiety hierarchy. This is a list of situations or stimuli that make the person feel anxious. These are ranked from the least anxiety producing to the most fearful.

This is done by practicing assertive response, first in role playing, then in real-life situations because the individual doesn't know how to "speak up" for what he feels is right or to "say no" when others take advantage of him.

This is done by reinforcing or rewarding desirable behavior while ignoring the undesirable one.

This is similar to imitation often combined with role playing in which the therapist helps the individual rehearse more adaptive behaviors.

The goal of the therapist is to facilitate exploration of the individual's own thoughts and feelings and to assist the individual in arriving at his or her own solutions.

This consists of 6-12 members. The therapists allows the members to exchange experiences, comment on one another's behavior, and discuss their own problems and those of other members. Generally, the therapist stays or remains in the background.

The therapist does not adhere strictly to one particular method but selects from different techniques those he thinks are most appropriate to the client.

These include the use of drugs, electric shock, and surgical procedures.

How may one promote his emotional well-being?

There are no universal guidelines but suggestions from therapists include the following:

3. Develop your talent and interests

4. Involved yourself with other people.

5. Know when to seek professional help.