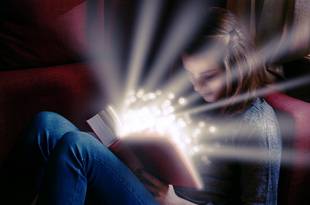 Sociologists are also interested in studying the sources of social change, more specifically, where change comes from. For instance, what internal and external social forces worked towards the return to democracy or the Marcos dictatorial regime in the Philippines? What pressures, events or phenomenon influenced the transformation of a once traditional and sleepy town into a city bursting with life and activity? What compelling force moved the pagan Filipinos to leave their pagan beliefs behind and embraced the Catholic faith? Why is it that in spite of these transformations, still some aspects of the former culture are still preserved and practiced? Clearly, there was no one cause. Several factors have to be considered to freely understand what, why and how social changes occur.

The sources of social change include the following:

Population trends greatly affect social structure and social organizations. The increase in population size, the migration of rural dwellers to urban areas, the changes in the number and proportion of male and female, the baby boom or bust have significant effects in bringing about positive and negative social changes. As Durkheim, observed, the increase in population leads to division of labor and specialization to manage the scarce resources and to promulgate organic laws to maintain and regulate the social order. As anthropologist, have suggested, population growth forces the shift from the nomadic hunting and food gathering stage to simple agriculture and domestication of animals.

Sociologists have observed that migration of the rural folks to urban centers creates the problem of slums and squatterism, urban blight and congestion, and other social problems attendant to urbanization.

Technology is the knowledge and skill applied in practical ways to the material aspects of life. It refers to new ideas and outlooks, new means of producing goods and services to satisfy human needs and wants.

Technological innovation has profound influence in determining the course of history. Even a simple innovation has led to social change from the beginning of human history.

In contemporary times, the invention of the television has enormous influence on the economic, social, political, commercial, educational, cultural, and other institutional aspects of human social life the world over. The wonders of television can be seen in every nook and corner of the world where electrical service is found. Television has opened new business and industries in addition to television manufacturing, marketing and advertising. It has supplied materials and parts to television makers, assembly lines, service and maintenance, newscasting, tele-broadcasting and information dissemination, televiewing sports spectacles, movies and entertainment, and a vast array of other managerial and support system to control and exploit that product. Undeniably, the invention of the television has provided employment to millions of people around the world aside from the fact that is continuously provides information, education, leisure and entertainment to all people of whatever race of creed.

New ideas and cultural values can both facilitate and constrain social change. For example, the Protestant ethic ideals of hard work, frugality, and self-denial have facilitated behaviour patterns that are consistent with the requirements of modern capitalism. The post-materialist society, composed of educated and politically active young people, advocates values that promote the quality of human existence rather than the continued accumulation and consumption of material goods and services.

However, new ideas and values can also restrain, or at least resist, social change. New ideas and values generally fail to catch up with the changes in material culture leading to “cultural lag” as viewed by Ogburn. For example, many people especially in the scientific community accept the tremendous and seemingly miraculous effects of genetic engineering in agriculture and animal husbandry. For instance, it corrects genetic defects by providing the proper DNA code. However, the critics in the traditional religious community assert that tampering with life and playing God do not seem morally right. In this instance, we could see the intense clash between traditional beliefs and values and new technological ideas in resisting or constraining social change.

Know The Pioneers And Forerunners Of Sociology

Literature in the subject gives us the following pioneers and ...

The most important forms of social behaviour necessary for successful ...

What Careers You Can Take In The Field Of Sociology

Human relationships, social systems and societies are so broad that ...