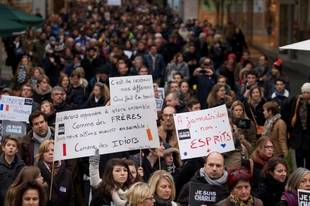 Keller (1982) defines social movement as an interrelated and co-acting unity of persons with some degree of organizational continuity aimed to promote or resist change in the society of which it is a part. It is directed toward the change of the established norms, values, or social structures.

Social movement refers to an interested and motivated gathering of people which aims to modify or change the society’s structure or ideology in a concerted and deliberate manner. It seeks to establish changes or reforms to promote a new social order with new norms, new values and new goals. It challenges the existing social order.

Collective behaviour refers to relatively non-routine actions that engage large, often anonymous, groups of people. It entails episodes of behaviors that differ from the more habitual, repetitive behaviors that characterize our daily lives. It does not follow the established norms and patterns of behaviour.

Social movement, on the other hand, is another form of social behaviour which also occurs outside the institutional framework of our everyday life. It is a “conscious, collective, organized attempt to bring about or resist large-scale change in the social order by non-institutionalized means (1973, Wilson)”

Mark Traugott (1978) has agreed that collective behaviour and social movement are separate phenomena. Whereas collective behaviour is characterized by spontaneity and lack of internal structure, social movements have a high degree of internal order and a sustained, purposeful orientation. They are highly structured, have well-defined statuses and norms, endure for many years, and have well-established goals.

Refer to movements that also focus on the individual, but they seek total, not partial change. Examples: Christian Movements; Couples For Christ

Refer to movements that aim at total change in the existing social order. There is a need to re-structure or to completely overhaul the existing structure which members perceive as unjust, exploitive and anti-people’s well being. Transformative movements are true revolutions. Examples: Bolshevik Revolution in Russia; the Philippine Revolution of 1896; the French Revolution.

Mass communication refers to an organized communication through organizational structures. It is directed towards a relatively large audience during a short period of time or even instantly (Wright 1984).

Collective behaviour and social movements depend heavily on mass communication among many people. The emergence of mass media has greatly increased the number of people exposed to collective action and the amount of information (or misinformation) conveyed to them.

The mass media include: