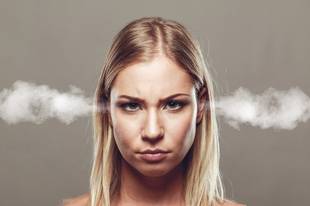 Effects on Attitudes and Behavior

It is understandable that the widespread effects of puberty on children’s physical well-being would also affect their attitudes and behaviour. However, there is evidence that the changes in attitudes and behaviour that occur at this time are more the result of social than of glandular changes, though the glandular changes unquestionably play some role through their influence on body homeostasis. The less sympathy and understanding the pubescent child receives from parents, siblings, teachers, and peers and the greater the social expectations at this time, the greater the psychological effects of the physical changes.

The most common, serious, and persistent of puberty changes on attitudes and behaviour are given below:

Common Effects of Puberty Changes on Attitudes and Behavior

Pubescent children are bored with the play they formerly enjoyed, with schoolwork, with social activities, and with life in general. As a result, they do as little work as they can, thus developing the habit of underachieving. This habit is accentuated by not feeling up to par physically.

Rapid and uneven growth affects habitual patterns of coordination, and the pubescent child is clumsy and awkward for a time. As growth slows down, coordination gradually improves.

The pubescent child is often uncooperative, disagreeable, and antagonistic. Open hostility between the sexes, expressed in contrast criticism and derogatory comments, is common at this age.

As puberty progresses, the child becomes friendlier, more cooperative, and more tolerant of others.

Moodiness, sulkiness, temper outbursts, and a tendency to cry at the slightest provocation are characteristic of the early part of puberty. It is a time of worry, anxiety, and irritability, as may be seen in details below.

Effects of Endocrine Imbalance at Puberty

An insufficient amount of growth hormone in late childhood and early puberty causes the individual to be smaller than average at maturity.

If the gonadal hormones are not released in adequate amounts soon enough to check the growth hormone, growth of the limbs continues too long, and the individual becomes larger than average. Insufficient amounts of gonadal hormones also affect the normal development of the sex organs and the secondary sec characteristics, with the result that the individual remains childlike or takes on characteristics of the opposite sex, depending on when the interruption in the developmental cycle occurs.

An imbalance in the functioning of the pituitary gland and the gonads can cause production of an excessive amount of gonadal hormones at a very young age, resulting in the onset of puberty sometimes as early as five or six years of age. This is known as precocious puberty or puberty precox. While such children are sexually mature in that their sex organs have begun to function, they are still small in stature and the secondary sex characteristics are not as well developed as in those who mature at the usual age.

The pubescent child, formerly so self-assured, becomes lacking in self-confidence and fearful of failure. This is due partly to lowered physical resistance and partly to the constant criticism of adults to peers. Many boys and girls emerge from puberty with the foundations of an inferiority complex.

The bodily changes that take place during puberty cause the child to become excessively modest for fear that others will notice these changes and comment on them unfavourably.

Although all children exhibit some of these attitudes and behaviour patterns, they are more marked before sexual maturity is attained, or during what Buhler has called the “negative phase”.

Girls, as a general rule, are more seriously affected by puberty than boys, partly because they usually mature more rapidly than boys and partly because more social restrictions begin to be placed on their behaviour, just at a time when they are trying to free themselves from such restrictions. More has discussed the reason why boys are not as greatly affected by puberty changes as girls:

Puberty appears to have been a more gradual affair. It did not burst on them with the rapidity of development that the girls experienced. The impulses aroused may have been just as strong or stronger for the male but he had more chance to adjust to them as they grew.

How seriously puberty changes will affect behaviour will be greatly influenced by the ability and willingness of pubescent children to communicate their concerns and anxieties to others and, in that way, get a new and better perspective on them. As Dunbar has explained, “The affective reaction to change is largely determined by the capacity to communicate . . . Communication is a means of coping with anxiety which inevitably accompanies stress”. Pubescent children who find it difficult or impossible to communicate with others exhibit more negative behaviour than those who can and will communicate.

The psychological effects of puberty are also complicated by the social expectations of parents, teachers, and other adults. Boys and girls are expected to act according to certain standards appropriate for their ages. They find this relatively easy if their behaviour patterns are at the appropriate developmental levels. However, children who are maturationally unready to fulfil the social expectations for their ages are likely to have problems.

Characteristics of Puberty Puberty is a unique and distinctive period ...