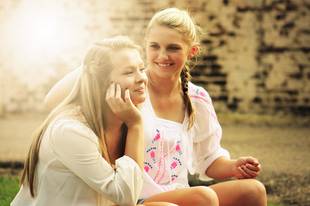 Puberty is a unique and distinctive period and is characterized by certain development changes that occur at no other time in the life span. The most important of these are discussed below:

Puberty Is an Overlapping Period

Puberty must be regarded as an overlapping period because it encompasses the closing years of childhood and the beginning years of adolescence, as shown in details below:

This stage overlaps the closing year or two of childhood when the child is regarded as a “prepubescent” – one who is no longer a child but not yet an adolescent. During the prepubescent (or “maturing”) stage, the secondary sex characteristics begin to appear but the reproductive organs are not yet fully developed.

This stage occurs at the dividing line between childhood and adolescence; the time when the criteria of sexual maturity appear – the menarche in girls and the first nocturnal emissions in boys. During the pubescent (or “mature”) stage, the secondary sex characteristics continue to develop and cells are produced in the sex organs.

This stage overlaps the first year or two or adolescence. During this stage, the secondary sex characteristics become well developed and the sex organs begin to function in a mature manner.

Puberty Is a Short Period

Considering the many and extensive changes that take place inside the body as well as externally, puberty is a relatively short period, lasting from two to four years. Children who pass through puberty in two years or less are regarded as “rapid matures,” while those who require three to four years to complete the transformation into adults are regarded as “slow maturers.” Girls, as a group, tend to mature more rapidly than boys, as a group, but there are marked variations within each sex group.

Puberty Is Divided into Stages

Puberty Is a Time of Rapid Growth and Change

Puberty is one of the two periods in the life span that are characterized by rapid growth and marked changes in body proportions. The other is the prenatal period and the first half of the first year of life.

The latter is usually referred to as the “baby growth spurt.”

The rapid growth and development that occur during puberty are generally referred to as the “adolescent growth spurt.” More correctly, it is the “puberty growth spurt” because it precedes slightly or occurs simultaneously with the other changes of puberty. This growth spurt lasts for a year or two before children become sexually mature and continues for six months to a year afterward. Thus the entire period of rapid growth lasts for almost three years, slightly longer than the “baby growth spurt” which lasts for less than a year and a half.

The rapid changes that take place during puberty lead to confusion, to feelings of inadequacy and insecurity, and in many cases to unfavourable behaviour. In discussing these changes, Dunbar has said:

During this period the developing child experiences changes in body, changes in status including appearance and clothes, possessions and range of choice, and changes in attitude toward sex and the opposite sex, all of which by necessity involve a changed child-parent relationship and changes in the rules and regulations to which the youngster is subjected.

Puberty Is a Negative Phase

Many years ago, Charlotte Buhler labelled puberty the negative phase. The term phase suggests a period of short duration; negative suggests that the individual takes an “anti” attitude toward life or seems to be losing some of the good qualities previously developed.

Puberty Occurs at a Variable Age

Puberty can occur at any time between the ages of five or six and nineteen years. However, the average girl in the American culture of today becomes sexually mature at thirteen and the average boy, a year later. There are also variations in the amount of time needed to complete the transformation process of puberty. These range from two to four years with girls, on the average, requiring slightly less time than boys.

Variations in the age at which puberty occurs and in the time needed to complete the transformation process of puberty create many personal as well as social problems for both boys and girls. It is the variations in timing of puberty rather than the changes associated with it that make puberty one of the most difficult, even though one of the shortest, periods in the life span.

The best single criterion derived from work is satisfaction. There ...