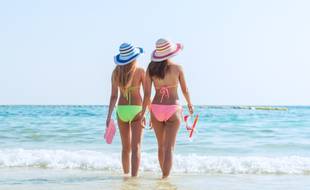 The term recreation means an activity that renews strength and refreshes spirits after toil or anxiety. Like play in childhood, it is activity engaged in for enjoyment, with no ulterior purpose to be achieved. It serves the same purpose as play does in the childhood years. However, the recreational interests of adults are different, in most respects, from the play interests in childhood or even in adolescence.

Young adults in the American culture of today have more leisure time than their parents or grandparents did and more than adults in most other cultures. This is due partly to the shorter workweek and partly to mechanization, which has made running a home less time – and energy-consuming than it formerly was. Furthermore, members of all social classes have more money to spend on recreation today than in the past.

In spite of these opportunities, many young adults do not find their recreational activities satisfactory. One of their major adjustment problems involves learning how to use their free time in an enjoyable way.

There are several major reasons why recreation presents a major adjustment problem. First, while they were in school or college, various forms or recreation were readily available to them, at no cost or at only a minimum cost, and they had many friends with whom to engage in these activities. Second, parents and teachers encouraged them to participate in the readily available forms of recreation as an important part of school and college life. And third, schools and colleges provided them with guidance and supervision in recreation so that they learned how to use their leisure time in a way that gave them satisfaction.

Many factors influence the pattern of adult forms of recreation. Some of the most important of these are given below:

In spite of a shorter workweek, most young adults find that they have less time for recreation than they had as adolescents because of work or family responsibilities, obligations to community organizations, or the necessity of taking a second job so that they can acquire the status symbols they consider important. They engage in forms of recreation that give them the greatest satisfaction or which are most practical from the point of view of time and money.

Young unmarried men and women not only have more time and money for different forms of recreation than those who are married but also spend more of their recreational time outside the home. In large families, much of the family-centered recreation is also home-centered – watching television and playing games with family members, for example.

Young adults who are popular and have many friends from their school years or from their jobs have opportunities for more socially oriented recreations after they finish their education than have adults who were not popular in school or college or who are living far away from their old schoolmates. Young adults who are completing their education have more opportunities for recreations involving people than have those who have no educational affiliation. Because geographically or socially mobile people have few social contacts and often lack acceptance in their new social groups, their recreations must, of necessity, be primarily solitary or family-oriented.

An analysis of the different kinds of recreational interests of American men and women today will show that they are in large part home – or neighbourhood-centered and that they differ markedly from the recreational interests of adolescents. Many of these changes in interest are the result of necessity. For example, while the children are still young, many of the family’s recreational activities are centered around them. Even when the children reach adolescence, the parent’s recreation is largely-centered.

Important Things You Need To Do Before Travelling

In our generation now, you are living in a cave ...