How To Develop Your Abilities 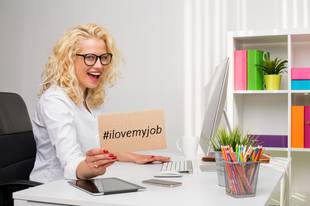 Everyone is more proficient in certain abilities than in others. Everyone has the ability to do at least one thing well, sometimes more than one. So it is obvious that the smart thing to do is to develop that one ability the highest degree possible. Break it down into small parts, and perfect yourself in each part. Make yourself so proficient in that one ability that you become expert at it. Many times your one great ability will lead you to a sideline. Develop that sideline as far as you can. The sideline may open up other avenues of advantage that develop into another of your hidden abilities. Thus you start an almost endless chain of development.

Let us say, for instance, that you favor adverstising work. Break down your advertising interests into the different kinds of advertising - newspaper, magazine, direct mail publicity, etc. - and take up one at a time. Then break down each kind still further, into the creative components-copy-writing, layout, headlines, typography, engraving, etc - then study each detail carefully, separate, one at a time. Eventually you will notice how each component part is related to the whole, and how the whole field of advertising is related to our national economy.

Exactly the same procedure can be applied to any and everyone of your abilities. Keeping it up and, before too long, you will establish a reputation as a knowledgeable person. Whenever someone in the office wants to know something, he will come to you. All this, of course, must be done quietly and steadily, not too obviously. Natural ambition will push you forward, but don't try to push yourself forward too aggressively.

If you have a specific goal to reach, you can arrive at it in two different ways: first, by working with people and getting people to work with you; second, by disregarding the spirit and interests of other people and riding over them roughshod on your way to your objective. One will develop a pleasant, the other an unpleasant, personality. Which do you prefer?

In the words of J.S Crockett,

How many times have we said of our fellow man, "What's he got that I haven't got?" The practical reply to the self-imposed question would be his own personality. This is one distinguishing element that each of us has which sets us apart from others.

This means that to improve ourselves and to get more people to respond favorably to our requests, the one big asset we have to work with is our own personality. In another attempt to define personality, we might agree that personality is the sum total of a person's character, actions, attitudes, mannerisms, traits, and habits, all of which distinguish that individual from another; and the degree to which the individual's personality is accepted by his fellow man is measured and determined by the quality of each of these ingredients.

So, in the final analysis - if all things are equal - when whatever you're proposing is on a par with what someone else might propose, and the question arises as to whose proposal will be acceoted, it is you that makes the difference. It is you who provides the edge. Your outlook on life, your optimism, your enthusiasm, your integrity, your sincerity, your faith, being a go-giver instead of a go-better, your sympathy toward another's misfortune, your interest in others, your patience, your willingness to listen. All these things reflect to your credit in your relations with people, and result in your presenting a pleasing and acceptable personality.

So the next time you find yourself wondering why you aren't doing better, and find yourself asking "What's he got that I haven't got?" - just remember, it's his own personality. It improve it to  make it more appealing in the eyes of others, that has everything to do with achieving your objectives and goals in life. Extend the area of your service to your fellow man and he will extend many gifts to you.

Make your job bigger. The constructive young businessman asks only one thing of a job - that it let him use his own brains and tackle his own problems. A man like this will go far because he is more interested in the job that allows him the opportunity to develop his abilities. He asks himself now and then, "Is my job hard enough and demanding enough? Is it keeping my brain alive and rustless? Does it stimulate me to learn more and think more? Can I use it as a means of self-development?"

An efficient executive once said, "I like to push men into jobs that seem to be over the heads. And I have found that nine out of ten make good." There may be some difference of opinion about the wisdom of this policy; but of one thing we are certain, in every large company there are workers who are fitted for much bigger jobs than they now have.

Transplant a flower from a little pot to a large pot, and it will grow larger. Promote a small jobholder into a larger jobholder, and the individual himself will grow larger. And in most cases the executive will grow, too, if he is given larger responsibilites. You can frequently turn an adolescent into a man by giving him a man's job. There is something about an advance like this that puts a man on his mettle, that spurs him into developing his abilities twice as rapidly as ever before. After all, business is not so much the handling of goods as the handling of men!

Naturally, to put the more ambitious promotion policies into practice, the head of every big company must be sure that he has enough second-line men in training - men who are ready to step into the first line when there are vacancies. He should not expect a department head to train his own understudy. Very few department heads will do this of their own accord. They must be instructed and stimulated to do it. After all, business success comes from knowledge to work, and the steam we put behind that ability. In the words of an old Chinese proverb: "Without going, you can get nowhere."

In every army, there are second-line, third-line, and fourth-line officers. No officer is permitted to believe he is indispensable. If he would only realize it, every executive should have an understudy, a second-line man, for his own sake as well as for the sake of the company. As a matter of fact every executive should follow through on three jobs at one and the same time:(1) the daily job he is paid for doing, (2) the job of preparing himself to move up into the job ahead, and (3) the job of training an understudy to take his place.

If an executive will organize in this manner, he can then turn over his easier jobs to his understudy and have more time to take care of his more important jobs. Many an executive does not realize that he is more likely to be promoted when he has trained a man to take his place. Too many executives dig themselves in and try to become indispensable. They cannot see that this is against their own interests.

The wise executive has five tests for every man who comes to him for a job. He asks himself these five questions:

1. Does he sell himself to me?
2. Is he the type of man for the job?
3. Can he remain indifferent to discouragement?
4. Can he control his temper?
5. Has he ambitions for advancement?

Life is activity. A man's ability is evident in his daily activites. As long as a man is alive and in good health, he should be active. Idleness only causes mental disintegration. It is better for a man to start something, anything, than to be idle, even though he may not know how to finish it. He can learn. Every man has his failures, but he learns from his failures and keeps on moving ahead.

Control of emotions important.Most jobs demand calmness, quiet decisions, and control of emotions. Good emotional stability enables a man to develop his abilities as far as he can go, and sustains his reputation for reliability and dependability. The man of stability retains his equilibrium at all times and under any conditions; he is not given to excess in such emotional luxuries as hate, fear, joy, love, anger, temper, and temperament. He is "calm, cool, and collected," without any tendency toward irrational extremes. Such a man builds his own reputation by building the confidence of others in his ability to act like restrained, sensible, dignified business-man.

As stated by Kinsey N. Merritt: Personality is not something that you have or do not have, but rather, as I think Homer Pace puts it, it is the sum of those things that go to make you different from other people. In other words, it's the thing that makes me, me, and you, you; and among those little things might be included your appearance, your manner of speech, your manner of dress, your handshake, your smile, your confidence and so on.

People like to deal with agreeable people, and that's true whether they be your fellow workers, your customers, your family, or anyone else; but nevertheless a personality cannot always be centered on agreeableness. If that is the case, sometimes it rides off in all directions. No, a personality can be agreeable and still have force!

I raise the question with you. When you walk into a group. do you bring confidence? Do you bring inspiration and pleasure, or do you bring irritation and fear? If the latter, your personality needs a little attention.

Remember that when you show undue irritation, you are merely covering up some personality trait that you didn't have, although you may be doing it unconsciously. Any man who sells, any man who is a leader of other men, must have an attractive personality that has both direction and force behind it; and one is not necessarily born with such as personality. It can be developed! In fact, it must be!

Work can be fun - and it shows in your personality! Some people have known all along, of course, that work can be fun. Unfortunately, many people go through life making a dull routine of their jobs and considering the time clock more of a necessary evil than a symbol of pleasant hours spent in gainful enterprise.

What To Do After A Success Job Interview

Securing Favorable Attention Suppose that you succeed in securing an ...

Want A Self Upgrade? Why Don't You Try These

Ever wonder how to become an achiever? But before that, ...