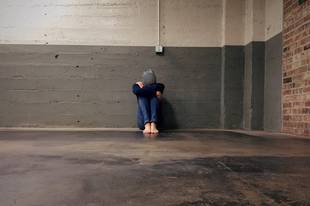 Ethnic Groups in the Philippines

Ethnic groups in the Philippines are classified according to certain physical, cultural, linguistic, religious and geographic criteria.

A. According to distinctive physical traits

B. According to cultural standpoints

C. According to linguistic groupings

PANAMIN reports that there are about 87 ethno linguistic groups in the Philippines-e.g., Tagalog, Ilokano, Waray, Hiligaynon, Kapampangan, Ilonggo, etc.

D. According to religion

The Muslims make up the largest single non-Christian group. They have nine ethno-linguistic groups, namely:

From the Spanish regime to the present, Muslim and Christian intergroup relationships have been characterized by animosity and suspicion. This has been expressed in the Muslims’ ongoing resentment of Christian settlers and attempts at secession to form an independent Mindanao (Grant and Fima, 1973). Muslim revolutionary groups, the Moro National Liberation Front (MNLF) and the Bangsai Moro Liberation Front (BMLF) want Mindanao, Sulu, and Palawan to secede from the Philippines. (Glang, 1969)

The government has tried to attend to the needs of these cultural communities. It has pursued a policy of national integration, rehabilitation, and economic development as part of all programs for national development. It has accelerated the economic, educational, and social programs for the area and aimed to restore the ancestral lands to the Muslim Filipinos. In 1976, an agreement was made between the Republic of the Philippines through then President Ferdinand Marcos and the MNLF for the autonomy of 13 provinces in Southern Philippines and the establishment of a government to administer the area. The pact is popularly referred to as the Tripoli Agreement. The first administrator of this provincial government is Nur Misuari, Moro National Liberation Front Chairman. The first formal peace negotiations started in October 26, 1993 between Nur Misuari and Ambassador Manuel Yan, chief government negotiator.

The Tripoli Agreement apparently did not succeed as hostilities between the two parties would still continue to date, peace talks are ongoing to address the details of the Muslim insurgency problem; the kind of autonomy the Muslims expect in terms of boundary, taxation powers, greater freedom in the exercise of Shariah laws, and, more generally, their quest for Mindanao as their home. (Panopio 1994)

The Cultural Communities and the Christian Filipinos

The non-Christian Filipinos now known as cultural communities make up 10% of the total national population. They have maintained their culture in their clothes, art, religion, ethnic dialect, customs, traditions and other superficial differences. There are 77 major ethno-linguistic groups in the Philippines. (Philippine Cultures, 20)

B. Smaller Groups in Luzon

Measures and Efforts to Eliminate or Reduce Prejudice and Discrimination

Special measures are needed to eliminate or reduce prejudice and discrimination of the minority groups. These include:

Theories Of Prejudice You Need To Know

Theories of Prejudice Light (1985) gives the following explanations on ...

What Does Toothpaste Really Do To Protect Our Teeth

You have seen commercials telling us that toothpaste protects our ...