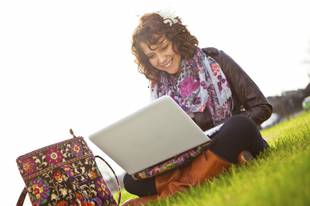 There's no denying that Facebook is the largest social networking site right now. It's so large and popular that even your grandma has an account already. Every Facebook user knows that there is this feature called status update where essentially let your friends know what you're up to or how you have been. It doesn't just stop there because you can post almost anything like photos and videos too. So just for fun we tried categorizing status updates that people do.

You might even think that they are becoming dangerously open about what, when, or where they are doing something. Thinking about it you might even be able to plot and predict their daily routines or actions. These posts can be small like what they're eating for lunch but you'll also get a report of their dinner and breakfast. Even when they are going of to work and if they're late. Some status updates are long and can be considered as a personal blog post, a document of their activities of the day.

They're status updates that only contains quotes. You don't know if they're going through something or they just like the quote and love the idea of giving someone the courage to get through life. Sometimes these status updates gets ridiculous where you see quotes that you are sure they were not from the person they supposedly quoted from.

You know they love music and they will affirm it by making sure to post song lyrics. Some are just parts of the song while others will just copy and paste the whole lyrics. Well they might be just want to keep a record of the lyrics from their favorite song.

These status updates holds nothing when showing their anger. You can't even decipher from the text if it's telling you that it hates the sandwich, the cheese, the dog sitting in front of him, the table he's eating on or the chair he's sitting on. Glancing the texts hints you that it might be saying that it hates everything but something tells you that they are just saying that they don't like something. Which you'll never know just from the status update.

The status updates that has a picture and a caption that usually goes something like this "I'm fat and ugly". Looking at the picture will just make you go scratching your head because you don't know if they just posted the wrong picture or the wrong caption. Then looking at the comment section you see that there are a lot of people making this poor soul feel happy about their self.

You know these guys personally and didn't have the slightest knowledge that they possess such great wisdom. They make status updates that you're pretty sure they haven't had any personal experience but reading out make you think otherwise. The status update is just undeniably a good advice of something. Sometimes they post some great things that you start thinking that he can be a great president with such knowledge. These people are also the people who post a lot about politics. Reading their posts will make you think thay they will have a future as a political analyst.

Important Things You Need To Do Before Travelling

In our generation now, you are living in a cave ...

Ways To Make A Great Impression

It is just so easy to evaluate a person by ...

Signs That You And Your Partner Are Total Power Couple

Have you seen picture of Angelina Jollie and Brad Pit ...