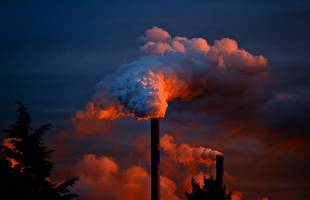 Water pollution is the introduction into land or ocean waters of chemicals, physical, and biological materials that degrade the quality of the water. The process ranges from simple addition of dissolved or suspended solids to discharge off the most poisonous pollutants, such as pesticides, heavy metals, and bioaccumulative chemical compounds, that pervade the environment.

River, lakes, and reservoirs provide water for Philippine population. Communities also use these surface waters as a means of carrying away sewage - the food wastes and human wastes from homes, offices, and factories. Sewage usually is processed in sewage treatment plants. These plants destroy harmful pathogens, remove toxic substance and oxygen before putting the treated sewage back into surface waters. Sometimes, however, treatment plants do not operate properly or cannot process the amount or kind of sewage being dumped. As a result, untreated or improperly treated sewage reaches surface waters. Untreated sewage can contain the pathogens that cause such diseases as typhoid fever, cholera, and dysentery. Contact with polluted water can also cause skin rashes and infections.

Industrial wastes are another source of surface-water pollution. Chemicals, oils, and detergents are often dumped into the surface water that also serves as the water supply. Rain also washes pesticides and fertilizers from the land into the surface water. These chemicals can get into the human body when people drink the water or eat fish that have grown in it.

Toxic chemicals are often discarded in steel drums which are put in landfills. When the containers rust, the chemicals can leak into the groundwater. Chemical pollutants in water can cause immediate and long-term effects illnesses. Some of these chemicals are stored in fat and other tissues of the body. They can damage vital organs. Scientists suspect certain chemicals that might enter the water supply causing cancer, and others causing birth defects.

Many people live in area, like in the city, where the air contains harmful gases and particles. These pollutants have been added to their environment, mainly by the burning of such fuels as coal, oil, and gas. Automobiles, factories, and power-generating plants produce the greatest amounts of air pollution. By definition, air pollution is the act of introducing into the atmosphere substances or pollutants which may be injurious to the public health.

Common Air Pollutants and Their Effects to the Body

The most common air pollutants are sulfur oxides, carbon monoxide, nitrogen oxides, hydrocarbons, and such particles as dust, soot, and ashes. The sources of these air pollutants are shown in the chart. Different pollutants affect the body in different ways. Anyone who constantly breathes polluted air can experience serious health problems over time.

Sulfur oxides are strong-smelling, colorless gases that irritate the eyes, nose, throat, and lungs. These gases can combine with moisture in the lungs and cause a person to choke and cough. Sulfur oxides can cause attacks of emphysema, bronchitis, and asthma in people who have these diseases.

Nitrogen oxides create the brown haze often seen over cities. These pollutants irritate the eyes, nose, and lungs, and lower a person's resistance to diseases. Exposure to large amounts of nitrogen oxides can cause chronic bronchitis, pneumonia, and even death.

Hydrocarbons are a group of chemical compounds made up of hydrogen and carbon. Some hydrocarbons are known to cause certain types of cancer. For example, the hydrocarbon benzene - which is given off when gasoline is burned - has been identified as one cause of leukemia. Hydrocarbons react with nitrogen oxides in sunlight to form photochemical smog. Smog irritates the eyes, throat, and lungs.

Particles of dust, soot, and ashes in polluted air irritate the eyes, throat, and lungs. The larger particles can clog the air sacs in the lungs making it hard to breathe. The smaller particles that can pass into the bloodstream often are carcinoggenic. When these materials build up in the body, they can contribute to the development of cancer.

Noise pollution is a composite of sounds generated by human activities ranging from blasting stereo systems to the roar of supersonic transport jets.

Sounds that can damage the ears and contribute to other health problems are noise pollution. Loud and high-pitched noises that occur suddenly or last a long time, tend to be the most irritating and the most harmful. Most noise sources are measured in terms of intensity or strength of the sound field.

The loudness of sounds is measured in units called decibels (dB). The standard unit of one decibel (dB) is the amount of sound that is just audible to the average human. Most conversation is about 60 decibels. Noise levels about 90 decibels (dB) can damage hearing. Studies have shown that prolonged exposure to such loud noises can cause temporary and even permanent hearing loss.

Intensity of Some Common Sounds

Noise pollution cancontribute to stress. Too much loud noise cause the heart to beat faster and blood vessels to constrict. Such stress-related physical health problems as high blood pressure and ulcers can also result from noise pollution.

Emotional problems related to stress can result from noise pollution. Some people feel irritable and tense, or have difficulty in sleeping. They find it difficult to concentrate or pay attention when exposed to loud noises. These reactions might explain why people tend to have more accidents in noisy situations. In one recent study, people became more aggressive after being exposed to loud noises which they could not escape or control. They tended to fight and argue more often.

Many communities have passed laws to help control noise pollution. Citizens can get involved by reporting noise problems and requesting actions to reduce the noise. Individuals, industries, and government working together can help reduce and prevent harmful noises in the environment.

Problems On Economic Development Economic development does not refer solely ...