Entertainment And Hobbies For Young Adult 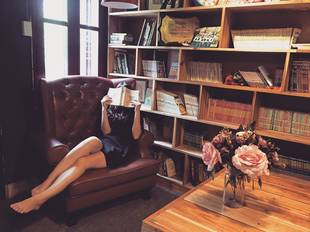 Limited budgets and parental responsibilities restrict the amount of entertaining by young adults. Entertaining relatives is far more common than entertaining friends and neighbors. Even unmarried adults do relatively little entertaining, and what little they do is more often done outside the home.

Entertainment of friends and neighbors is usually informal. During the summer months, picnics or backyard barbecues, which children also attend, are the favorite forms of entertainment. Home entertainment may also include card parties, where simple refreshments are served, and small dinners or cocktail parties.

Many adults do not pursue hobbies until their financial position is such that they have the necessary leisure time. Others, who find their work boring and frustrating, take up hobbies as a form of compensation. Men and women of high intelligence have more hobbies than those of lesser abilities. As a rule, men who are vocationally the most successful pursue more hobbies than those who are less successful.

Hobbies are, for the most part, of a constructive nature. They include such activities as cooking, gardening, painting, sewing, knitting, crocheting, making and repairing furniture, taking pictures and developing films, playing an instrument, and collecting things. Most of these hobbies can be carried out in the home and do not require the companionship or help of others.

While amusements – activities in which the individual is a passive participant – are enjoyed by people of all ages, they grow in popularity during adulthood. Some of the amusements men and women enjoyed when they were younger, such as going to the movies, become less appealing as they grow older. On the other hand, interest in other amusements, slight during childhood or adolescence, grows stronger in adulthood. Details below show some of the most popular amusements among young adults in the American culture of today.

Because of their many responsibilities, young adults have limited time for reading. As a result, they must become more selective about what they read. Young adults spend more time reading newspapers and magazines than books.

Young adults listen to records and to music on radio and television, often as a way of relieving feelings of boredom or loneliness. Some prefer popular music, a carry-over from adolescence, while others may develop a taste for classical music.

Young unmarried adults often go to the movies on dates, as they did in adolescence. Married adults go to the movies less frequently, especially if they have children, in which case they must either hire baby-sitters or limit their choice of movies to those which are suitable for children.

Many women listen to the radio while doing housework, and men may listen as they drive to and from work. The radio provides both news and entertainment.

Television watching, especially in the evenings, is a favorite amusement of adults with children. The larger the family and the lower the income, the more time is spent watching television. Men, as a group, prefer sports programs while women prefer domestic comedies or reruns of well-known movies.

Social Mobility in Early Adulthood There are two types of ...