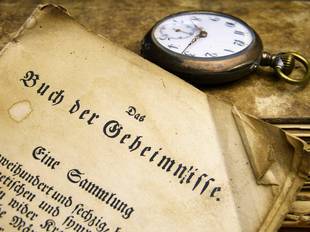 Education in the Philippines has undergone several stages of developments from the pre-Spanish times to the present. In meeting the needs of the society, education serves as focus of emphases/priorities of the leadership at certain periods/epochs in our national struggle as a race.

As early as in pre-Magellanic times, education was informal, unstructured, and devoid of methods. Children were provided more vocational training and less academics (3 Rs) by their parents and in the houses of tribal tutors.

The pre-Spanish system of education underwent major changes during the Spanish colonization. The tribal tutors were replaced by the Spanish missionaries. Education was religion-oriented. It was for the elite, especially in the early years of Spanish colonization. Access to education by the Filipinos was later liberalized through the enactment of the Educational Decree of 1863, which provided for the establishment of at least one primary school for boys and girls in each town under the responsibility of the municipal government; and the establishment of a normal school for male teachers under the supervision of the Jesuits. Primary instruction was free and the teaching of Spanish was compulsory. Education during that period was inadequate, suppressed, and controlled.

The defeat of Spain by American forces paved the way for Aguinaldo’s Republic under a Revolutionary Government. The schools maintained by Spain for more than three centuries were closed for the time being but were reopened on August 29, 1898 by the Secretary of Interior. The Burgos Institute in Malolos, the Military Academy of Malolos, and the Literary University of the Philippines were established. A system of free and compulsory elementary education was established by the Malolos Constitution.

An adequate secularized and free public school system during the first decade of American rule was established upon the recommendation of the Schurman Commission. Free primary instruction that trained the people for the duties of citizenship and avocation was enforced by the Taft Commission per instructions of President McKinley Chaplains and non-commissioned officers were assigned to teach, using English as the medium of instruction.

The high school system supported by provincial governments, special educational institutions, schools of arts and trades, agricultural schools, and commerce and marine institutes were established in 1902 by the Philippine Commission. In 1908, the Philippine Legislature approved Act No. 1870, which created the University of the Philippines. The Reorganization Act of 1916 provided for the Filipinization of all department secretaries except the Secretary of Public Instruction.

Japanese educational policies were embodies in Military Order No. 2 in 1942. The Philippine Executive Commission established the Commission of Education, Health and Public Welfare, and schools were reopened in June 1942. On October 14, 1943, the Japanese-sponsored Republic created the Ministry of Education. Under the Japanese regime, the teaching of Tagalog, Philippine History, and Character Education was reserved for Filipinos. Love for work and dignity of labor was emphasized. On February 27, 1945, the Department of Instruction was made part of the Department of Public Instruction.

In 1947, by virtue of Executive Order No. 94, the Department of Instruction was changed to Department of Education. During this period, the regulation and supervision of public and private schools belonged to the Bureaus of Public and Private Schools.

The Education Act of 1982 created the Ministry of Education, Culture and Sports, which became the Department of Education, Culture and Sports in 1987 by virtue of Executive Order No. 117. The structure of the DECS, as embodied in EO No. 117, practically remained unchanged until the Commission on Higher Education (CHED) and the Technical Education and Skills Development Authority (TESDA) were established in 1994 and in 1995, respectively, to supervise tertiary degree programs and non-degree technical-vocational programs.

The Congressional Commission on Education (EDCOM) report provided the impetus for Congress to pass RA 7722 and RA 7796 in 1994 creating the Commission on Higher Education (CHED) and the Technical Education and Skills Development Authority (TESDA), respectively.

In August 2001, Republic Act 9155, otherwise called the Governance of Basic Education Act, was passed transforming the name of the Department of Education, Culture and Sports (DECS) to the Department of Education (DepEd) and redefining the role of field offices (regional offices, division offices, district offices and schools). RA 9155 provides for the overall framework for (1) school head empowerment by strengthening their leadership roles and (2) school-based management within the context of transparency and local accountability. The goal of basic education is to provide the school age population and young adults with skills, knowledge, and values to become caring, self-reliant, productive and patriotic citizens.

10 Things Your Profs Didn't Teach You

Okay, school has been a tough ride, but we have ...

Functions of Education Education performs both manifest and latent functions ...

The Nature And Etymology Of Education

In the widest sense, education may be held to include ...