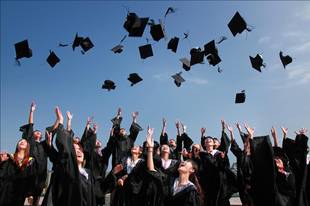 Education performs both manifest and latent functions for the individual and the society.

These refer to the explicit, expected, intended or predetermined activities, goals or purposes of formal education. These goals may be accomplished through deliberate action and indirectly through the associations and role models presented to the learners. These are manifested in the official academic curriculum.

The manifest functions include:

a. Inculcation of values and norms of society.

The school serves as an agency that passes on to the young the expressed ideals and values of the society. It is through the educational system that the young learn about our laws; our sense of social responsibility; our ideals of democracy, reasonableness, justice, equality and fair play. To the degree that education develops shared values and norms it will contribute to the solidarity and unity of the community.

b. Maintenance and perpetuation of the cultural heritage.

The accumulated knowledge, understandings, and wisdom of our society in particular and the world society in general are passed on from one generation to another through socialization and more deliberately through formal education. These are contained in an official curriculum planned and prepared by educational experts and carried on by professionally trained teachers in a specialized institution called schools to insure the transmission of the social heritage. Students are exposed to the different intellectual disciplines – the sciences and the arts; to the ideas of great philosophers like Aristotle and Plato; scientists like Copernicus, Galileo, and Edison; to great charismatic leaders like Christ, Gandhi, and Mohamed; men of arts like Da Vinci and Michel Angelo; and literary geniuses like Wordsworth, Tolstoi, Keats, Confucius, Shakespeare, and our very own Dr. Jose Rizal, Francisco Baltazar, and Andres Bonifacio.

c. Extension and addition to the cultural heritage.

One of the major expected functions of institutions of higher learning is the interpretation, production, and generation of new knowledge. New knowledge gained through rigorous research is equally valuable to the society and is passed on to the succeeding generation. Scientific investigations conducted at pure research universities contribute to the basic understanding of ourselves, our society and the universe we live in. This is a departure from the studies carried out in business and in private research institutes which are almost driven by practical and profit motives.

The norm or idea behind the expectation of society for universities to engage in research is made quite clear in the colloquial “Publish or Perish.” This simply means that the faculty must conduct publishable research as condition or requisite sine qua non for their continued tenure in the university. It is through these intellectual pursuits that the university actually pushes the frontiers of science and society and adds to the heritage of society and civilization.

Traditionally, family background, sex, race, ethnicity, and religion determine the social position one holds in the society. This is especially true in societies with a close class system of social stratification. In the modern industrial and complex societies, where an individual is allowed to move up and down the social ladder through his intelligence, effort, will or sheer luck, the schools are granted the power to place individuals into specific social positions. Colleges and universities are granted that power through their course offerings that award different types of degrees or train the students for different specializations. The schools help individuals select their future adult roles from a wide selection of social roles and make them eligible for certain jobs and occupations.

In countries rocked by internal strives and conflicts brought about by diverse cultures, religious, ethnic groups, races, dialects, creeds, loyalties, or social classes, the school is tasked with exploring ways and means of reducing if not totally eliminating friction and conflicts brought about by racial, religious, ideological or socio-political biases and prejudices. The school is expected to be an agency to bring about national solidarity and love of country by integrating different groups in order that they will adopt a common national ideology, national consciousness, and national identity. People are led to integrate themselves into the mainstream of society. To attain this end, the schools are tasked to inculcate the concepts and values of cultural pluralism, cultural relativism, religious tolerance and religious pluralism, social responsibility, respect for cultural diversity and interdependence as people of diverse cultural,, political and historical backgrounds live in harmony and peaceful co-existence as they go about and participate in the daily activities of community life.

These activities, goals or purposes are unintended or not originally designed to serve. They are functions which are often the hidden ends or goals or the unintended consequences of the education process. These are referred to as “hidden curriculum.”

Among the more commonly named latent functions are:

The school acts as a baby sitter for families where both parents are employed or want to be able to do something other than constant child care. The school now provides childcare outside of the nuclear family. The increased number of mothers who work to augment family income and the prevalence of single parents who are forced to support their dependents have contributed to the establishment of more day care centers and day care programs in many of our public schools.

Traditionally, seeking for a job is normally done only after finishing a certain level of schooling, depending on the level of schooling of that society. In the Philippines, job hunting is usually done after finishing a two-year vocational course after secondary education or a four-year course in college. However, as more and more students drop out of school due to poverty, these student drop-outs are forced to enter the labor force for semi-skilled or unskilled jobs.

c. Reduce the level of unemployment.

In the Philippines, there is a move to restore Grade 7 or to add one more year in elementary school level. But as we extend the length of years in the education of our youth, we also keep them in school longer and out of the labor force. This has the consequence of reducing the level or unemployment.

The school provides a variety of settings and opportunities for young people of the opposite sex to interact and share various activities together. This is especially true in public and private schools, which provide co-education. The school provides an opportunity for them to meet and date. With the new trend in speed dating, this has found its way even in our schools in the tertiary level, the school acts as a marriage market or marriage broker for our youth. One of the reasons why many women go to college is that of finding a husband.

In the schools, children get formal lessons and training to develop self-discipline, personal control and social skills. These are purposely and deliberately included in the school formal curriculum to foster their wholesome intrapersonal and interpersonal relationships. However, some of the most significant lessons learned in school are not those listed in the formal curriculum, but rather, the social attitudes and values acquired by the learners are those found in the “hidden curriculum.” The hidden curriculum refers to the set of unwritten rules of behaviour taught in schools that children must master to succeed there and to be prepared for the world outside.

Regimentation and authoritarianism exist in many of our schools today. The school reproduces the relations of domination and exploitation; John Hoyt, author of the “Underachieving School,” listed lessons in “discipline” – lessons that never appear in a formal teacher’s lesson plan. Among these are the following:

No wonder, schools have been described as “prisons” where the learners are held in silent and repressive captivity. As a consequence, these schools develop passive, docile and subservient learners, if not the aggressive, anti-social, and delinquent youths. This “hidden curriculum is what Paulo Freire calls the “culture of silence” and the “culture of sabotage.” A good number of our youth drop-out or fail in school, not because they lack the necessary motivation and intellectual potentials, but because they are either unable or unwilling to learn or use the values, attitudes and skills contained in the “hidden curriculum.”

It is hardly surprising that a society’s schools tend to mirror and reproduce its system of social stratification. Children of the marginalized and culturally disadvantaged families have to squeeze their way into the overcrowded public schools, while those of the rich and the famous are feted into the few elite schools. The schools have become a showcase for the haves and the have-nots, the powerful and the powerless, the dominant group and the subordinate group of a given society.

The schools of the poor Third World countries receive funds, donations and foreign aids from the rich First World countries. The educational reforms that have taken place in these “underdeveloped” nations have had as a common objective the preparation of the labor force with skills that can be used to man the assembly lines of foreign multi-national and transnational corporations under the guise of “national development.”

An infant's early behavior is largely determined by basic biological ...

How Conditioning And Learning Developed

Learning is basic to understanding behavior. The psychological study of ...