How Conditioning And Learning Developed 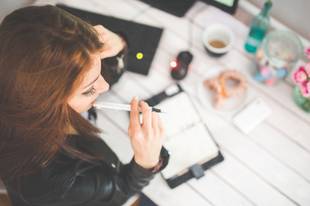 Learning is basic to understanding behavior. The psychological study of learning embraces much more than the learning of a new job or an academic subject; it also bears upon the fundamental problems of emotional development, motivation, social behavior, and personality.

Learning may be defined as a relatively permanent change in behavior that occurs as a result of prior experience. The change may be seen when a situation arises in which the new behavior can occur. However, learning is not always immediately reflected in performance and not all changes can be explained as learning. The phrase, relatively permanent, excludes those changes in behavior that result from temporary conditions such as fatigue or the influence of drugs, changes that are due to maturation, disease, or physical damage. To define learning more simply, we might say that learning is "profiting from experience".

How do organisms learn?

1. Classical conditioning - An organism learns that 2 stimuli tend to go together. Example: A baby learns that the sight or a nursing bottle is associated with the taste of milk.

2. Operant conditioning - An organism learns that some responses it makes, leads to a particular consequence. Example: A baby learns that raising a bottle to his or her mouth (the response) brings milk (the consequence)

There is more to learning than associating one event with another. A more complicated process is cognitive learning.

How is classical conditioning shown in Pavlov's experiments?

Laboratory studies of classical conditioning with humans and animals indicate that learning is best when CS precedes US by about 1-1/2 seconds.

What laws of learning can be considered in the learning process through classical conditioning?

1. Acquisition - Each paired presentation of the CS and the US is called a trial. The period during which the organism is learning the association is the acquisition stage. The repeated pairing of the CS and the US, strengthen or reinforce the conditioned response. Reinforcement refers to any event that increases the probability of a response.

2. Extinction - If the conditioned behavior is not reinforced or the CS is omitted, repeatedly the conditioned response gradually diminishes. Repetition of the CS (turning on the light without offering meat) is called extinction.

3. Generalization - The more nearly alike the new stimuli are to the original, the more likely they are to evoke the conditioned response. This principle called generalization accounts for our ability to react to novel situations insofar as they are similar to familiar ones.

How is operant conditioning demonstrated as an approach to the study of learning?

When you teach a dog a trick, you cannot use classical conditioning. So you get the dog to do a trick as best you can and afterward reward it with either approval or food.

B.F Skinner introduce the concept of operant conditioning. Operant behavior simply happens. It appears to be spontaneous rather than a response to a specific stimulus. Most voluntary behavior is operant behavior. Example: Answering the phone is operant behavior. A ringing telephone is a discriminative stimulus. It tells you that someone is on the line, but does not force you to pick up the receiver.

In Skinner's experiment, a hungry rat is placed in a box. A small light bulb above a protruding bar with a food dish can be lighted at the discretion of the experimenter. Left alone in the box, the rat moves restlessly and, by change occasionally presses the bar. At a certain level of bar-pressing, the experimenter activities a food magazine placed outside the box. Everytime the rat presses the bar a small food pellet is released down into the food dish just beneath the box. The rat eats and soon presses

What is cognitive learning?

A more complex form of learning which is concerned with organized relationships and meaning and gives attention to the roles of perception and knowledge is the emphasis of cognitive process. The cognitive viewpoint according to psychologists argue that learning particularly among human beings cannot be satisfactorily explained in terms of conditioned associations.

1. Insight learning - A problem is solved not by trial and error but by perceiving the relationships essential to solution. Example: A chimpanzee in trying to solve a multiple stick problem uses the shorter sticks. Then it pulls in a stick long enough to reach the piece of fruit. It has learned to solve this problem by understanding the relationships between the sticks and the piece of fruit.

2. Latent learning - This refers to any learning that is not demonstrated by behavior at the time of the learning. It emphasizes the role of understudy and the development of a mental picture of the learning situation. It makes use of previous knowledge.

How is individualized learning illustrated?

This is a tutorial arrangement, or a one-to-one relationship between the student and teacher in the form of a teaching machine. The basic idea is to present information to the student in a series of frames. Each frame contains a new item of information and also poses a question that the student must answer. After writing the answer, which is usually a word or a belief phrase, the student turns a knob that uncovers the correct answer and exposes the next instructional frame. In this way, the student goes stepwise through a course gradually introduced to each unit of instruction - being tested and reinforced at each step. The students can then proceed at their own pace following a curriculum best suited to their particular interests and talents. Example: 1) The computer-assisted learning (CAL), 2) Instructional programs.

1. Active participation - The learning is interacting with the curriculum following the old adages, "learning by doing",

2. Information feedback - The learner finds out with minimal delay whether the response is correct; thus, an error can be corrected immediately.

3. Individualization of instruction - The learner moves ahead at his own speed. Branching allows him to move through the material on a path designed to fit their aptitudes and interests.

How does learning take place?

Learning takes place through a purposeful effort. Exposure alone is not sufficient if this is only a passive activity. The learner learns through actual participation in such activities: reading books, writing compositions, solving problems, class discussions, answering questions orally, looking up reference materials, preparing experiments, working in industrial arts shops, and the like. Learning takes place through self-activity or self-involvement.

In the educative process what are the types of learning common in schools?

There are 4 major types:

1. Rational. Example: discovering the meaning of scientific law or principle and formation of concepts. The learning activities involve judgment, reasoning and reflective thinking. The outcome is knowledge.

3. Associate. Example: spelling, memorizing, a poem, dates and events. This learning involves the process of memory and association which bring about retention.

What are the 3 major laws of learning according to Thorndike?

1. Law of Readiness. This law states that when a connection or bond between a situation and response is ready to function it becomes satisfying to the learner. When the connection is not in readiness to function and the response is blocked, it is annoying. This implies the need for the motivation aspects of learning.

2. Law of Exercise. This involves the strengthening of connections with practice. The law has two aspects called use and disuse.

3. Law of Effect. This law states that when the response is accompanied or followed by satisfying conditions the strength of the connection is increased and the learner tends to repeat the response. This results to the mastery of the learning. Learning is in proportion to the satisfaction or dissatisfaction of the learner.

In addition to the major laws, Thorndike formulated 5 secondary characteristic. These are:

1. Multiple response. This is meant that in a sutuation where there is something new, the learner will respond in one way. If the response made is not satisfactory, he tries another until the correct response is made. This is trial and error learning.

2. Mind-set or attitude. The learning is guided by the attitude of the learner based on previous experiences.

3. Partial or piercemeal activity. - This involves a selectivity in learning. The learner selects only the important element from a situation among other elements.

4. Analogy. When the learner has no acquired response to a given stimulus, he may react by interpreting the situation in the best way he can.

5. Associative shift. When stimulus occur together frequently the response elicited by one stimulus tends to become attached to the others as well.