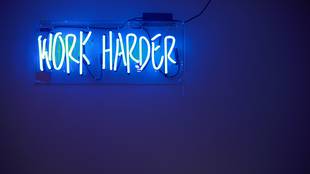 An infant's early behavior is largely determined by basic biological needs, but as the child grows, new motives appear that are learned by interacting with other people. They are called psychological motives to distinguish them from motives based on physiological needs, Security, acceptance, approval, feelings of self-worth, and competency are important psychological motives.

Maslow assumed a hierarchy of motives, ascending from the basic biological needs present at birth to more complex psychological motives that become important only after the basic needs have been at least partially satisfied. Example: When food, shelter and safety are difficult to ensure, the higher motives will have little significance. Only when the satisfaction of the basic needs is easy will the individual have the time and energy for aesthetic and intellectual interests.

These are illustrated in an isosceles triangle as shown in the diagram on the next page. Start reading from the bottom of the triangle.

Obviously, motivation and emotion are closely related. Conversely, our behavior often determines how we feel, feelings determine our action.

Freud's theory emphasizes two basic drives: sex and aggression. These motives arise in infancy, but when parents forbid their expression, they are repressed. A repressed tendency remains active. It is driven into the unconscious and finds expression in indirect or symbolic ways in later life.

Bandura's social learning theory focuses on patterns of behavior that are learned in coping with the environment. Learning may occur through direct reinforcement or rewards, or through watching the behavior or others and observing the consequences. Learning by observation is known as vicarious learning. Social learning emphasizes the role of models in transforming both specific behaviors and emotional responses. Some people control their emotions by behaving according to their own self-standards.

What factors lead to aggressive acts?

1. Freud views aggression as a basic instinct and is pessimistic about the possibility of eliminationg aggression. The death instinct turns into the destructive instinct. The living creature preserves its own life, so to say, by destroying an extraneous one according to Freud.

2. Other theories rejected the idea of  Freud and proposed that aggression is due to frustration.

4. In normal individuals the frequency with which aggressive behavior is expressed is determined largely by learning and social influences.

5. As a learned response, aggression can be learned through imitation. Observation of either live of filmed models of aggression increases the likelihood of aggression.

6. Emotions can active and direct behavior. Example: Anger is frequently an instigator or aggressive behavior.

How do psychologists classify emotions?

Others reserve the term "emotion" for more intense states and call the milder affective states as feelings.

Most of the physiological changes that occur during the emotional arousal result from the activation of the symphatetic division of the autonomic nervous system. The changes are:

1. blood pressure and rate increase,
2. respiration becomes more rapid,
3. the pupils of the eye dilate,
4. perspiration increases while secretion of saliva and mucus decreases,
5. blood sugar level increases to provide more energy,
6. blood clots more quickly,
7. motility of the gastro intestinal tract decreases; blood is diverted from the stomach and intestines and sent to the brain and skeletal muscles, and
8. hairs on the skin becomes errect causing "goose pimples".

As emotion subsides, the parasymphatetic system takes over and returns the organism to its normal state.

What do the theories of emotions propose?

1. James-Lange theory - proposes that feedback from these bodily changes determines the quality of an emotion. Example: "We are afraid because we run."

2.Cannon-Bard theory - proposes that bodily changes and the experience of emotion occur at the same time. Emotional feelings were result of joing arousal of the cortex and the symphatetic nervous system.

3. Cognitive - physiological theory proposes that emotional sates are a function of the interaction of cognitive factors and physiological arousal.

How can emotions be disruptive?

A mild level of emotional arousal tends to produce altertness and interest in the task at hand. When emotions become intense, they usually result in some decrease in performance. Example: Studies of soldiers under stress of combat show that only 15-25% can be counted onto fire their weapons. The rest simply freeze on the spot and are unable to fire. Continual emotional tension can impair physical health and can result in psychosomatic illness, for instance: ulcers, asthma, migraine, headaches, high blood pressure and skin eruptions. The symptoms are physical, but the cause of primarily psychological.

What is emotional intelligence? How does it affect one's behavior?

To know emotional intelligence, one must first know the meaning of emotion. According to Oxford English Dictionary, the term is defined as any agitation or disturbance of mind, feeling, passion and its distinctive thoughts, psychological and biological states, and range of properties to act?

Emotional intelligence is a new concept. No one can yet say exactly how much it accounts for from person to person.

How do sociologists explain the preeminence of "heart over head"?

Sociologists point to the preeminence of "heart over head" in crucial moments. Our emotions, they say, guide us in facing, predicaments and tasks too important to leave to intellect alone as in times of danger, painful loss, persisting toward a goal despite frustrations bonding with mate, building a family.

Each emoton offers a distinctive readiness to act; each points us in a direction that has worked well to handle the recurring challenges of human life. The survival value of our nerves as innate and automatic tendencies of the human hearth.

As we all know from experience, feeling counts every bit as much and often more than thought when it comes to shaping our decisions and our actions.

Have you come to realize that we have two minds?

According to Goleman a friend was telling him about her divorce which was a painful separation.

Her husband had fallen in love with a younger woman at work. Then suddenly said he was leaving to live with another woman. Months of bitter quarrel over house, money, and custody of the children followed.

Now, some months later she was saying that her independence was appealing to her, that she was happy to be on her own.

"I just don't think about him anymore. I really don't care." But as she said it, her eyes welled up with tears.

That moment of teary eyes could easily pass unnoted. But the emphatic understanding that someone's watering eyes means she is sad, despite her words to the contrary, is an act of comprehending, just as surely it is distilling meaning from words on a printed page. One is an act of the emotional mind, the other is of the rational mind. So in a very real sense we have two minds: one that thinks and the other one that feels.

These two minds interact to construct our mental life. The rational mind, is the mode of comprehension we are conscious or more prominent in awareness, thoughtful, able to ponder and reflect. But alongside there is another system of knowing impulsice and powerful, sometimes illogical. This is the emotional mind.

The more intense the feeling, the more dominant the emotional mind becomes and the more ineeffectual the rational mind.

These two minds work in tight harmony for the most part, intertwining their very different ways of knowing to guide us.

There are hundreds of emotions along with their blends, variations, mutations, and nuances. Indeed, there are many more subtleties of emotions than we have words for

The main types are:

This list does nto resolve every question about how to categorize emotion. For example, what about blends such as jealousy, a variant of anger that also blends sadness and fear? And what of the virtues, such as hope and faith, courage and forgiveness,certainty and equanimity? Or some of the classic vices, feeling such as doubt, complacency, sloth, and torpor or boredom? There are no clear answer, the scientific debate on how to classify emotion still continues.

What are emotions for?

For better or worse, intelligence can come to nothing when the emotions hold sway. This suggests that our deepest feelings, our passions and longings, are essential guides and that we owe much of the existence of emotions to their power in human affairs. That power is extraordinary. It is only a potent love that could lead a parent to override the impulse for survival in the urgency of saving a cherished child.

What are the various types of remembering? The various acts ...