Nature And Social Structure Of Economy 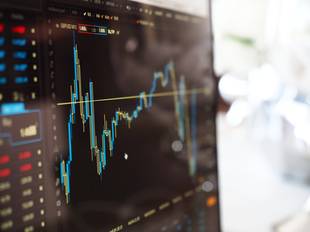 Nature and Definition of the Economy

From the first appearance of man on the planet, his first and foremost concern is his survival. His activities are primarily centered on the satisfaction of his economic needs, such as food, water, clothing and shelter. The first inhabitants of the planet were hunters or foragers, food gatherers and fishers. They were called nomads, the wandering people who transferred from one place to another to extract food from the environment. Later on, they banded together and formed permanent settlements. They developed agriculture and domesticated animals. They also engaged in other activities like pottery, handicrafts, woodcrafts, carpentry, metallurgy and other skilled and semi-skilled occupations. With the advent of the Industrial Revolution, the factory system, and other forms of mechanical industries, trade and commerce flourished and surplus goods were produced. The fast growth of population and the concomitant demand for the production more goods and services to supply outside markets led to division of labor and specialization. These economic activities and processes became so interdependent and interrelated that they developed into behavioral patterns. These patterns became stabilized and organized into a system. The system of production, consumption, distribution and exchange of material goods and services referred to as the economy.

Economy is one of the major social institutions which have significant implications for the society and culture. A great deal of man’s behavior is economically motivated. From birth to his last breath, man is greatly concerned with the satisfaction of his material needs and wants. Man’s economic activities greatly influence his social behavior, habits, skills, knowledge and personal relationships with other people in the society. On the other hand, the cultural expectations of the society, the available resources and opportunities for livelihood greatly influence his ambitions, aspirations, values, and decisions on the kind of economic pursuits he has to make, and the kind of goods and services he has to acquire or accumulate.

Economy refers to the structuring and functioning of the development and utilization of human and natural resources in the production, processing, distribution, and consumption of material goods and services. (Panopio 1985)

Economy refers to the system of producing and distributing the material needs of the society. Example: a capitalist economy. On the other hand, economics refers to the study of the way in which natural resources are used and how the wealth they produce is divided and of the application of the underlying principles to the needs and prosperity of the society (Lorimel L, 1995)

The combination of the processes of production, consumption, distribution, exchange, consumption and other patterns create an economic system. The type of economy that a particular society will adopt is determined by the availability of resources, the manner by which these resources are allocated and distributed, and the group of individuals who determine and decide on the distribution.

Panopio (1994) classified economic systems within various continuums in a spectrum as moving from:

Agriculture dominates the agrarian economy; whereas manufacturing, trade, and commerce and services dominate an industrial economy.

In a subsistence economy, the family is the center of economic activities and is simultaneously the production, processing, and distribution unit. The family unit provides for most of its own needs and seldom produces economic goods nor does it render economic services beyond its minimal, essential needs. The system of exchange is barter. On the other hand, mechanized economies employ, to a large extent, mechanized power for the production, processing, and distribution of economic goods. These activities are specialized, coordinated and synchronized units like: a complex of factories for mass standardized production; a network of transportation and communication; markets and stores for distribution of goods to consumers; a chain of banks for the exchange of economic goods and services for money; and a variety of media for the development of rational social norms and ideas.

Capitalism, as an economic system, enables one, through free enterprise, to keep the products of one’s efforts to oneself with a minimum of state control. Under communism, every person, through governmental collective ownership and control, facilities production, processing, distribution, and consumption, as well as shares in the goods produced by the society.

In the underdeveloped third world economies, a great part of natural and human resources are untapped. These economies become the source of raw materials and dumping grounds of the finished products of the super-developed first-world economies.

They also supply the low manpower wages and cheap labor for the MNC’s and TNC’s of the first world economies. These economies experience massive poverty and a low level of living.

On the other hand, a high degree of mechanization, industrialization, urbanization, automation, advanced technology, and a high level of living exist in a highly developed first world economy.

There are essentially two major type of economic systems dominating the world today – the capitalist market system and the socialist command system. Actually, however, no nation strictly follows one system or the other.

To understand where economic power lies and how economic decision making is structured, we must understand the ideologies underlying these two economic orders. An “ideology” is a set of ideas that explain and justify a social order. (Light, 1985)

1. The Capitalist Market Economy. Capitalism is governed by the following principles:

The modern command economy arose in response to some of the abuses and excesses of 19th century industrial capitalism – long hours, low wages, dangerous work conditions, and child labor. Karl Marx believed that capitalism benefits mainly the owners of the means of production (bourgeoisie) and exploits the workers (proletariat). In Marx’s vision, capitalism would ultimately be replaced by communism, a classless society. To bring about this egalitarian society, he proposed its basic elements:

First, it would be socialistic, meaning that all the means of production would be collectively owned.

Second, it would be a command economy, meaning that economic decision making would not be left to the vagaries of the market but would be placed in the hands of a central planning board. This board would have the enormous task of determining what goods society would produce and in what quantities and where and how one would produce them. The USSR is still the country that immediately comes to mind as an example of a socialist state. The Soviets value collective (not private) ownership of the means of production. Centralized planning for the collective good (not decentralized planning by individual firms and consumers), and an ultimate vision of a truly classless society (not simply the equality of economic opportunity that we value.)