Nature Of Politics And Government And Function Of State 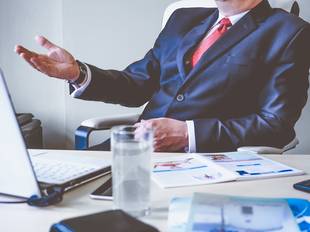 Definition and Nature of Politics and Government

Aside from his rational and social nature, man is said to be a political being. As a political being, he engages in the politics of life and whether we like it or not, politics will always be a part of our lives. It is something we cannot do without. For as long as we need to have some social organization, we need government and politics is precisely the “theory, art, and practice of government.” We need people who will be vested with authority to exercise power and assume responsibility over the governance of society. We need law and order to preserve our norms and values and to regulate and control the relationship of people with one another. We need political leaders who would steer the ship of state towards the promotion of social, political and economic well-being of its people. In its more precise sense, politics means the practice of statecraft or of governing a country. In countries where government rules well for the common welfare of its citizens, politics is known as statesmanship. In places afflicted with incompetent and corrupt leaders, politics is better known as demagoguery.

Political institutions are the societal arrangements for legislating for legislating and enforcing laws and providing for social services like education, public health and welfare, distributing public funds, collecting taxes, conducting foreign affairs, and deciding on issues of war and peace (Stewart and Glynn 1985). As society becomes more complex and societal needs have to be met, there is a need to institutionalize society’s exercise of wide power and decision-making. The institution that sets up social norms and values as to who will possess “the monopoly of legitimate use of physical force to compel obedience within a given territory,” how that power is acquired and maintained, and how that power is organized and exercised comprise the “state” (Weber, 1946). The need for the state arose when groups within the society realized that it was for their own welfare to centralize authority, set up rules for settling disputes, and apply force to maintain obedience and loyalty to the social norms and values of the society.

A state is a structure that has the legal authority or right to make rules that are binding over a given population within a given territory. As such, it has geographic as well as political characteristics. It is a political institution which possesses sovereignty – that is, it has the power to make decisions that cannot be overruled by any other body.

A state is a political concept, a legal fiction. It has perpetual existence as long as its four elements – people, territory, government and sovereignty – are present.

Government is an essential element of the state. It is derived from a Greek verb meaning, “to pilot a ship”. In metaphorical terms, it is the responsibility of government to steer the “ship of the state”.

Government is an institution by which a community organizes itself in order to attain the members’ individual and collective welfare. It is the agency or instrumentality by which the sovereign will of a people is expressed and executed in the effort to attain their vision of a peaceful and prosperous society (Lawson, 1987). As rational, gregarious and free beings, human beings are impelled to live in communities or social groupings and a kind of order must be established and enforced. The order is established by law and the law is enforced by the government of the community.

The often-quoted Preamble to the Philippine Constitution sums up the purposes of government as: “to promote the common good, conserve and develop our patrimony, and secure to ourselves and our posterity the blessings of independence and democracy.” Government is necessary for the protection of society and its members, the security of persons and property, the administration of justice, the preservation of the state from external danger, and the advancement of the physical, economic, social and cultural well-being of the people.

Government is a political organization comprising the individuals and institutions authorized to formulate public policies and conduct affairs of the state. Governments are empowered to establish and regulate the interrelationships of the people within their territorial confines, the relations of the people with the community as a whole, and the dealings of the community with other political entities. The word government may refer to the people who form the supreme administrative body of a country, as in the expression “the government of President Ramon Magsaysay.”

A consequence of this is the moral right of the government to promulgate laws and to restrain, punish or even eliminate individuals that threaten the existence of society. This is the police power of the government. It has also the right to exact taxes from people and properties in its territory to carry out the functions of government. Likewise, it can expropriate private property for public use upon payment of just compensation. This is the government power of eminent domain.

Conversely, when government harms the rights of society and individuals, the people acquire the moral right to change such government by all legal and peaceful means, such as through elections, recall and impeachment of constitutional officers. Section I, Article II of the Philippine Constitution also recognizes that the people, as the ultimate judges of their destiny, can resort to revolution as a matter of right if sufficiently provoked by oppression or abuses of a tyrannical government. Prudence, however, dictates that governments long established should not be changed (through revolution) for light and transient causes.

Functions of the State

The state is the formal structure of government. It is the institution whose functions are carried out by the government. Government is the working arm of the state which provides social control through its political processes, the laws it establishes and implements, and the work of its agencies.

The main manifest functions of the state are:

Like other institutions, the state has latent functions which may produce results that are neither desired nor intended, such as:

The Four Forms Of Government

Since Aristotle’s time, the forms of government envisioned by different ...

What Are The Styles Of Leadership Of An Effective Leader

The success or failure of an organization is largely dependent ...