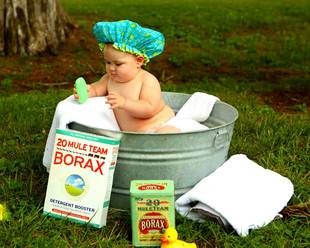 Because babyhood is the foundation age, it is an especially hazardous time. The hazards may be physical, psychological, or both, as is true of infancy. For example, excessive crying is both physically and psychologically damaging to the baby and to the home atmosphere. It leads to gastrointestinal disturbances, regurgitation of food, night walking, and general nervous tension. Furthermore, excessive crying leads to feelings of insecurity which affect the baby’s developing personality. In addition, excessive crying affects the baby’s relationships with the parents and other family members unfavourably. This, in turn, indirectly affects personality development.

In the first year of babyhood, physical hazards tend to be more numerous and more serious than psychological ones, while the reverse is true during the second year. Both are serious, however, and thus it is important that they be prevented whenever possible and that everything be done to minimize their severity should they occur. For example, certain patterns of quarters of the first year of life can be effective in coping with excessive crying. Since much of the crying that occurs during the first year is social in origin, different forms of social reactions on the part of the mother are most effective in dealing with the crying.

Physical hazards are serious for all babies but especially for those who are born prematurely; those who suffer from brain damage or other birth defects; and those whose physical development and general physical condition at birth are poor.

During the first year of babyhood, death is usually caused by serious illness while, during the second year, death is more often due to accidents. Throughout babyhood, more boys die than girls.

Crib Death Apparently normal, healthy babies are sometimes the victims of sudden and unexpected death – referred to in medical circles as crib death. Usually crib death occurs after a long period of sleep.

Illness While it is true that many deaths during the first few months of postnatal life are due to such illnesses as gastrointestinal or respiratory complications, the number of deaths due to serious illness then declines rapidly because most babies today are given inoculations and vaccinations to immunize them against diseases which, in the past, often proved to be fatal.

However, minor illnesses such as colds and digestive upsets are common. Prompt diagnosis and proper medical care can keep these from causing serious harm, but if they are neglected, as frequently happens in the case of colds, serious disturbances can develop rapidly, especially ear infections.

Even minor illnesses often are psychological as well as physical hazards. The concern parents feel is quickly expresses in their treatment of a sick baby. During the second year of life many babies discover that, when they are ill, they can do much as they please and that all rules of behaviour are suspended. This is often the start of behaviour problems.

Prolonged illnesses, even though not terminal, can interfere with the normal growth pattern. While most babies, after recovering from an illness, go through a period of “catch up” growth, this is not always so. How much the pattern of growth may be affected by a prolonged illness has, to date, not been determined.

Accidents Although accidents are infrequent during the first year of life, owing to the fact that babies are carefully protected in their cribs, play pens, and carriages, they are far more frequent during the second year, when babies can move about more freely and are not as well protected. Some babyhood accidents, such as bruises and scratches, are minor and have no permanent effects. Others, such as blows on the head or cuts, may be serious enough to leave permanent scars of may even be fatal. Even minor accidents, however, leave psychological scars. Babies are often conditioned to fear situations similar to those in which accidents occurred or they develop a generalized timidity as a result of frequent accidents.

Because the brain grows and develops at such an accelerated rate during babyhood, it can be seriously impaired by malnutrition. The first two years of postnatal life have been called the critical period in brain growth because of the marked increase in internal development of the brain cells at this time. As a result, it is the time when the brain is most vulnerable to damage. If babies suffer from malnutrition at this time, there is no evidence that the development that normally would take place will do so later.

When brain growth and development are impaired, children do not reach their intellectual potentials. Even as they grow older, they are unable to do the intellectual work that they might have done had malnutrition during the critical period of brain development not impaired their chances for normal intellectual development.

Foundations of Obesity Many parents equate health in babyhood with plumpness and do all they can to see that their babies are chubby. There is evidence that fat babies tend to have obesity problems as they grow older while thin babies do not. This is because the number and size of the fat cells of the body are established early in life.

Medical studies have shown that there are three critical periods of fat-cell development. The first occurs during the three months before birth, the second during the first three years of postnatal life, and the third during the early part of adolescence. If babies are overfed, they are likely to have an obesity problem for the rest of their lives.

The reason for this is that even if children slim down later, they still have the same number of cells capable of storing fat – a built-in potential for becoming obese. Similarly, babies who are fed large amounts of carbohydrates during this critical period of fat-cell development are not only overweight as babies but are more subject to diabetes and heart disease as they grow older. Bottle-fed babies are more likely to be overfed than breast-fed babies, and thus lay the foundation for obesity problems.

Physiological Habits The foundations of the important physiological habits – eating, sleeping, and eliminating – are established during babyhood, and thus a common physical hazard of this period is the establishment of unfavourable attitudes on the baby’s part toward these habits.

Babies who suck for long periods show signs of tenseness. They engage in more non-nutritive sucking (such as thumb-sucking), have more sleep difficulties, and are more restless than those whose sucking periods are shorter. If weaning is delayed, babies are likely to resist new kinds of food and substitute thumb-sucking for the nipple. They will also resist semi-solid foods if such foods are introduced too early – not because of their taste but because of their texture.

Crying, strenuous play with an adult or noise can make babies tense and keep them from falling asleep. Sleep schedules that do not meet the requirements of individual babies make them tense and resistant to sleep.

These habits cannot be established until the nerves and muscles have developed adequately. Trying to toilet train babies too early will make them uncooperative about establishing these habits when they are maturationally ready. Delay in toilet training, on the other hand, results in habits of irregularity and lack of motivation on the baby’s part. Enuresis – bed-wetting – is common when training is not timed according to the baby’s developmental readiness.

“Discipline your children while they are young enough to learn. ...