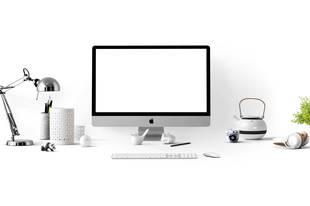 Many companies today outsource some of their operations to an outside service provider, sometimes called a third party. In the next section, we will look at how outsourcing can simplify the management of ERP systems.

An application service provider (ASP) is a company that provides management of applications for a company over a network. Usually that network is the Internet. Companies can outsource their email software, accounting programs, or other programs to an ASP.

The ASP, not the company using the ASP’s services, owns the hardware and the rights to the software; it also employs the workers who run the outsourced applications. The users of the system, of course, are the company’s employees. Suppose an ASP were to run an ERP package such as SAP ERP for Fitter Snacker. The ASP would own the rights to use the SAP software, as well as the server on which the SAP software runs. The ASP could also provide consulting services for configuring the ERP system, so that Fitter Snacker would not have to find its own ERP specialists. The ERP program would be delivered to FS workers over a charge a peruse fee for the system, based on the number of users at FS. Thus, an ASP can provide ERP software with a much lower start-up cost, making it possible for smaller companies to use ERP systems when they cannot afford the costs of installing and maintaining their own system.

Advantages of Using an ASP

Many companies find it advantageous to use an ASP for ERP and other information system applications. Some of the benefits include:

Disadvantages of Using an ASP

There are some potential problems with using an ASP:

As with all forms of outsourcing, companies considering an ASP should carefully scrutinize the ASP’s contract to uncover hidden costs and potential problems before signing it.

ERP companies are excited about ASP, ERP software companies relied on a small number of very large sales to make their yearly profit. Now income is steadier because ERP vendors can deliver and support software on a monthly basis to customers of all sizes. For example, an ERP vendor might have high revenues one quarter from securing a few, large sales, but may follow that with lower revenues the next quarter if no large software deals are finalized. Delivering software through an ASP, however, provides a steady monthly income from lease payments.

SAP is offering an ASP version of its ERP product for midsized companies. In September 2007, SAP introduced Business ByDesign, which is delivered to customers over the Web. At that time, pricing was set at $149 per month per user, and the product included applications for financials, human resources, supply chain management, and customer relationship management. Also available in a smaller package, Business ByDesign is available to companies for $54 per month per five users. SAP hopes to increase its customer base with the new product to 100,000 by 2010.

How To Hold Off Email Spams

Spam is an unsolicited message indiscriminately sent in bulk through ...

How Does Glue Hold Things Together

When glue is warmed, it changes its form gradually from ...

How Is Electricity Made

There are many different ways to make electricity. Each method ...

How To Make Homemade Icecream/Sorbet

You don't need an expensive ice cream-maker machine to make ...