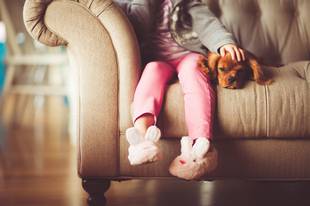 People have many attributes. They differ greatly in distinctiveness. Society selects certain attributes as means of identifying various categories of persons, and ignores others. Such attributes are age, sex, racial characteristics, membership in a group, organization, or society - as in occupational, church, national affiliation or on certain distinctive behavior patterns.

This is an act of overgeneralizing, often false, belief about a group of people. Stereotypes need not consist wholly of unfavorable traits to a class of persons. Under certain conditions negative feeling is associated with the assignment of unfavorable traits and vice versa. Example: The greater the feeling of friendliness toward a region or province, the more favorable are the traits in the stereotypes, and the more negative the feeling, the more unfavorable attributes the stereotypes contains.

How does prejudice differ from discrimination?

Prejudice is an attitude that predisposes a person to think, perceive, feel, and act in favorable or unfavorable ways to toward a group or its individual members. The term, prejudice, stresses perceptual, cognitive and emotional content of the individual's internal predispositions and experience. The perceivers agree on the attributes that certain persons posses. The emotional content range from an extremely favorable feeling to an extremely negative feeling.

Discrimination is the differential treatment of individuals considered to belong to a particular social group. It is the observable behavior or expression of prejudice. Here, the individual treated is denied some privilege or right that is accorded to other members of the society. Discrimination may occur without the accompanying feeling or prejudice.

What conditions give rise to prejudice and discriminations?

The existence of ingroup versus outgroup can maintain prejudice and discrimination. An ingroup consists of persons who experience a sense of belonging, a sense of having a like identity. An outgroup is a group of persons who definitely have some distinctive characteristics of their own that set them apart from the ingroup. The structure of the relation between the two groups in terms of relative status and power produces differences in conditions and feelings towards each other.

What is the effect of mass media on our society?

The effect of mass media can be seen on our beliefs, attitudes and behavior. Persuasion through mass media as in media advertising can create knowledge of a certain product and the demand for such product. This is especially true for first-hand knowledge. However, mass media persuasion effects can be less impressive when one considers how small a proportion is its intended audience or how little it affects a single individual's belief. Another reason that media may fail to change our beliefs and attitudes is that we are most likely to be to opinions we already agree with. We tend to "tune in" to messages that support our views than to messages that do not.

How does environmental psychology influence us?

A branch of psychology concerned with physical environment is environmental psychology. One of its main concerns has been the psychological effects of living in noisy, polluted and crowded areas. People can adapt to a wide range of noise level, but unpredictable noise is much more disruptive than its predictability. Knowing that one can control noise diminishes the negative effects on performance. Chronic noise in the environment has been found to affect children's hearing and performace, such as reading skill, mathematical skill and other academic related skills.

The psychological effects of crowding are revealed in the following studies.

1. Among animals it can leas to aggression,abnormal behavior, physical disorders, infant neglect, and high mortality. (Freedman, 1975)

2. Autopsies of animals that have dies after living in crowded conditions reveal signs prolonged stress (Christian, Flyger, and Dawis, 1960)

3. Population density was positively correlated to mental illness (Hollingshead and Redlich; (1958) and to crime rates, (Lottier, 1938))

What are the bad effects of air pollution?

In the Philippines the Clean Air Act of 1999 is one step ahead in the preservation of environment and clean air that we breath. The issuance of Executive Order No. 446 in 1997, mandates the phase out of leaded gasoline as one of the means to solve the air pollution problem.

According to the Department of Environment and Natural Resources, there are compelling reasons why there must be a shift to unleaded gasoline. There are many benefits that will be realized because possible mental retardation, impairment of brain development among children, hypertension, heart failures and premature deaths among adults, will be reduced.

Exposure to lead occurs mainly through inhalation of air. This is accumulated in blood, bones and soft tissues of the body. When immediately not excreted, this can adversely affect the kidney, liver nervous system and other organs of the body.

In Metro Manila, there are already evidence of lead exposures among residents especially on the children population. Studies show that there is an average loss of IQ points among children in middle class families and those at the poverty level. Those exposed ton vehicle fumes have higher rate of IQ loss.

Definition of Water Pollution Water pollution is the introduction into ...