Why Do Some Companies Have More Success With ERP Than Others 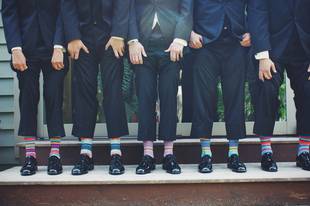 Early ERP implementation reports indicated that only a low percentage of companies experienced a smooth rollout of their new ERP systems and immediately began receiving the benefits they anticipated. You should put such reports into perspective. All kinds of software implementations can suffer from delays, cost overruns, and performance problems, not just ERP projects. Such delays have been a major problem for the IS industry since the early days of business computing. Nevertheless, it is worth thinking specifically about why ERP installation problems can occur.

You can find numerous cases of implementation woes in the news. W.L. Gore, the maker of GoreTex, had some problems implementing its PeopleSoft system for personnel, payroll, and benefits. The manufacturer sued PeopleSoft, Deloitte & Touche LLP, and Deloitte Consulting for incompetence. W.L. Gore blamed the consultants for not understanding the system and leaving its Personnel department in a mess. PeopleSoft consultants were brought in to fix the problems, but the fix cost W.L. Gore additional hundreds of thousands of dollars.

Hershey Foods (now The Hershey Company) had a rough rollout of its ERP system in 1999, due to what experts say was the "Big Bang" approach to implementation, which huge pieces of the system are implemented all at once. Companies rarely use this approach because it is so risky. Hershey lost a large share of the Halloween candy market that year due to ERP problems from this poor implementation. Hershey's order-processing and shipping departments had glitches that were being fixed as late as September that year.

Usually, a bumpy rollout and low ROI are caused by people problems and misguided expectations, not computer malfunctions. For example:

Many ERP implementation brings a tremendous amount of change for the users. Managers for both employees and managers. Most people will naturally resist changing the way they do their jobs. Many analysts have noted that active top management support is crucial for successful acceptance and implementation of such company-wide changes.

Some companies willingly part with funds for software and new hardware, but don't properly budget for employee training. ERP software is complex and can be intimidating at first. This fact alone supports the case for adequate training. Gartner Research recommends allocating 17 percent of the project's budget for training. Those companies spending less than 13 percent on training are three times more likely to have problems. The cost includes training employees on how to use the software to do their job, employees' non-productive downtime during training, and - very important - educating employees about how the data they control affect the entire business operation.

Nestle has learned many lessons from its implementation of ERP systems. Its six-year, $210 million project was initially headed for failure because Nestle didn't include on the implementation team any employees from the operating groups affected. Employees left the company, morale was down, and help desk calls were up. After three years, the ERP implementation was temporarily stopped. Nestle USA's vice president and CIO at that time, Jeri Dunn, learned that the project was not about implementing the software, but about change management. "When you move to SAP, you are changing the way people work... You are challenging their principles, their beliefs and the way they have done things for many, many years," said Dunn. After addressing the initial problems, Nestle ultimately reaped benefits from its ERP installation.

For many users, it takes years before they can take advantage of many of an ERP system's capabilities. Most ERP installations do generate returns, and news coverage now focuses on how companies gain value from their existing systems or are upgrading and adding functionality to their existing ERP systems. Del Monte Foods needed to meet Wal-Mart's and Target's requirements for package tracking using radio frequency identification devices (RFIDs), so approximately a year after its ERP system installation, the company tied its RFID applications into its existing SAP platform and is working to make the supply chain efficient.

The Continuing Evolution of ERP

Understanding the social and business implications of new technologies is not easy. Howard H. Aiken, the pioneering computer engineer behind the first large-scale digital computer, the Harvard Mark I, predicted in 1947 that only six electronic digital computers would be needed to satisfy the computing needs of the entire United States! Hewlett-Packard passed up the opportunity to market the computer created by Steve Wozniak that became the Apple I. Microsoft founder Bill Gates did not appreciate the importance of the Internet until 1995, by which time Netscape controlled the bulk of the Internet browser market. (Gates, however, did dramatically reshape. Microsoft around an Internet strategy by the late 1990s. Its Internet Explorer browser is more commonly used than any other.) Thus, even people who are most knowledgeable about a new technology do not always fully understand its capabilities or how it will change business and society.

ERP systems have been in common use only since the mid-1990s. As this young technology continues to mature, ERP vendors are working to solve the adaptability problems that plague customers. The demand for new ERP installations is still going strong. AMR Research has calculated that, in 2005, companies spent $14.5 billion on licenses and maintenance.

Many companies today outsource some of their operations to an ...

All manufacturers need to distribute their products, and most use ...

Basically, a brand is different from a product. Brands are ...

Threats You Need To Face On Branding Your Business

Threats To Brands Normally, successful brands are under threat, particularly ...

How Much Does An ERP System Cost?

Cost of an ERP system includes several factors: The size ...