How Much Does An ERP System Cost? 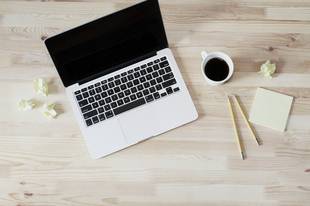 A large company, one with well over 1,000 employees, will likely spend $50 million to $500 million for an ERP system with operations involving multiple countries, currencies, languages, and tax laws. Such an installation might cost as much as $30 million in software license fees, $200 million in consulting fees, additional millions to purchase new hardware, and even more millions to train managers and employees – and full implementation of the new system might take four to six years.

A midsized company (one with fewer than 1,000 employees) might spend $10 million to $20 million in total implementation costs and have its ERP system up and running in about two years.

Should Every Business Buy an ERP Package?

ERP packages imply, by their design, a certain way of doing business, and they require users to follow that way of doing business. Some of a business’s operations, and some segments of its operations, might not be a good match with the constraints inherent in ERP. Therefore, it is imperative for a business to analyse its own business strategy, organization, culture, and operation before choosing an ERP approach.

An article in the Harvard Business Review provides examples that show the value of planning. “Applied Materials gave up on its system when it found itself overwhelmed by the organization changes involved. Dow Chemical spent seven years and close to half a billion dollars implementing a mainframe-based enterprise system; now it has decided to start over again on a client-server version.” In another example, Kmart in 2002 wrote off $130 million because of a failed ERP supply chain project. At the time, Kmart was not happy with its existing supply chain software, and it attempted to implement another product too quickly. In addition, the CIO left the company and new management wanted to make some changes.

The giant U.S retailer Wal-Mart has chosen not to purchase an ERP system, but to write all its software in-house. Wal-Mart’s philosophy is that the global strategic business process drives the technology. IT personnel are encouraged to consider the merchandising aspect of a process first and foremost, and then let the technology follow.

Although many people claim that ERP systems, especially the SAP ERP system, are rigid, SAP ERP does offer numerous configuration options that help businesses customize the software to fit their unique needs. In addition, programmers can write specific routines for special applications in SAP’s internal programming language, called Advanced Business Application Programming (ABAP). The integration platform, NetWeaver, offers further flexibility in adding both SAP and non-SAP components to a company’s IT infrastructure. Companies should be careful about how much custom programming they include in their implementations, because they might re-create their existing information systems in a new software package, instead of gaining the benefits of improved, integrated business processes. In its implementation of PeopleSoft, FedEx Corporation installed the systems for financial and HR functions with little or no modification.

Once an ERP system is in place, trying to reconfigure it while retaining data integrity is expensive and time-consuming. That is why thorough pre-implementation planning is so important. It is much easier to customize an ERP program during system configuration and before any data have been stored.

What Return Can a Company Expect from Its ERP Investment?

The financial benefits provided by an ERP system can be difficult to calculate because sometimes ERP increases revenue and decreases expenses in intangible ways that are difficult to measure. Also, some changes take place over such as long period of time that they are difficult to track. Finally, the old information system may not be able to provide good data on the performance of the company before the ERP investment can be measured and interpreted in many ways:

How Long Does It Take to See a Return on an ERP Investment?

A return on investment (ROI) is an assessment of an investment project's value, calculated by dividing the value of the project's benefits by the project's cost. An ERP system's ROI can be difficult to calculate because of the many intangible costs and benefits previously mentioned. Some companies do not even try to make the calculation, on the grounds that the package is as necessary as having electricity (which is not justified as an investment project). Companies that do make the ROI calculation have seen widely varying results. Some ERP consulting firms refuse to do ERP implementations unless their client company performs an ROI. Peerstone Research reported on over 200 companies using SAP or Oracle ERP systems and found that 38 percent of survey respondents do not do formal ROI evaluations.

In the Peerstone Research study, 63 percent of companies that did perform the calculation reported a positive ROI for ERP. Manufacturing firms are more likely to see a positive ROI than government or educational organizations. However, most companies felt that those companies surveyed said that the goal behind the ERP installation was improved management vision. Although Nestle USA has had problems with its ERP implementation, it estimated a cost savings of $325 million, after spending six years and over $200 million on the implementation.

Toro, a wholesale lawnmower manufacturer, spent $25 million and four years to implement and ERP system. At first, ROI was difficult for Toro to quantify. Then, the emergence of an expanded customer base of national retailers, such as Sears and Home Depot, made it easier to quantify benefits. For example, Toro was able to gain a yearly savings of $10 million in inventory reduction - the result of better production, warehousing and distribution methods.

Pricing Strategies And Tactics You Need To Know For Business