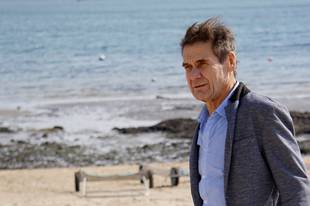 The male climacteric is very different from the menopause. It comes later, usually during the sixties or seventies, and progresses at a very slow rate. With the general aging of the entire body comes a very gradual weakening of the male sexual and reproductive powers. It is hard to determine exactly when hormonal imbalance begins in men because there is no definite indication of this change, as occurs in the female with the cessation of menstruation. Testosterone secretion may begin to decline in men at any age, but the magnitude of the deficiency increases with advancing years.

While the climacteric in men actually comes during the period of old age, rather than during the middle years of life, many men in their forties or fifties have symptoms similar to those which women develop during the menopause. These occur in the absence of any demonstrable organic change and thus are emotional or social rather than physical in origin. They are the result of business, social, or family pressures, and the fact that they are not relieved by testosterone therapy may be regarded as proof of their psychological origin.

Decline in Functioning of the Sex Organs

After fifty, there is a gradual decline in gonadal activity, although men in their seventies and eighties occasionally father children.

With the decline in gonadal activity, the man loses some of his typically masculine characteristics and takes on some that are more feminine. The voice, for example, becomes somewhat higher in pitch, there is less hair on the face and body, and the body becomes slightly more rounded, especially the abdomen and hips.

The man whose appearance and behaviour seem less masculine may become concerned about his virility. This often leads to impotence.

Many middle-aged men complain of depression, anxiety, irritability, tingling sensations in their extremities, headaches, insomnia, digestive disturbances, nervousness, flushes, fatigue, and many minor aches and pains. Some of these conditions are real whereas others are imaginary.

Decline in Strength and Endurance

This decline is due in part to poor health and in part to gonadal deficiency. Because of the high social value placed on strength and endurance, men may feel they are losing their virility when decline in these areas sets in.

Concern about loss of virility causes some middle-aged men to behave almost like the adolescent who is “sowing his wild oats.” This can be a dangerous period for men, during which they may have extramarital affairs, engage in other behaviour that leads to the breakup of the family, or cease caring about their business responsibilities.

Adjustment by Men. How well men adjust to the climacteric is likewise influenced by previous experiences and the success of adjustments in other areas. Men who are successful in business, who enjoy high prestige in the community, and who are well adjusted to their families accept the changes in appearance, the waning of sexual desire as a normal part of aging and adjust philosophically to them.

By contrast, men who are not happy in their vocational or in their family lives, or in both, tend to revolt against the physical changes that accompany middle age. This revolt, as was pointed out earlier, is at the basis of the so-called “dangerous age” – common but by no means universal among middle-aged men.

Are the spaces around you organized so the healthy choice ...

What You Need To Know About Diabetic Neuropathy

What You Need To Know About Symptoms Of Menopause

General bodily and emotional changes occur at the time of ...