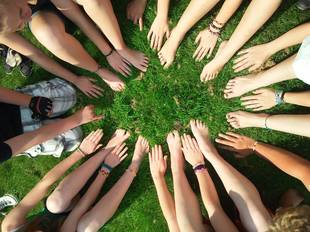 Biologically and culturally, the Filipino is a hodgepodge, a mixture or blending of different racial strains, the indigenous or primitive strains (Negrito, Aeta, Ati, Ita, Pygmy or Baluga), mixing and blending with the Oriental or eastern strains (Indonesians, Malays, Chinese, Japanese, Arabs, Thais, etc.) and with the Occidental or Western strains (Spanish, Americans, Portugese, English) but with the Malay strain predominating.

Non-rationalism involves the belief in the supremacy of nature and forces outside of oneself like the belief in ghosts, spirits, gods or deities, and other supernatural beings. It involves an uncritical acceptance, reverence and protection of traditions and rituals, unquestioning obedience to authority and loyalty to one’s group. One’s successes or failures, victories of defeats, joys or sorrows, good or bad fortunes depend upon the will and power of some supernatural gods or spirits who will take care of everything and everybody. A non-rational person is traditional, fatalistic, dogmatic, superstitious, conformist and unscientific.

Rationalism, on the other hand, involves a belief that by systematic planning, studying, and training, one can actually control and manipulate his or her destiny; one is thus greatly responsible for his or her own success or failure. A rational person is scientific-oriented, liberal and sceptical. He or she attaches high value upon individualism, self-expression, self-reliance, self-determination, critical mindedness, open mindedness, productivity and creativity.

Rationalism refers to the belief or doctrine that all knowledge and truth is found only in reason, that it is ascertainable by rational processes of thought, and that there is no supernatural revelation.

Some Filipino sayings or maxims bear resemblance to rationalism:

Impersonalism, on the other hand, refers to the tendency to eliminate the influence of friendship or kinship in working relations. Behavior is depersonalized, standardized, or institutionalized. Thus, the function of the position, and not of the person occupying it, sets the patterns of behaviour in the group. Working relationship is based on merit and qualifications. It is the opposite of personalism. This is exemplified in the expressions walang personalan, trabaho lamang; walang malakas, walang mahina, walang palakasan; ang hustisya ay para sa lahat, walang mahirap, walang mayaman.

Universalim, on the other hand, refers to the tendency to focus one’s attention and concern on the promotion of the national and common weal. The emphasis is on the general welfare of the whole society. It eliminates familial, kinship, friendship, political, religious, or ethnic relations in working relationships and getting things done.

Nationalism is the advocacy of making one’s own nation distinct and separate from others in intellectual, social, cultural, economic, political, and moral matters. It is the feeling of oneness among the nationals who seek to establish the identity and the good of the nation in these matters. More than just a sentiment of love or affection or a philosophy or a doctrine of what a nation is, what its goals are, and how it is to achieve its goals. The development of Filipino nationalism has been motivated by national slogans and movements like: Mabuhay ang Pilipino Movement; Rekindle the EDSA spirit; Taas noo, Pilipino; Bayan ko, mahal ko; Isang bansa, isang diwa, isang wika.

Internationalism, on the other hand, rests, on the belief in having friendly relations between and among nations for their mutual and common benefit. It is the advocacy of making nations of the world as one global community, removing all geographical, cultural, social and cultural barriers towards the community of nations and making all peoples as citizens of the world. This may sound an utopia, but it seems the western idea of globalization and the American hegemony plan is geared towards that direction.