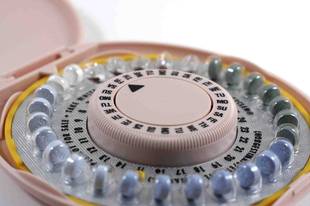 Reproduction is the basic biological reason for sexual intercourse. However, most people enjoy sex and do not want to conceive every time they have sex. There are many reasons. They may wish to concentrate on a career, they may already have too many children in the family, or suffer from certain health problems, or dislike babies, or feel too young or old, and so on.

Contraception is not a new idea. Over thousands of years all kinds of devices have been tried to prevent pregnancy. Almost 4,000 years ago some Egyptian women put a contraceptive paste into their vaginas, made from honey, sodium carbonate and crocodile dung!

The chain of events in becoming pregnant is marvellously delicate and complex. The woman must produce the eggs. The man must make mature sperm. The eggs and sperm have to be brought together at the right time, by sexual intercourse. A sperm must fertilize the egg, and the egg has to settle in the womb and begin development.

Literature on contraception and birth control gives the following methods and techniques:

i. Pill or Oral Contraceptive

The pill is a tablet made of man-made hormones (estrogen and progesterone) mimicking the ones your body produces monthly on its own. It is of two kinds: COCs or combined oral contraceptives and POPs or progesterone only pills (mini pills). These are available in over-the-counter or prescription forms.

Estrogen prevents the egg from maturing and being released from the ovary. Progesterone changes the lining of the uterus and the consistency of cervical mucus, making them inhospitable to sperm and the implantation of fertilized egg.

The pill has to be taken for a certain number of days in the menstrual cycle, usually 21. Its effectiveness is 96% to 99%, if used properly.

The so-called “morning-after pill” is a form of emergency birth control. Emergency contraception can prevent a woman from getting pregnant even after unprotected sex. This method is especially helpful for those who have been raped or whose main birth control methods have failed. Prescribed by a health care professional, these pills are similar to birth control pills but contain a higher dose of hormones. The pills will either inhibit or delay ovulation, or they may alter the uterine lining, preventing the implantation of a fertilized egg. After sexual assault or consensual sex, two of these pills are taken within 72 hours, then two more are taken 12 hours later.

In the Philippines, anti-abortion and pro-life groups insist that the pill previously marketed here under the brand Postinor – is an abortifacient because, as many of them believe, a fertilized egg is already considered a life form. Thus, preventing it from being implanted into the uterus is tantamount to aborting, or killing it.

After much pressure from these groups, the government relented and pulled Postinor out of the local market. The Bureau of Food and Drug (BFAD) likewise delisted the product from its registry of drugs.

It is injected by a health care professional every three months. Its effectiveness is 99% of preventing pregnancy.

Implants are six matchstick-size rubber silicone rods, tubes or capsules containing progestin or progesterone. A physician surgically implants them under the skin, usually on the upper arm. The rods released low doses of hormones to suppress ovulation and cause a thickening of the cervical mucus so that sperm cannot penetrate. They are locally available as Norplant and close to 100% effectiveness for up to five years, and they can be removed by a doctor at any time.

B. Sterilization or Surgical Method

In sterilization, the eggs or sperm are prevented from going any where by cutting, knotting or blocking the tubes along which they normally travel. This is done by a small surgical operation in the hospital or clinic. Its effectiveness is 99% to 100%.

Female sterilization involves tying, cutting or searing the two fallopian tubes or oviducts via surgery so that the passageway to the uterus is blocked. It is a more or less permanent surgical method for women. The operation is minor, leaving a small scar on the lower abdomen. Most women can leave the hospital on the same day, or a day or two later.

Male sterilization involves tying, cutting or searing the two vas deferens, the tubes which carry sperm from the testes to the penis, to prevent the sperm from mixing with the seminal fluid. It is a more or less permanent or irreversible surgical method for men. Vasectomy takes only 15 to 20 minutes and is done through a tiny slit in the scrotum (the skin bag in which the testes hang). Most men can leave the hospital straight away. After vasectomy, there are usually sperm still in the system below the blockages. It may be two or three months before these disappear. Alternative contraception should be used until tests show that there are no sperm in the fluid, which the man releases (ejaculation) during sex.

This article will help us to look at some of ...

What are the various types of remembering? The various acts ...