What Are The Overrated Cosmetic Operations 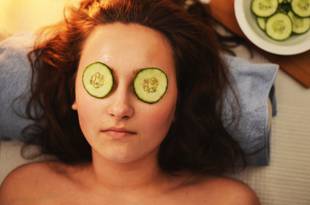 New cosmetic procedures often fail to live up to their original promise. Some may even do harm. We investigate the innovations that you might want to reconsider.

It wasn't so long ago that a woman with a desire to look younger, slimmer, or simply better would huddle with her doctor in private. Now, one demonstration of a new laser on the Today show, and phones are ringing in dermatologists' and plastic surgeons' offices across the country. More and more patients are demanding the latest treatments the moment they hear about them on the news, in the salon, or over lunch with their best friend. Here's the problem with this pioneer impulse: Plastic surgery's past is crowded with operations that were rushed to the public with insufficient testing, or that proved too painful, or that simply weren't as effecttive as promised. Take it from us, the most dangerous word in plastic surgery may be "new." And unlike making a mistake by, say, buying a pair of jeggings that aren't entirely flattering, cosmetic procedures are often irreversible. Here, a hard look at the choices.

This ghoulish-sounding treatment for the signs of aging was introduced in 2009 and has since been mentioned on 200,000 Web pages. It involves injecting the patient's own pale yellow blood plasma around the eyes and mouth, borrowing a technique used to promote healing after orthopedic surgery.  It's not actually a face-lift, and it's not FDA approved for use in the face. There are no independent studies proving its cosmetic benefits, though some doctors believe the growth factors in plasma can gradually stimulate collagen production. For results that will be noticed immediately, doctors often add Juvederm, a hyaluronic acid filler, to the plasma, creating confusion about which substance is doing the plumping. Since plasma extraction can add more than $1,000 to a filler bill, many dermatologists now recommend that patients stick with a wrinkle-fighting method that's proven to work, such as a filler used on its own.

Using a laser to enhance traditional liposuction may sound like a scientific advance, but many doctors have their doubts. Six years ago, surgeons began promoting the device as an efficient way to melt fat with high heat before removing it from the body. In reality, so-called SmartLipo and similar procedures add both time and money to the typical technique. First, a laser wand is inserted under the skin, then another tube vacuums out the fat. The benefit of the heat is better skin tightening, with more elasticity and less bruising, says Barry DiBernardo, a plastic surgeon in Montclair, New Jersey. The downside? "There is the added risk of burns, large scars, tissue hardening, and prolonged pain," said Steven Teitelbaum, a plastic surgeon in Santa Monica, in a debate with DiBernardo at last year's meeting of the American Society for Aesthetic Plastic Surgery. (Cynosure, the company that makes SmartLipo, acknowledges "a very small" number of "uncomplicated" burns from the procedure. In one study, laser-assisted liposuction was seen to have fewer complications than the traditional method, according to the company.)

They may be the great hope of modern medicine, but stem cells- those blank slates of the body that can turn into nerves, bones, or cartilage - have yet to revolutionize aesthetic surgery, It's been a decade since scientists discovered that fat happens to be loaded with the cells. Almost immediately, surgeons began to claim - with no proof - that the stem cells in fat improved skin quality and started calling fat injections a stem-cell face-lift, says Rod J. Rohrich, chair of plastic surgery at the University of Texas, Southwestern, in Dallas, and the coauthor of a recent paper on the subject. But the idea that fat injections could replace a traditional facelift is "high on marketing and short on science," Rohrich says. "Stem cells have great promise, but there is so much conjecture." Currently, there is no FDA-approved device to separate stem cells from fat and no consensus on the number of cells needed for rejuvenation or how many treatments are necessary. "We don't even know if stem cells are critical - or if they are doing anything at all," says Rochrich.

4. Sculptra And Artefill For Lips

Approved in 2004 for patients with facial wasting (a hollow-cheeked appearance usually associated with HIV infection), Sculptra is a chemical that can be injected into the face to stimulate collagen growth. "You put it in and watch it grow over a period of months," says Claudio DeLorenzi, a plastic surgeon in Kitchener, Canada, who says the best results are seen in the temples and cheeks. But one place it should never be used, says DeLorenzi, is in the lips: "It can result in ugly bumps and lumps, or the lips may end up a size that no one counted on." Similarly, Artefill, a mixture of Plexiglas-like beads and cow collagen, is approved only for filling smile lines. As the collagen is absorbed, the body forms scar tissue around the beads, DeLorenzi explains. "In the lips, this can result in clumps and nodules, and there is no way to get rid of the stuff other than to cut it out." Cosmetic surgeons often disagree, but on this subject they are virtually unanimous: Only temporary fillers such as Juvederm and Restylane should be used in the lips.

The news for women who want to add volume to their cheeks is good: Facial fillers have all but replaced the silicone implants that were standard in the 90's. Back then, implants were anchored below the skin, adding plumpness that in some cases, like that of surgical early adopter Jocelyn Wildenstein, verged on the extreme. "Implants can migrate and cause infection and nerve injuries, and the aesthetic result is difficult to reverse," says Stafford Broumand, an associate clinical professor of plastic surgery at Mount Sinai Medical Center in New York City.

Women in their 40s and 50s had high hopes for Ulthera, a noincision ultrasound treatment approved for eyebrow lifts that was soon put to use in other areas of the face and neck. There's only one problem: Even when the face is slathered with numbing cream, the procedure can be painful. Really painful. "We gave eight patients full-face Ulthera treatments. They all liked the results, and they all said they would never do it again because of the pain," said Arie Benchetrit, a Montreal plastic surgeon, at a recent plastic-surgery meeting. "One patient asked to stop midtreatment." An improved, lower-frequency version designed to reduce the pain without compromising the results was rolled out in October.

There's a good reason "fat injection" is the latest catchphrase in cosmetic breast augmentation. The results look good and feel natural, and unlike a scalpel, the needles leave no scars. But there are often downsides. Multiple procedures may be necessary and, with few exceptions, provide, at most, a one-cup-size enlargement. A study by Mihye Choi, an assistant professor of plastic surgery at NYU School of Medicine, found that half the volume created by shots of fat disappears into the body within months. More worrisome, there is concern that, years later, stem cells in the fat might stimulate cancer.

Anyone seeking an upper-arm lift to look sleeker in a sleeveless dress may want to keep a cardigan on hand. Only those with very little extra skin and good elasticity qualify for the type of brachioplasty operation in which fat is extracted through an incision that can be hidden in the armpit. For the rest, surgery to reduce arm wattle will result in a scar that runs from armpit to elbow. Nerve problems are also a possibility, and the incision can pull apart and become infected. Brachioplasty may be a great option for the Biggest Loser crowd - women whose arms look like bat wings after massive weight loss - but not for those who just want to dress like Michelle Obama.

Brazilian are famously adventurous when it comes to surgery - they invented the "full-body lift," after all. But the nation's thong-wearing beachgoers have turned their backs on butt implants. "Even in the hands of expert surgeons, the reoperation rate for gluteal augmentation with implants is 13 to 25 percent," says John Sherman, a surgeon at Weill Cornell University Medical College in New York City who surveyed studies on the subject. "You're putting an implant in a place where there is no anatomical pocket and then constantly sitting on it," says Sherman, who does not perform the surgery. Risks include infection, wound opening, loss of feeling, and extrusion. As a result, fat injections in this part of the body have become more common.

This high-tech slimming technique promises to help patients lose inches without the drudgery of dieting, with maybe just a little unpleasant tingling. The patient lies on a table - 20 minutes on the back, 20 on the stomach - while a red laser flashes from the machine's arms to target and drain fat deposits below the skin. When combined with diet, exercise, and supplements that flush fluid from the body, some people do lose body fat - a half-inch here, a half-inch there- but not the rolls of fat that may want to get rid of. Nobody can say for sure how much is caused by the lasers and how much is the result of diet and exercise (although the laser on its own caused fat loss in a Zerona-sponsored clinical trial). For patients who report no benefit at all from a full course of six sessions costing $1,700, Zerona is, in the words of one critic, "a wallet-ectomy."

Except in summer sandals, the foot is rarely on public display- but that doesn't vanity stops above the ankle. Foot surgery is available to make pointy shoes fit better and to shorten second toes that extend beyond big ones; there's lipo for the little toe in cases where it's not little enough, and injections of hyaluronic acid to add padding to the balls of the feet (dubbed the "Loub job," after Christian Louboutin). The complications, however, can be brutal. It look one New York City socialite more than three years to recover from shots in her soles that caused nerve injury and forced her to wear sneakers. "When patients ask to alter the architecture of a foot that has no real disabilities, I advice against it," says Rock Positano, a New York City podiatrist and director of the nonoperative foot and ankle service at the Hospital for Special Surgery.

Several decades and years ago, a lot of beauty trends ...

How To Lose Weight Without Exercise

I know losing weight is one of your dilemma since ...

What Is The Real Standard To Be Called Beautiful?

This video will let you realized the real essence of ...