Criteria For Appraisal Of Your Career Ladder 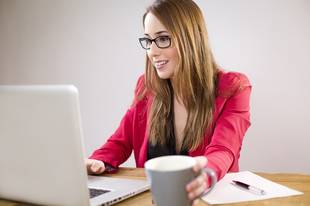 How successfully young adults adjust to their chosen vocations can be judged by three criteria: their achievements on the job, the amount of voluntary “job-hopping” or changing jobs they do and the degree of satisfaction they and their families derive from their work and the socioeconomic status associated with it. Because of their importance, each of these three criteria will be discussed separately and in detail below.

The first criterion of an individual’s vocational adjustment is the degree of success achieved in the job. The desire to “get ahead” and be successful, so strong in adolescence, usually carries over into adulthood. This motivates young adults to put forth tremendous effort, often at the expense of  their health, their families, and their personal interests. Because of this effort, they often reach the peak of their vocational achievements during the mid-to late thirties.

Those who have not made satisfactory adjustments to their work and who have not shown at least reasonable success in it by the time they reach middle age are not likely to do so as they grow older. By middle age, the drive for success is often replaced by a drive for security. For many adults, having a safe job now means more than climbing higher on the vocational ladder.

In spite of the desire to achieve success, it is important to realize that relatively few men and even fewer women realize their vocational aspirations or even their vocational potentials. There are a number of reasons for this. Adults may fail in this regard because of an environmental obstacle, such as limited opportunities for the work they can do best in areas where they live; personal obstacles, such as limited training or an inability to get along with co-workers; inadequate motivation to make the most of their training or abilities; unrealistically high aspirations, age, and sex stereotypes about the jobs they have selected as their life careers; or fear of success.

There are, for example, many stereotypes about male and female success and failure in sex-linked occupations. Women, for example, are not supposed to make as great a success in typically masculine lines of work, such as law and aviation, as in typically feminine lines of work, such as nursing and teaching. Similarly, there are stereotypes about age and success. These stereotypes depict those approaching middle age as potentially less employable and less likely to be creative and motivated than those who are younger. This affects not only employment but also advancement, especially for highly demanding and challenging positions.

Unquestionably the most common and most serious obstacle to achieving what they are capable of is fear of success. Some adults may fear vocational success because they feel inadequate to assume heavy job responsibilities. For example, if a man gets a job through “pull,” he may realize that he does not have the ability or the training to handle the job successfully. Under such conditions, he may rationalize his poor achievements or he may project the blame on others when he does not do well.

Most highly competent and otherwise achievement motivated young women, when faced with a conflict between their feminine image and expressing their competencies or developing their abilities and interests adjust their behaviour to their internalized sex-role stereotypes. . . Among women, the anticipation of success, especially against a male competitor, poses a threat to the sense of feminity and self-esteem and serves as a potential basis for becoming socially rejected – in other words, the anticipation of success is anxiety producing and as such inhibits otherwise positive achievement motivation and behaviour. In order to feel or appear more feminine, women, especially those high in fear of success, disguise their abilities and withdraw from the mainstream of thought, activism, and achievement in our society.

Some job changes, it is important to note, are involuntary. A factory or business organization may shut down and all workers thrown out of their jobs. Under such conditions, it does not necessarily mean that the worker made a poor adjustment to the job. As a matter of fact, many contented and successful workers lose their jobs in times of economic depression or when the organization for which they work is taken over by another organization that wants to put its own employees in key positions.

Many job changes among women are involuntary. A working wife, no matter how successfully she may have adjusted to her job, may have to give it up and look for another job when her husband’s work requires a move to another community. Or, she may have to take a part-time job if she finds her home duties and responsibilities demand more time and energy than she can give to the job she liked and was handling successfully.

When, on the other hand, workers voluntarily give up their jobs and look for others because they are boned with the work they are doing, dislike the work environment, feel they are progressing too slowly, or for some other reason, it suggests poor vocational adjustment. Either they have unrealistically high aspirations for their achievements or they have unrealistic concepts of what working means.

Changing a line of work and taking time off to train for a new career is even more pronounced evidence of poor vocational adjustment. The older the individual is when change of line of work is made, the stronger the evidence of poor vocational adjustment, because change of career brings with it more hardships for the worker and the entire family than change of jobs. This is especially true when special training for the new career is essential.

Women, as a group, do far less voluntary job-hopping than men and also are less likely to change their careers. Only when it is necessary are they likely to do so, even when the work they are doing is not to their liking nor a challenge to their abilities and training.

There are two common reasons for greater stability in vocations among women than among men. First, there are fewer job opportunities for women than for men. Giving up a job in the hopes of finding another more to their liking may mean a long period of unemployment or a step down the vocational ladder. Second, most women who work outside the home do so because they and their families need the money. Recognizing how difficult it is for women to get jobs, they cling to what they have, regardless of their personal feelings, when they realize how important their earnings are to them and to their families. Men, by contrast, can take more chances because more vocational opportunities are available to them, even in times of economic hardship, than to women.

The third criterion of vocational adjustment is the degree of satisfaction derived from work. In fact, this is usually regarded as the best single criterion. Find out more about job satisfaction on this article.

What To Do After A Success Job Interview

Securing Favorable Attention Suppose that you succeed in securing an ...

Knowing Yourself And Contacting Employers To Get A Job

Getting a job is the most important selling you will ...