Effects Of Radical Changes Of Personality In Old Age 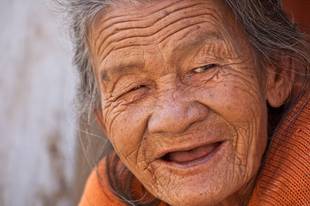 A radical change in the self-concept at any age and for any reason is likely to lead to a breakdown in the personality structure of minor or major severity. Advancing age and its pressures bring an increase in personality breakdowns and in the number of individuals committed to mental institutions.

In the milder forms, these breakdowns consist of such disorders as disturbances of memory; falsifications of memory; faulty attention; disturbances of orientation concerning time, place, and person; suspiciousness; disturbances in the ethical domain; hallucinations and delusions – especially of persecution – and such common neuroses as anxiety, preoccupation with bodily functions, chronic fatigue, compulsion and hysterical disorders, neurotic depressions, and sex deviations.

Personality breakdown of a more serious kind, as in mental disease, increases greatly with advancing age. After sixty-five, for example, there is a marked upward trend in serious emotional disorders. In the sixties, psychoses with cerebral arteriosclerosis and senile dementia predominate, and these increase steadily to the end of life. After seventy, senile psychoses are most prevalent.

When a breakdown in personality occurs in old age it may lead to criminal behaviour or suicidal tendencies. While the criminal tendencies are, on the whole, of a minor sort – larceny, theft, and alcoholism – they lead to embarrassments for families. Suicidal tendencies, while less pronounces than during middle age, are still prevalent enough to indicate personality maladjustment. Marshall maintains that as income status from social security, pensions, etc., improves the suicide rate in old age declines.

There is evidence that most personality breakdowns in old age are not the result of brain damage but rather of social conditions which give rise to feelings of insecurity. These are especially serious when there is a history of poor adjustment. Many old people have shown similar maladaptive behaviour under stress when they were younger. Then, under the pressure of problems relating to the death of a spouse or to retirement, for example, they experience a breakdown in the personality pattern, which is already weakened by past experiences.