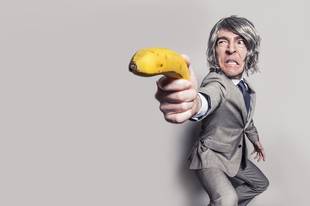 The third criterion that may be used to assess the kind of adjustments elderly people make is the degree and extent of change in personality. It is popularly believed that all old people, regardless of their younger personality patterns, develop into ogrelike creatures who are mean, stingy, quarrelsome, demanding, selfish, self-centered, egotistical, and generally impossible to live with. Furthermore, it is popularly believed that if old people live long enough, their personalities will become childlike in the closing years of life – “senile” – requiring that they be treated like children.

As long ago as Plato’s time, it was recognized that the personality pattern, prior to old age, influenced people’s reactions to old age. This, in turn, determined how much change will take place in their personalities when they become old. This point of view has now been substantiated by modern studies of personality which emphasize that although changes in personality do occur, they are quantitative rather than qualitative. This means that the fundamental pattern of personality, set earlier in life, becomes more set with advancing age.

Although the elderly may, for example, become more rigid in their thinking, more conservative in their actions, more prejudiced in their attitudes toward others, and more self-centered, these are not new traits that developed as they aged. Instead, they are exaggerations of lifelong traits that have become more pronounced with the pressures of old age. When pressures are too severe to adjust to and personality breakdowns occur, there is still evidence that the predominant traits, developed earlier, will be dominant in the pattern the breakdown takes.

Changes in the self-concept are due mainly to subjective awareness of aging on the part of the elderly. This is often accentuated by their acceptance of the cultural stereotype of old age and by their recognition of social attitudes toward them and the treatment they receive from members of the social group because of their age.

When the elderly become aware of the physical and psychological changes that are taking place within them, they begin to think of themselves as “old.” As result, they are likely to think and behave as old people are supposed to. In time, they develop personality patterns that conform to social expectations.

In spite of the fact that the number of old people is increasing rapidly, they still constitute a “minority group” in our culture. They suffer from subordination to the younger members of society, and they are discriminated against and made to feel unwanted, as all minority-group members are. Because of their minority-group status, many old people develop personality traits that are typical of members of minority groups, such as hypersensitivity, self-hatred, feelings of insecurity and uncertainty, quarrelsomeness, apathy, regression, introversion, anxiety, overdependency, and defensiveness.

It is important to recognize that not all older people develop “minority-group” personality patterns. Even those who do develop such patterns do not develop all the traits characteristic of such patterns or in equal strength. Personality differences occur in old age as in every other period of life. However, those who are institutionalized, especially when against their wishes, have poorer attitudes toward themselves and more marked characteristics of the minority-group personality than those who live outside institutions.