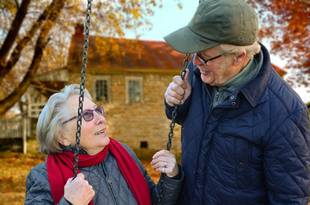 Having known, since early adolescence, the important role appearance plays in social judgements, social acceptance, and leadership, middle-aged people rebel against threats to the status they fear they may lose as their appearance deteriorates.

For the man, there is the added handicap of competition with younger, more vigorous, and more energetic men who tend to judge his capacity to hold down his job in terms of his appearance. For both men and women, there is the ever-present fear that their middle-aged looks will militate against their ability to hold their spouses or to attract members of the opposite sex. List below shows how some middle-aged people react to the attitude of members of the social group toward their appearance.

As a general rule, men in our culture show signs of aging sooner than women. This may be explained by the fact that women, who know how much their attractiveness to members of the opposite sex depends on their physical appearance, quickly cover up the signs of middle age.

The signs of aging also tend to be more apparent among members of some socioeconomic groups than others. In general, men and women of higher socioeconomic groups appear younger than their years, while those of the lower socioeconomic groups look older than they actually are. This may be explained partially by the fact that those of the more favoured groups work less, expend less energy, and are better nourished than those who must earn their living by hard manual work. Furthermore, those who come from the less well-to-do groups are unable to afford the beauty aids and clothing that cover up the telltale signs of aging.

The most obvious – and, to most men and women, the most troublesome – telltale signs of aging are given below:

During middle age, fat accumulates mainly around the abdomen and on the hips.

Loss and Graying of Hair

The middle-aged man’s hairline begins to recede, the hair becomes thinner, and baldness on the top of the head is very common. Hair in the nose, ears, and eyelashes becomes stiffer, while facial hair grows more slowly and is less luxuriant. Women’s hair becomes thinner, and there is an increase of hair on the upper lip and chin. Both men and women have a predominance of gray hair by fifty, and some have white hair before middle age ends.

The skin on the face, neck, arms, and hands becomes coarser and wrinkled. Bags appear under the eyes, and dark circles become more permanent and pronounced. Bluish-red discolorations often appear around the ankles and on the mid-calf.

The shoulders often become rounded, and there is general sagging of the body which makes the abdomen appear prominent and causes the person to look shorter.

Most middle-aged people’s muscles become soft and flabby in the areas of the chin, upper arms, and abdomen.

Some middle-aged people develop problems in their joints and limbs that cause them to walk with difficulty and to handle things with an awkwardness rarely found in younger adults.

The teeth become yellowed and must often be replaced with partial or complete dentures.

The eyes look less bright than they did when the individual was younger, and there is a tendency for mucous to accumulate in the corners of the eyes.