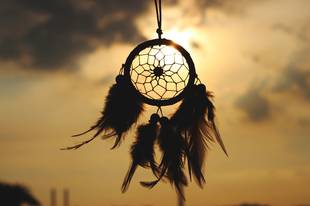 To be conscious is to be alert and active, as you are when you awake from sleep. It also means to know oneself and to be aware of one's surroundings.

A common experience is that things drift in and out of consciousness. We do not only remember and forget but we also shift our attention from one thing to another, perform habitual acts absent-mindedly and so on.

How do we differentiate the degrees of consciousness?

1. Nonconscious - This is a degree of consciousness wherein we never become aware of some activities taking place in the body. Example: Changes in the secretion of body hormones, and the concentration of salt in the blood.

2. Preconscious - According to Freud, this refers to those memories that are available to consciousness but are not recallable at a given moment. Example: The "tip of the Tounge" phenomenon, that is we know something such as a name, add know fully well that we know it but the memory is not accessible at the moment, or it does not readily come to consciousness.

3. Unconscious - This process infer to explain certain behavior like forgotten memories or emotions that we do not understand. Example: Unaware of calling someone by the wrong name, revealing a "secret" unintentionally, or by inserting negative in a sentence intended to express something positive.

What is subconscious experience?

Subconscious experience refers to related activities that go with dim or absent awareness. The experience is described as subliminal perception or below threshold. The stimulus may not be attended to, as in the example of the clock striking the hour.

What are the modes of consciousness?

The term consciousness refers to a wide range of mental phenomena. We can identify two modes of consciousness: passive, receptive state and active productive mental activities. Leaning back to listen to music fall under passive mode while initiating plans represents the active mode. The boundaries between the active and passive become blurred when we consider consciousness as an agent of control. Voluntary behavior appears to be largely conscious. At the same time voluntary acts can become habitual, in which case consciousness diminishes.

How can we explain the divisions of consciousness?

Consciousness if often divided as we shift attention and do more than one thing at a time. When attention is divided, two interpretations are offered. One is that attention is really given to only one thing at a time, but there maybe a rapid shift from one contex to another. This is known as serial, or intermittent, processing of the information from two contemporaneous sources. The other interpretation is that the two processes are simultaneous. This is known as parallel processing. If one of the processes is conscious and the other, subconscious the processes are dissociated.

Multiple personalities represent extreme dissociation's, because the divided parts or personality have some degree of independence and integration, as though they were separated selves within the same body.

What other conscious activities may take place other than those of normal waking conditions?

There are conditions which produce a context for modified consciousness described as altered states of consciousness. These conditions are seen in sleep, dreams, meditation, drugs, drunkenness, and hypnosis.

The aspects of sleep include: sleep schedule, depth of sleep. Sleep schedules refer to the characteristics times between periods of sleeping and periods of waking. The schedules differ according to age. Depth of sleep can now be studied with the aid of the electroencephalogram (the ECG). Sleep involves 5 stages: - four stages of depth and fifth stage known as rapid - eye - movement (REM) sleep, in which dreams commonly occur.

Stage 1 - The brain waves become less regular from the regular pattern of 8-13 vibrations (Hz) per second known as alpha waves. In Stage 1 the brain waves are reduced in amplitude with little or no alpha.

Stage 2 - The brain waves are characterized by the appearance of spindles - short runs of rhythmical responses of 13 to 16 Hz, slightly higher that alpha.

Stage 3 and 4 - The brain waves are characterized by slow waves known as delta waves. It becomes more and more difficult to awaken the person during these stages. However, something personal, such as a familiar name, can often arouse a person from a deep stage while a more impersonal stimulus, such as a loud sound, may not. These stages, 3 and 4, tend to disappear in the second half of the night as the REM becomes prominent.

Stage 5 - This is known as the REM stage dreams commonly occur. Here, the EEG record is similar to Stage 1 but eye movements appear on the record.

Ordinarily, we have a great deal of voluntary control in deciding when to sleep and when to stay awake. Napping practices illustrate the significance of voluntary controls. There are people who suffer great difficulty falling asleep or remaining asleep. This is known as insomnia. Narcolepsy and apnea are more severe than the familiar complaints of insomnia. Narcolepsy is an uncontrollable tendency to fall asleep; apnea a condition in which the individual cannot breathe while asleep.

Dreams are products of the imagination in which memories or fantasies are temporarily confused with external reality. The processes that control dreaming are hidden. Dream theories tend to think of dreams as trying to tell us something. Example: Joseph's interpretations of Pharao's dreams. Of modern interpreters of dreams Freud (1900) felt that dreams were influencedd by wishes or by drives. In the dream, forbidden desires were acted out in disguised forms: 1) dream with a manifest content such as the actually experienced dream, and a latent content, the deeper motives that the dream distinguished. Jung (1968) developed a theory, the conception of archetypes. These consist of fundamental notions such as God, Mother, Wise Old Man. The archetypes emerge in the interaction between the conscious and unconscious parts of the personality which appear in symbolic form of four people representing parts of the personality, various aspects of masculinity and femininity, good and evil, and so forth. According to French and Fromm, (1963) and Hall (1966), we see dreams as a form of problem solving in whcih metaphors and associations help the dreamer deal with on going personal problems.

What are some basic questions about dreams? How are they answered?

Here are some representive questions:

According to Goodenough & others (1959) "recallers" and "nonrecallers" appear to dream equally often if we accept the REM-sleep evidence.

2. How long do dreams last?

According to Dement & Wolport, (1958) the time it takes for subjects to describe or pantomine a dream is directly proportional to the length of time they were in REM sleep before being awakened.

3. Do we incorporate external stimuli into our dreams?

A sleepover delays awakening by "translating" the sound of the alarm clock into another sound like the fire engine siren.

4. When do sleeptalking and sleepwalking take place?

Laboratory studies showed that 75-80% of the sleep-talkers' speeches occurred during the NREM sleep while 20-25% occured during REM sleep. (Arkin and other 1970.) The subjects usually forget what they did while sleep walking. (Jacobsen and Kales, 1967).

5. Do people know when they are dreaming?

According to Brown and Cartwright (1978), divided controls are evident when dream flows on.

What is meditation? What subjective changes take place after meditation?

Meditation is an effort to produce a desired state of consciousness by following prescribed exercises. We can transcend the everyday world and contemplate visions of ideal, imaginary worlds. In the past, people isolated themselves on mountain tops, fasted, performed special rituals. To seek experiences of novelty and depth. Meditation has been invested with religious significance. Today, many westerners have adopted eastern practices such as Zen Buddhism, yoga, and similar disciplines for spiritual reasons, or simply to relax and increase self-awareness as in Transcendental Meditation, or TM.

What are psychoactive drugs? What are their effects on consciousness?

Drugs that produce subjective effects are known as psychoactive.They include:

1. depressant such as alcohol and heroin.
2. stimulants such as amphetamine and cocaine, and
3. hallucinogens such as LSD and marijuana.

Each of these drugs has its own characteristics effects, subject to dosage, individual differences among the users, and the social surroundings in which the drug is used.

Hypnosis is the responsive sate achieved following a typical induction. The procedure usually involves relaxation and stimulated imagination. Only a willing and cooperative subject can be hypnotized. Controversies over hypnosis have not ended, however medical associations support its teaching in medical schools and its cautious use in medical practice.

The results of hypnosis and the well established facts of psychosomatic medicine demonstrates that a person's attitude and expectations can control what happens to bodily processes such as muscle tension, heart rate, or blood pressure through long and disciplined exercise. With practice, people can wiggle their ears and do many muscular tricks. This is illustration of "mind over body"

Stevenson (1977), mentions hypnotic regression as an aid to the study of reincarnation. Reincarnation is a belief that life continues after death by a new cycle of birth and the dead person lives again in the form of another person.

How To Turn Your Dreams Into Reality

1. Decide What Exactly You Really Want I know we ...