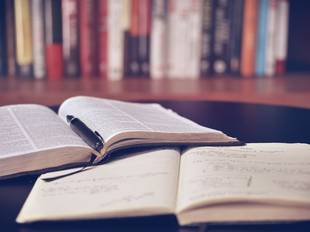 Structure and Governance of the Philippine Educational System

The Philippine educational system is an organized bureaucracy which provides formal and non-formal education. The three academic levels of formal schooling are the elementary or primary, secondary and tertiary.

The first level, elementary education, involves compulsory six grades in public schools and seven grades in some private schools, in addition to optional pre-school programs. The pre-school education usually consists of kindergarten schooling and other preparatory courses. At the age of 3 or 4, a pupil may enter nursery school until 5 and 6 years old; then he/she proceeds to grade one.

The second level or secondary education corresponds to four years of high school. The third level is tertiary education or higher education which is divided into collegiate or undergraduate, graduate or master’s and post-graduate or doctorate levels in various disciplines. Post-secondary schooling consists of two or three-year non-degree technical or vocational courses.

Non-formal education includes acquisition of knowledge even outside school premises. It is offered to particular clientele like the out-of-school youth or adult illiterates who are given literacy and livelihood skills training.

The Department of Education has the responsibility of administering, supervising and regulating basic education (elementary and secondary education). All policies, standards, rules and regulations concerning basic education emanate from the DepEd. The administration and supervision of higher education is lodged in the Commission on Higher Education (CHED), which was created by Republic Act 7722, while the post-secondary technical-vocational education is under the Technical Education and Skills Development Authority (TESDA) which is also in charge of skills orientation, training and development of out-of-school youth and unemployed adults. The TESDA was created by Republic Act 7796.

The Philippines is using a bilingual medium of instruction. Certain subjects are taught in English and the rest in the national language, which is Filipino.

Private schools throughout the Philippines are funded from capital investments, equity contributions, tuition fees and other school charges, grants, loans, subsidies, and legislations.

The general characteristics and purposes of education in any particular society is best understood in the historical context. Even during the prehistoric times, man was determined to acquire knowledge and skills needed for survival in rather inhospitable environment. As he developed more wants, he learned to adapt to his environment and conquer the forces of nature to conform to his biddings. Modern man’s search for more knowledge has transcended the knowledge for survival; now man searches for more wealth, more power, and more prestige.

The aims and objectives of education vary from one country to another. Historically, the school, as part of the society’s superstructure, is the established institution to transmit and maintain its traditional culture. The primary goals is education is to socialized the young along society’s beliefs, values, social norms, skills and knowledge for the preservation of the existing social order. It cannot be otherwise; for throughout history, the school has been used as an ideological apparatus to legitimize and support the dominant minority group or class. Under the present global dispensation, the school is the ideological tool of the capitalists, the minority elite class, and the small group in the upper echelons of the military hierarchy. The school has always been used for the benefit of the groups that hold power.

In the Philippines, the aims and objectives of education vary from one historical epoch to another. During the pre-Spanish period, education was through apprenticeship, imitation and rituals (ceremonials). The aim of informal education carried on by the family and the community’s witchdoctors, shamans, or priests was to train the youth develop the knowledge and skills for survival and for their adult roles in the community. Many scholars believed that a system of syllabic writing, the Alibata and Sanskrito, had existed before the coming of the Spaniards. One of the aims of education then was to develop literate members of the community.

The Spanish and American colonizers influenced greatly the objectives of Philippine education. During the Spanish regime, the aim of education was the Hispanization of the Filipinos and the propagation of the Christian religion.

The objectives of education during the American colonial period shifted to the institution of popular education, liberal democracy, training for citizenship and eventual self-governance of the Filipinos. English was imposed as the medium of instruction.

During the short-lived Japanese regime and Japanese-sponsored puppet government, the aim of Philippine education was the transmission of Japanese culture and ideology under their vision of East-Asia Co-prosperity Sphere. While Niponggo was taught in school, Filipino and the vernacular were used as the medium of instruction.

The aims/objectives of education during the regimes of the various colonial warlords were clearly the reflections and representatives of the ideologies and cultures of these foreign colonial masters.

In the 1935 Constitution of the Philippines up to the 1977 Constitution before its revision in 1986, the aims/objectives of Philippine education is “to develop moral character, personal discipline, civic-consciousness, love of country, vocational efficiency and to teach the duties of citizenship.”

“All educational institutions shall inculcate patriotism and nationalism, foster love of humanity, respect for human rights, appreciation of the role of national heroes in the development of the country, teach the rights and duties of citizenship, strengthen ethical and spiritual values, develop moral character and personal discipline, encourage critical and creative thinking, broaden scientific and technological knowledge, and promote vocational efficiency.”

“The State shall assign the highest budgetary priority to education and ensure that teaching will attract and retain its rightful share of the best available talents through adequate remuneration and other means of job satisfaction and fulfilment.”

This constitutional provision is hardly applied. The foreign debt servicing and the military continue to receive the highest budgetary allocation. Unless the people who run the reigns of government manifest the political will to apply this constitutional provision, our dream of quality teachers and quality education for the Filipino youth will remain an elusive illusion. Unless and until our teachers are adequately remunerated and not overburdened by non-teaching tasks, job dissatisfaction and frustrations shall continue to hamper teacher’s motivation and productivity.

Functions of Education Education performs both manifest and latent functions ...

The Nature And Etymology Of Education

In the widest sense, education may be held to include ...

Education in the Philippines has undergone several stages of developments ...