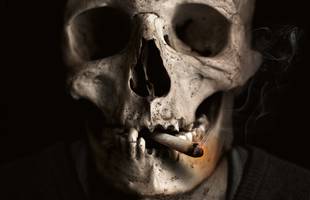 Stimulants are drugs that increase certain functions of the central nervous system. These drugs increase mental alertness, reduce hunger, and provide a feeling of well-being. Its medical uses include treatment for narcolepsy - a condition characterized by an overwhelming desire to sleep. Abrupt withdrawal of the drug by the heavy abuser can result to deep and suicidal depression.

On the lessons above, you learned some of the common example of stimulants. Among these, we will discuss about amphetamines, shabu and ecstasy more extensively.

In medicine, amphetamines are sometimes used to combat fatigue, prevent drowsiness,reduce appetite and treat nervous system disorders. When prescribed, doses are small and given only for a short period of time.

All amphetamines stimulate the nervous system. Sometimes, these cause dilation of the pupils, dryness of the mouth, sweating, headache and diarrhea. Regular use of these drugs can damage physical and mental health. Heavy users may become fearful and distrustful of others. This mental state can lead to a violent behavior. An overdose can cause collapse of the circulatory system, convulsion, comatose and death. An injection produces a much greater effect than that of a pill. In the drug culture, speeding refers to the repeated use of amphetamines, after methedrine, in high doses over a short perios of time. Speeding is extremely dangerous and can be fatal.

Medical And Common Names Of Amphetamines

1. Users take it to get a quick high feeling.

2. They make use of it to keep awake. Some students use amphetamines to stay awake while cramming for exams. Some long distance truck drivers use them to stay alert on trips, thereby causing traffic accidents. Some entertainers use them to work for long hours beyond the normal physical limits of their bodies.

3. Some people use it for crash weight reduction program. Teenagers or women who are overweight use these pills without even consulting their physician.

4. Other use it for relief from fatigue. Athletes use this especially during athletic meets are overweight use these pills without even consulting their physician.

5. Those who are depressed make use of it to obtain relief from depression.

6. There are also individuals who use it to keep them active and alert. It is commonly used by business executives when dealing with other people.

Any or all of the above individuals can become dependent on these incredible energy sources before they become aware that it happened. Most of the time these people feel they cannot stop using amphetamines.

1. To treat patients who suffer from narcolepsy (involuntary sleep)

5. To counteract fatigue in persons who must perform tasks for a long period of time when fatigue may endanger safety.

6. To enhance the action of other drugs by speeding up body processes.

Misuse and abuse of amphetamines and other "pep" pills are, in many ways, closely related to their medical use. The most common form of amphetamine abuse is in pill popping in order for wary individuals to get a lift.

Effects Of Amphetamines If Abused

1. Psychological Dependence - an emotional or mental adaptation because of the effects of the drug. The abuser not only likes the feeling given by the drug but wants to reexperience it. He feels he cannot function normally without the drug.

3. Amphetaminic psychosis - produced from large amounts of amphetamines accumulated in the body.

5. If affects one's social standing in his community.

6. It affects one's responsibilities to the community.

Signs and Symptoms of Amphetamine Misuse and Abuse

2. Change in appearance, like suddden weight loss and change in cleanliness and dress habits.

4. Lack of interest in relationships that used to be important.

7. Dropping performance in school or sports.

10. Noticeable immediate effects of the drugs.

Shabu is the name for the chemical substance known as metamphetamine hydrochloride. It is also popularly known as a "poor man's cocaine." Other common names are shabs, ubas, S, siopao, sha and ice.

This chemical substance is being smuggled into the country bydrug traffickers and syndicates from Taiwan, Hong Kong, Japan and South Korea. It has been reported that there are clandestine laboratories in the Philippines suspected of manufacturing this substance.

Shabu is a white, odorless crystal or crystalline powder with a bitter numbing taste. Abusers are known to take this drug by injection, inhalation, or sniffing.

2. Lose of appetite and inability to sleep.

3. May lead to acute psychotic reactions, violent and destructive behavior, and recklessness that may result in accidents.

Psychiatric effects are the major features of chronic shabu abuse and dependency. Prolonged use and even a single exposure, especially if administered intravenously, can lead to manifestations of a full-blown psychosis which is similar to schizophrenia characterized by the presence of paranoid delusions, auditory and visual hallucinations. The paranoia may lead to violent and aggressive behavior.

Some chronic users have difficulty concentrating on remembering things. Diminished ability to cope with problem and difficulty in facing reality are common. Loss of interest in sex, ambition or motivation may also result.

Chronic snorters may suffer from sever irritation of nasal passages and at times may even develop tissue perforation of the nasal system so that they become prone to frequent nosebleeding. Renal damage, heart disease and stroke have been documented among chronic abusers.

Injecting shabu from contaminated needles may lead to risk of infections resulting to inflammation of the blood vessels (Phlebitis), infection of the heart valves (endocarditis), blood poisoning (septicemia), and the most dreaded disease, AIDS, all of which can lead to death.

After "shabu", the so-called "poor man's cocaine," the latest mind-altering drug to descend is Ecstasy, the rich man's "hug drug."

Ecstasy does not cater exclusively to the rich anymore. It has hit the streets, whereas before it was only peddled in the popular bars and dance clubs in the urban areas.

The government agencies that are tasked to monitor drug abuse and drug trafficking in the country hardly any data about Ecstasy. Known to chemists as methylenedioxymetamphetamine, or MDMA.

Ecstasy has become the drug of choice among pushers and users because it looks just like an ordinary pill and is thus easier to pass around. It is also easy to use. There's no need for cumbersome paraphernalia in order to take the drug. All you have to do is pop the pill into your mouth and take it like any ordinary medicine. And you leave no incriminating evidence afterward.

It looks so much like vitamin tablets for kids that even parents would not suspect anything wrong even if their children take it at the dining table.

Ecstasy is also called the "hug drug" because it induces heightened expressions of empathy from users.

What Ecstasy Does to Users

Attack, Alcoholism and Shock Heart Attack The technical term for ...

Drug abuse constitutes one of the most serious problems besetting ...