The Nature Of Psychology 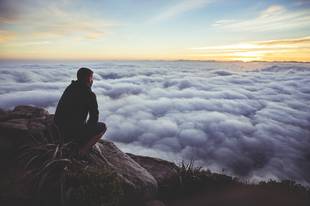 Psychology is derived from two Greek words: psyche and logos, meaning soul and study. Psychology is the science of behavior. As a science, it gathers knowledge by carefully observing and measuring events and by experimenting. It is also an art because it develops skill in applying scientific knowledge to problem solving.

How did psychology develop?

Let us have a quick flashback to the past. Psychology has been for the most part a continuous process of evolution. The history of modern psychology is divided into three periods:

3. The specific and factual period from Tolman 1932 on.

Early questions centered on the philosophical question, "What is the nature of the mind." After the philosophical period, psychology became institutionalized and a new generation of experimental psychologist developed. The first laboratory was established at the University of Leipzig in Germany by Wundt in 1879. The third period began in 1930s as problems became more specific. This period is typified by textbooks in child, educational, industrial, clinical and other specialized fields. The roots of psychology are philosophical, physiological, and methodological. It has been influenced by the theory of evolution. Questions were asked about heredity and environment, about individual differences, about animal behavior. Genetic psychology grew rapidly as experiments dealt with comparative studies of animals and man. Psychology was related to psychiatry by the early 20th century, with emphasis on the neuroses and psychoses. Psychology emerged in the United States at the beginning of the 20th century. The first American laboratory of experimental psychology was founded at John Hopkins University in 1883. The first graduate school of applied psychology was founded at the Carmegie Institute of Technology. Psychology has become widespread by the end of the World War II.

What schools of thought or "isms" were developed?

In the late 1800s and early 1900s psychology grew up to provide their own answers to the questions, "How should we study people?" Opposing view points as to the nature and function of psychology led to controversy among the psychologists. Disputes and even angry arguments between members of the various psychology schools were common place.

This was developed in Germany in the 19th century. Its main leader was Wilhelm Wundt and later by Edward Bradfort Tichener. The structuralists were primarily concerned with discovering the structure of the mind. They believed the mind to be made up of building blocks in the form of various types of sensation and perception. They also believed that these building blocks could be discovered through introspection or looking into one's own mind. The structuralists discovered many laws of perception but they were not able to achieve their goal.

A new school of thought known as functionalism arose as the center of psychologial study in the United States. Its main leaders were James R. Angell, John Dewey, and Harvey Carr. They all taught at the University of Chicago early in the 20th century. Its most important contribution was in changing the focus of psychology to learning, motivation and thinking. These were away from the structuralists' emphasis on individual perceptions and sensations. The functionalists developed the technique of longitudinal research to understand human behavioral processes. This technique permits the psychologists to observe and to record the person's development over a long period of time, how he reacts to different circumstances using interviews, tests, and observations.

This school which Sigmund Freud started attempted to find the cause and cure of personality disorders. He postulated the existence of unconscious mental processes which influenced the individual's behavior in various indirect ways. Freud, was a famous physician and psychiatrist. His psychoanalytic theory emphasized the role of motives and cravings or desires, often hidden and repressed in the unconscious mind. These result in abnormal behavior. He also asserted that the sex urges in the unconscious constitute the main human drive and this is known as the "libido" theory.

Carl Jung denied Freudian libido. He regarded personality as the strongest force in determining human behavior. He asserts that men and woman are either extroverts or introverts. This belief led to a school called the "analytical school"

Alfred Adler had also another idea. Although he believed in Freud, Adler insisted that the strongest human urge is not the libido but the unconscious attempts of the individual to overcome the feeling of inferiority. Adler's theory is known as "individualism".

This school was founded by John B. Watson. He criticized both the structuralists and the functionalists for their use of "introspection" as a technique. He insisted the use of objective methods in studying human behavior because their observations and measurements could be checked and verified by other psychologists. He pointed out that knowledge arrived at by introspection or self observation cannot be subjected to verification by objective means.

Watson's behaviorism was very influential, partially in the United States. As a result, many psychologists began to limit their research to those areas which could be measured by highly objective instruments.

The German term Gestalt means "configuration" or "pattern". This was founded by Max Wertheimer in 1912. The Gestalt school maintained that psychology should study the whole pattern of behavior or the perception of organized configuration. He stressed the fundamental principle that the whole is more than the sum of all its parts. It was the over-all pattern of any behavior which was more important to study than the specific aspects which made it up. This school made use of the introspection and observation methods. The Gestalt school contributed much to the understanding of learning, memory, and problem solving.

William Mc Dougall conducted researches in the field of psychology in Duke University of Durham, North Carolina. He believed that objects, movement, and behavior have definite purpose. In man the ductless glands produce hormones which give him purpose. This belief led to purposivism, also known as "hormic" psychology.

People have many attributes. They differ greatly in distinctiveness. Society ...

7 Traits To Master To Build Your Own Empire

Ultimate power is the ability to produce the results you ...

What Are The Subfields Of Psychology?

Psychologists organize their findings concerning the various aspects of the ...